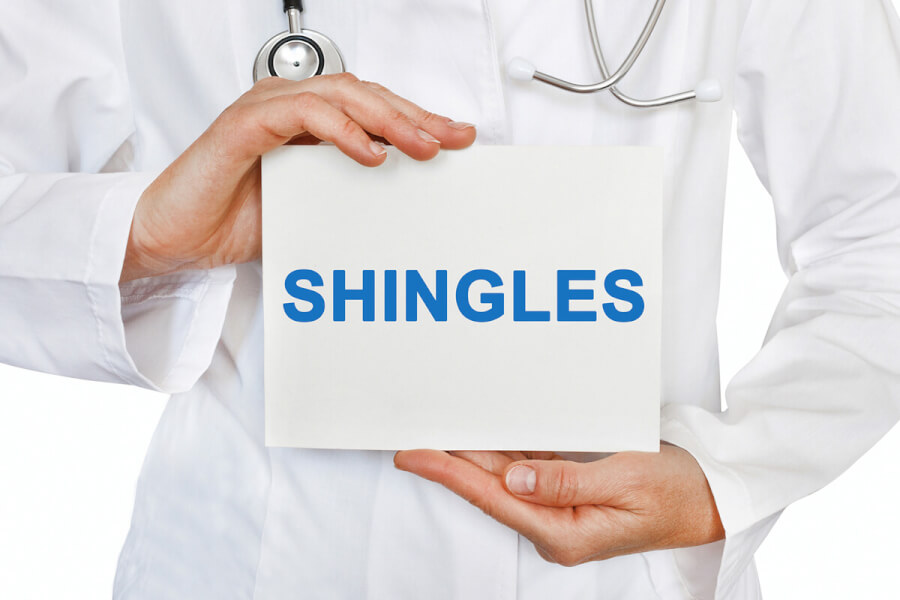 Valtrex, a powerful antiviral medication, won’t cure shingles, but it can significantly reduce the duration and discomfort of a shingles attack. And if you’ve had chickenpox, the virus responsible for shingles is already in your body and could surface in the form of a shingles attack at any time.

Anyone who has had chickenpox can develop shingles, which can be painful and debilitating. Shingles are caused by a virus called varicella zoster, the same virus that causes chickenpox.

Shingles show up as a rash of blisters, usually in a “stripe” around the left or right side of the torso. However, shingles can show up on the neck or face.

After three to five days, the blisters scab over, but before this happens, most people experience discomfort ranging from itching to extreme pain. Anyone who has had chickenpox is at risk of developing shingles later on.

When shingles is suspected in the area around the eye, it’s critical to consult a doctor. If left untreated, shingles around the eye area can cause permanent eye damage.

How Shingles Is Treated

The shingles virus does run its course, but it can be painful and result in a complication called postherpetic neuralgia, pain or itching that remains for months — or even years — after the blisters have scabbed over and healed. A medication called valacyclovir, which is sold under the brand name Valtrex, can reduce the severity and duration of the shingles attack.

Treatment with Valtrex should begin as soon as possible after shingles is recognized. The sooner the treatment begins, the better Valtrex works at limiting the severity and duration of the attack. Furthermore, treating shingles right away with Valtrex halves the risk of developing postherpetic neuralgia. The best results are in people who start treatment within 72 hours of the emergence of the rash.

Valtrex works best when medication levels are kept constant, so it’s important to take the medicine at evenly-spaced intervals. You should continue taking Valtrex until the full, prescribed amount of the medication is finished. You should not skip doses or stop taking Valtrex except on the advice of your doctor.

In most people, shingles resolves without complications. However, in some people, untreated shingles damages nerve fibers and the result is postherpetic neuralgia, which can persist for months or even years. Shingles around the eye can result in eye infections that can sometimes lead to vision loss. Depending on which nerves are affected by shingles, complications can include inflammation of the brain, paralysis of the face, or problems with hearing and balance. Finally, when shingles blisters are not cared for properly, bacterial skin infections can result. Prompt treatment with an antiviral drug like Valtrex can help prevent complications.

Most people who get shingles won’t get it again, but it is a possibility, particularly among older people, people taking certain cancer medications or steroids, and people who have a weakened immune system from cancer or HIV. According to the National Institutes of Health, one-quarter of adults will develop shingles at some point in their lives, and most of these people are otherwise healthy.

No Cure for Shingles

Although there is no cure for shingles, treatment with Valtrex, begun as soon as possible after appearance of the rash, can make an enormous difference in how painful and long-lived the outbreak is. Longtime online facilitator eDrugstore.com dispenses Valtrex at competitive prices and delivers it quickly, right to your door, using trusted shipping providers. Because Valtrex is also prescribed for the treatment of genital herpes, a sexually transmitted disease, the medication is profiled on eDrugstore’s Sexual Diseases page. Visit there to learn more.

If you believe you have a rash that is shingles, don’t waste time: quick treatment can help prevent complications and make shingles a less unpleasant experience.