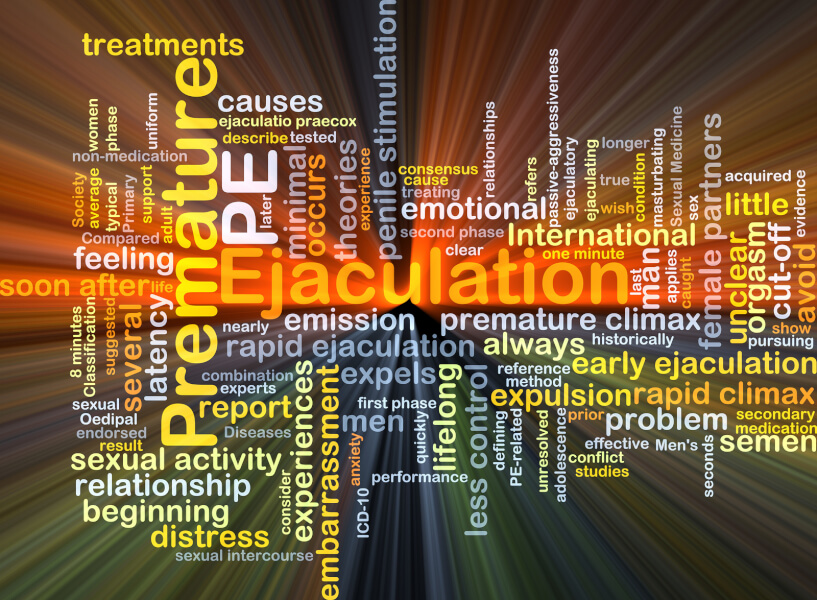 A painstaking analysis of data from multiple studies found that men suffering from premature ejaculation were more likely to develop erectile dysfunction. The link between the two appears to be largely psychological in nature.

The most common manifestations of male sexual dysfunction are premature ejaculation and erectile dysfunction. The former occurs when a man ejaculates shortly after penetration or even before, while the latter is characterized by an inability to achieve and sustain an erection suitable for intercourse.

Some men, especially those at both the lower and upper ends of the age range, suffer from both premature ejaculation and ED, which has led some researchers to question what, if any, links exist between these two disorders.

A few years back, a team of Italian researchers undertook an ambitious meta-analysis of data from studies that explore the possibility of an association between PE and male impotence. Their review, published in the December 2015 issue of The Journal of Sexual Medicine, identified 18 relevant studies covering a total of more than 57,000 men.

Slightly more than 21 percent of all the men covered in these studies were found to suffer from PE. And among these men with PE, the risk for developing male impotence was higher than that seen in men who did not suffer from PE.

Interestingly, those who suffered from both PE and erectile dysfunction also reported symptoms of anxiety and depression but suffered from a lower incidence of underlying illnesses such as diabetes, high blood pressure, and elevated cholesterol levels.

The findings from the Italian study seem to point to a psychological link between PE and male impotence rather than a physiological association between the two disorders. Men who suffer from one of these forms of sexual dysfunction become anxious and even depressed when they engage in sexual activity. Such psychological pressures might lead one suffering from male impotence to rush the sexual act before he loses his erection. By the same token, men worried about their tendency to ejaculate prematurely may become so worried about that problem that they find themselves unable to maintain an erection for the duration of the sex act.

An article posted at NationalMaleMedicalClinics.com points out that some men who unknowingly suffer from premature ejaculation mistakenly assume they are experiencing ED. It is normal for a man to lose his erection shortly after ejaculation. Some men apparently don’t fully understand this concept and thus interpret their loss of an erection as proof positive that they are suffering from male impotence.

How to Reduce Anxiety Levels

Because of the apparent psychological links between these two forms of male sexual dysfunction, some medical professionals recommend regular exercise and the practice of relaxation techniques to reduce anxiety. In an article posted at OnlineDoctor.LloydsPharmacy.com, writer Charlotte Simpson notes that “being relaxed during sex will help you to focus your attention on pleasurable sensations, rather than being preoccupied with your erection or ejaculating too soon.”

If you have found this article helpful and would like to see more of the same, follow our blog, which explores the latest developments on the consumer health front, especially news relevant to sexual health and function.