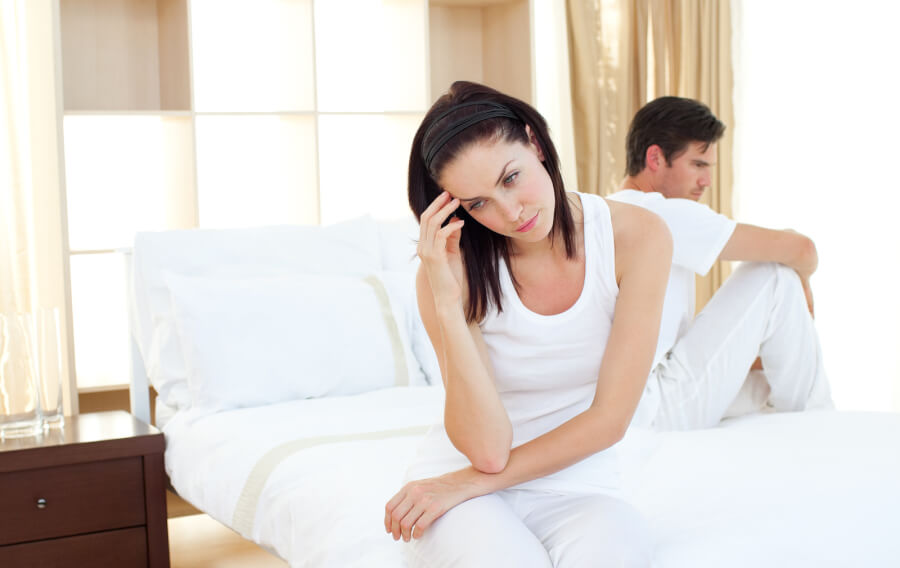 One of the most common forms of male sexual dysfunction, premature ejaculation can leave sexual partners unfulfilled and disappointed. But certain steps can be taken to control the problem if it becomes persistent.

Premature ejaculation, or PE, is “officially” defined as a recurrent problem of ejaculation before a man wants it to happen, usually with minimal sexual stimulation.

There’s no set time limit to what constitutes PE, and estimates of prevalence range from 3 to 30 percent. Almost every man has experienced PE at one time or another. Risk factors for PE include:

In some men, PE is a conditioned response, perhaps due to early sexual experiences. In others, lack of awareness of the sensations that occur right before orgasm can cause PE. Unfortunately, PE can turn into a vicious cycle. A man may seek out sex less often because of PE, and then become overly excited in sexual situations, leading once again to PE, after which the cycle continues.

There are many ways of dealing with PE, and what works for one man may not be right for another. Some men claim that working mental math problems during sex can delay orgasm, but math is the last thing most men want to think about during sexual activity. Here are five other ways men deal with PE. Perhaps one or more can help you.

Kegel exercises involve contracting and releasing your pubococcygeus (PC) muscles. These are the same muscles you contract to stop urinating mid-stream, so if you’re not sure where your PC muscles are, you can try this once or twice to learn. (However, repeatedly performing Kegels during urination can lead to urinary tract infections, so don’t overdo it.) Practice these exercises several times a day. Do 10 or 15 quick Kegels, and do another set where you contract the muscle, hold it for a few seconds, relax, and then repeat. After doing two or three sets a day for a few weeks, you should gain better control over ejaculation. Some men report that Kegel exercises result in firmer erections as well.

2. Use Thicker or Desensitizing Condoms

Condoms are available in different thicknesses, so you may want to try some of the thicker ones. You can also get desensitizing condoms, but these tend to get mixed reviews. Finding the right condom to help you delay ejaculation will probably involve some trial and error, but it can be a good solution for men who regularly use condoms and who experience PE.

Most men last longer if it’s been less than a day since their last orgasm, and some men cope with PE by having some solo activity before the duet, so to speak. How much earlier this should take place depends on each individual, because the refractory period between orgasm and obtaining another erection varies for each individual man.

One of the main complaints about antidepressant drugs called SSRIs (selective serotonin reuptake inhibitors) is a decrease in sexual sensitivity. But what kills sex drive in one man may be just enough of a dampening effect in a man who experiences PE. Some doctors will prescribe low dosages of SSRIs for men with PE. Keep in mind, however, that SSRIs are powerful drugs, and you should not take them without thoroughly discussing the advantages and disadvantages with your doctor first.

If none of the above sounds like a suitable solution, there are products sold without a prescription designed to help men prolong sexual activity. One of the most popular is Stimula for Men. Stimula for Men is a sexual lubricant that is formulated to help men last longer during sex. It can be used with or without condoms, and is available in convenient, single-dose packets that can go right in your pocket or wallet so you’re always prepared.

Premature ejaculation is very common, so if you experience PE, you are far from alone. Fortunately, you have several options for coping with it, and most of them are fairly simple and inexpensive. And who knows? For some men, knowing there’s a desensitizing condom or a packet of Stimula for Men in the bedside table is enough reassurance so that they can have less anxiety, which can help tremendously with PE as well.

eDrugstore.com offers a wide array of lifestyle medications and products like Stimula for Men at competitive prices. It also adheres to the highest standards of customer service and online security. Many orders are shipped the same day, using trusted couriers like FedEx, and orders arrive at your door in plain packaging to preserve your privacy. If you’d like to learn more, visit eDrugstore’s Stimula product page.