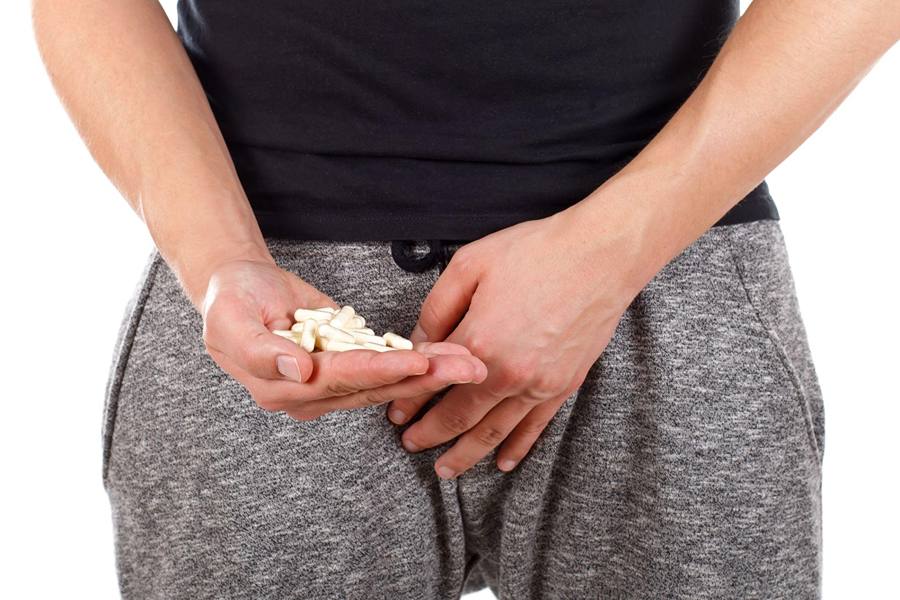 Many Zydenafil reviewers are unhappy with how this supplement works. This is hardly surprising.

The male enhancement supplement industry has always had a bad reputation. Herbal remedies and miracle blends can’t hold a candle to FDA-approved and scientifically proven solutions. Yet, people continue buying these herbal concoctions, looking for “natural” solutions or cheaper alternatives to approved medications.

According to its Amazon Page, Zydenafil, an herbal male enhancement “proprietary blend,” is frequently out of stock. Costing almost $40 per bottle of 30 pills, Zydenafil seems to be popular.

Yet, if you scroll down the page and take a look at the Zydenafil customer reviews, you get a different idea about the effectiveness of the product.

People don’t mince words when they feel swindled, and Zydenafil’s reviewers are no exception.

“Waste of money,” says a user. “Tried for a month. Virtually unnoticeable.”

Other Zydenafil user reviews complain about the pills being too big to swallow. Some call it “chalky.” One considers junk food a better investment than Zydenafil.

Although many purported users have given the product a five-star rating, few happy customers bothered to leave a review.

“This works and works fast,” says a happy user, “20 times better than Viagra.”

The websites that promote Zyldenafil and other similar products can’t rave enough about how great it is.

The FDA, however, doesn’t share their enthusiasm. It issues regular warnings about “tainted” male enhancement products, the contents of which it cannot verify. Granted, Zydenafil hasn’t made the blacklist yet.

Isn’t the FDA supposed to guarantee that crooked supplement makers don’t swindle or poison consumers? To some degree, it is. Dietary supplements are beyond its reach, however. And “proprietary blends” are in a shady class of their own.

What Is a ‘Proprietary Blend?’

Zydenafil is a proprietary blend containing a selection of ingredients often hyped as sexual performance enhancers.

The law governing the labeling of dietary supplements is the 1994 Dietary Supplement Health and Education Act. It requires supplement makers to list the total quantity of the ingredients in their blend. It does not require any details on the quantities of the blend’s components.

How do dishonest supplement makers exploit this loophole?

According to its supplement facts label, Zydenafil contains seven active ingredients. It also contains rice flour, gelatine, and magnesium stearate. The total is 975 milligrams, or almost one gram per serving.

A 2012 study says that L-arginine does not boost nitric oxide levels, which is the magic behind Viagra and other FDA-approved ED medications. Combined with tadalafil, an FDA-approved medication, L-arginine Hcl does seem to boost testosterone levels, but the study used 5 grams of the compound. Zydenafil doesn’t contain nearly that amount; the total of all its ingredients together is only 1 gram.

Several studies have concluded that Eurycoma longifolia (Tongkat ali) may help erectile function. It may even boost testosterone in aging men when combined with physical exercise. We don’t yet understand how it achieves these effects.

Researchers used generous doses of 200 milligrams per day. We don’t know how much of the extract Zydenafil contains, nor do we know the quality of the extract.

We have long known saw palmetto as a potential solution for prostate disease. It may even help with hair loss. In addition to improving urinary flow, it may boost testosterone in older men.

However, doctors have their doubts about the effectiveness of saw palmetto. Anecdotal evidence suggests that it may be useful, but science does not currently support its applications.

This plant is another “hype” ingredient of many testosterone boosting and erection-inducing supplement cocktails.

Some researchers have concluded that Tribulus terrestris does not boost testosterone levels.

Others have found that it may boost sexual performance through other means. In doses of 1,500 milligrams per day, it may work to some degree. Study subjects who used that dosage said that they felt like it improved their erectile function.

Zydenafil may contain a fraction of that amount, since a whole pill amounts to only 974 milligrams, and Tribulus terrestris is the fifth ingredient from the top on the label.

Muira Puama is another traditional herbal medicine. Tribal peoples have used it to treat sexual dysfunction. Science hasn’t studied it extensively yet, and we do not understand how or if it works.

This compound is a popular ingredient of many testosterone-boosting proprietary blends.

Black pepper is a “synergistic” Zydenafil ingredient. It may help the body absorb the other ingredients while having its own effects.

Whether it affects testosterone or erectile function in any way is unclear; science has not studied it enough.

Thus far, research has shown that the majority of “T-boosting” proprietary blends do not boost testosterone or improve your erectile function. Some may even lower testosterone.

Though its name may sound similar, Zydenafil is certainly not sildenafil, which is an FDA-approved drug. The active compound in Viagra, sildenafil boosts nitric oxide levels and enjoys strong scientific backing.

The Zydenafil reviews suggest a dubious herbal cocktail posing as a viable sildenafil alternative. Based on these reviews, Zydenafil’s results are dubious.

eDrugstore Can Help You

We carry sildenafil, Viagra, tadalafil, and Cialis. eDrugstore delivers your orders discreetly and quickly, and shipping is always free.