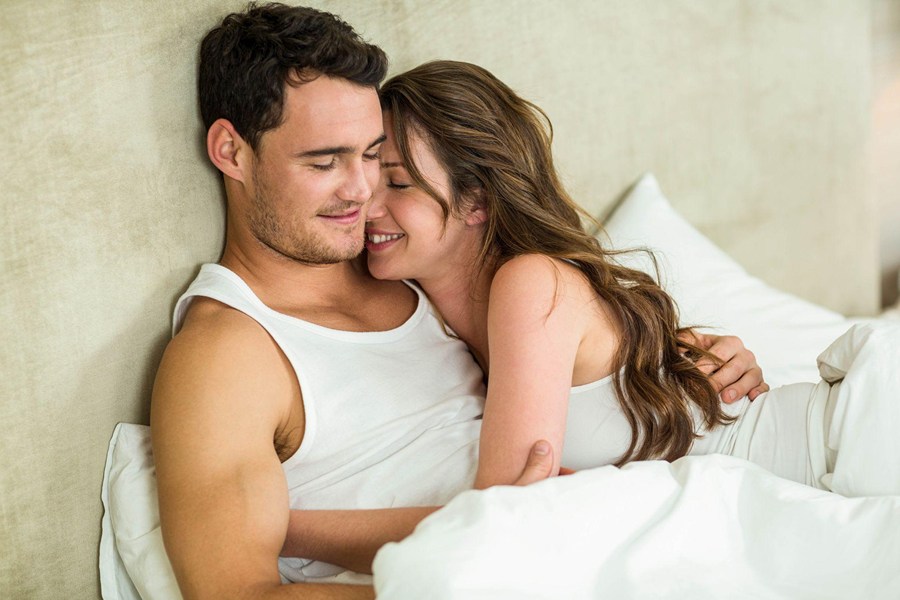 Testosterone makes you quicker, stronger, more aggressive, and more sexually capable. But can it also make men more amiable? It would fly in the face of what we currently know about testosterone, but brace yourself — a new study finds that T may also bring out out your feminine side.

A testosterone at-home test kit can tell you how much you have of this essential androgen.

Can Testosterone Make You Friendly and Agreeable?

According to recent animal research, it can. The hormone of male aggression may also be the hormone of male friendliness. Far beyond making men aggressive and energetic, testosterone likely also modulates complex social behavior.

Researchers looked at Mongolian gerbils, a species of monogamous, pair-bond rodents that bring up their young together. They administered testosterone injections to the males and studied their behavior under diverse circumstances. The conclusions were surprising.

Testosterone Is the Cuddle Hormone

Researchers put male and female gerbils together in a cage. When the animals established pair bonds and the females got pregnant, the males would become cuddly and caring toward them.

Having given a testosterone injection to spike the male gerbils’ testosterone levels, researchers expected the males to stop cuddling and become more aggressive. Instead, the males reacted by becoming even more caring and cuddly with their partners. Interestingly, the cuddly effects of the testosterone shot were lasting.

The friendly, agreeable attitude of the males did not disappear or change even a week after the shot.

Researchers then introduced other males into the gerbil cages. They expected the intruders to disturb the calm of the resident couples and turn the males aggressive.

The second shot was like a wake-up call for the test subjects. It jolted the resident males into a naturally aggressive mode, optimal for dealing with intruders.

Researchers concluded that the circumstances were the key to how the test subjects responded to the testosterone boost.

The resident male gerbils got the first shot when they were with their partners in offspring-rearing mode. The excess testosterone amplified their response, turning them into “super partners.” What’s more, it apparently “programmed” them to be friendly and cuddly in the future.

They got the second shot in the presence of the intruder males. Under these hostile circumstances, the excess testosterone “reprogrammed” the males, allowing them to deal with the threat better.

Researchers concluded that instead of promoting aggression and mating instincts only, testosterone enhances the behaviors needed according to the social context.

Details of the Study

Aggression is a costly behavior. Anyone who engages in aggressive behavior assumes risks they wouldn’t encounter otherwise. Therefore, it makes sense for people and animals to develop systems that enable them to be selectively aggressive.

In the human body, testosterone fulfills a multitude of roles. And it exists and works together with many other hormones. One particular hormone, oxytocin, seems to counterbalance testosterone and regulate social behavior.

Even recently, scientists believed that the role of testosterone in the testosterone–oxytocin balance was negative. Psychologists have associated testosterone with three types of social behaviors:

Even so, scientists knew that the testosterone–oxytocin link was not straightforward. Higher testosterone and lower oxytocin can lead to autism. Higher oxytocin and low testosterone accompany conditions like schizophrenia, depression, and bipolar disorder.

Now that we know that testosterone may help pro-social behaviors and agreeableness, it is time to rethink what we thought we knew about the social behavior-shaping role of the hormone of masculinity.

Based on the latest findings, we can conclude that testosterone and oxytocin shape social behavior together and in combination with other hormones.

Hormones play a nuanced role in human and animal bodies; they don’t flip switches on and off. Instead, they act as parts of an intricate and delicate balance one should not upset in any direction.

How Do These Findings Translate to Humans?

The results of animal studies do not apply to humans, but they do offer valuable clues for human research.

In this instance, these clues are highly relevant. Our hormones are the same as those of animals, and they act on the same parts of the brain. As we understand the biochemical dynamics of animal behaviors, we may discover the keys to our social behavior triggers as well.

The Importance of Healthy Testosterone Levels

Testosterone shapes both male and female behavior in more complex ways than doctors and psychologists previously thought. Beyond sex and aggression, testosterone plays a role in our social responses. In some ways, it may even allow us to predict and prepare for the future.

In addition to your health, an adequate testosterone level may also impact your social skills. Is your testosterone too low? Find out using a testosterone at-home test kit.

Getting an accurate reading of your testosterone levels allows you to make sense of your hormonal urges. You can also pinpoint the cause of some of your health problems. It can even explain some of your social behaviors.

The simplest way to test for low T is by using a testosterone at-home test kit. Testosterone home test kits allow you to take a pain-free test in under five minutes and find out essential information about why you feel and act as you do.

We carry a testosterone home test kit that allows you to find out whether your testosterone level is adequate. It is pain-free and discreet. You can take it from home and get your results in five days.

We also provide a consultation with a U.S.-licensed doctor for results outside the normal range.