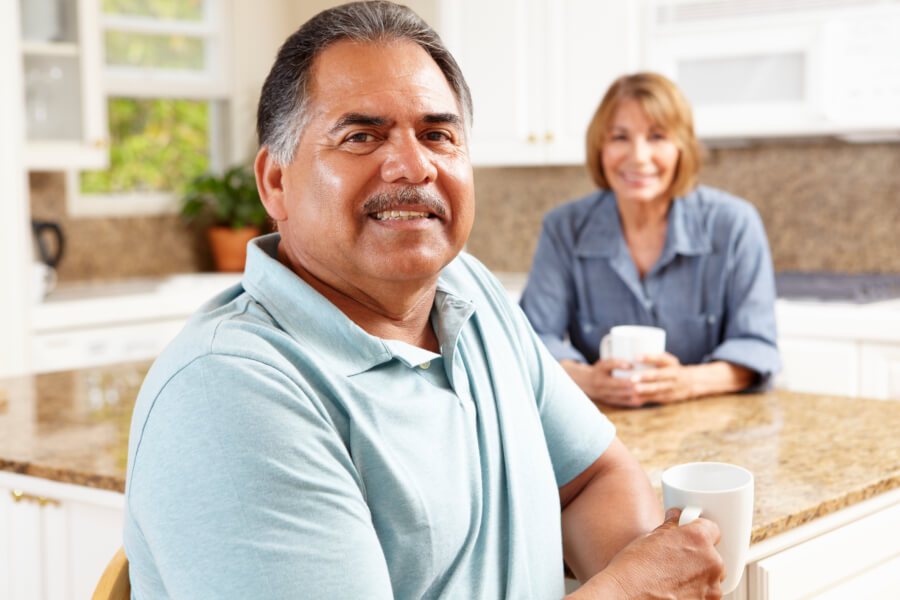 Viagra and its competitors changed the conversation about erectile dysfunction (ED). For most  men, ED is about a circulatory issue, and not psychological “weakness” as doctors used to think. People are more educated about ED now, and there is no shame in taking medications to address it.

Erection health will likely be on every man’s mind at some point in life. Young or old, these difficulties can come on slowly and gradually, or without warning. What’s surprising is that some men might feel embarrassment about taking medications such as Viagra, Cialis, or Levitra to treat the symptoms.

There are other treatments for erection problems. Some are invasive surgical procedures, according to Cleveland Clinic, some are vacuum-type devices, and some involve therapy.

But since oral medications are often the first remedy tried, and because so many men have great success, there’s no reason to feel anything besides relief about finding something that works.

No Man Can Stay 21 Forever; Aging is Normal

Men are burdened by some of the same issues that women have faced for generations. The desire for eternal youth can sometimes transform into a quest for it. But aside from a fountain of youth, which is the stuff of fantasy, one thing is the same for everyone: As we age, our bodies change. So do our minds, for that matter.

Aging is normal, no matter how much avoidance therapy is practiced. Even between the ages of 25 and 30, both physical and psychological changes are part of life for everyone. Part of those changes for most men is a reduction in testosterone, which can manifest as a reduction in libido. And the more years are under the belt, the lower testosterone levels become.

Lower libido can be related to changes in achieving and maintaining an erection. While libido itself is not responsible for erections, it does play an important role.

Erections begin in the mind. Without sexual stimulation, the erection process doesn’t have a chance to get started. So when the libido starts to decline, even just a bit, the normal reaction is fewer erections.

That said, it’s important to remember that erection problems are not considered a normal part of aging. While the libido may become lower through the years, the times when there is sexual stimulation should result in an erection, whether you’re 35 or 75. Where the stimulation is there, but an erection doesn’t happen, the problem is most likely not all in your mind.

Viagra, Cialis, and Levitra are Clinically Proven to Work for Most Men

When the desire is there but stimulation doesn’t result in an erection, the problem is most likely physical, not psychological. There are a number of possible reasons why, and a number of men who experience the same things.

You’d take a pain reliever to help alleviate headache symptoms, because you know they work. The same applies to erection medications. For the scores of men who are healthy enough for sex, but have a physical condition that’s getting in the way, medications such as Viagra, Cialis, and Levitra are safe and proven effective treatments that can help produce an erection.

One such physical problem is cardiovascular disease, which many men suffer from. Erection difficulties are sometimes referred to as an early warning sign of cardiovascular health conditions. This is for good reason. Healthy erections are the result of a cardiovascular event that begins in the mind and ends with a higher than normal volume of blood flooding into the penis and staying there temporarily.

Another possible condition is diabetes, which is known to cause nerve damage. As with cardiovascular health problems affecting blood vessels, diabetes can affect the delicate nerves that help stimulate blood to flow into the penis.

Cleveland Clinic also says there are numerous medications that can cause erection problems.

For men who have the desire, but the body just won’t cooperate, erection health medications can offer a work-around. They don’t create an erection where there’s no stimulation. But they can help the body respond the way that it used to in the presence of stimulation.

These medications are known as PDE5 inhibitors. They work by helping increase the amount blood that flows into the penis. Remarkably, they work for most men who can take them, although not everyone should.

Men who take nitrates for chest pain are an important group for whom PDE5 inhibitors are not considered safe. This is because the two medications can cause a fast, unexpected, and dangerous drop in blood pressure.

Men who have experienced priapism should only take a PDE5 inhibitor on a doctor’s advice and under a doctor’s supervision. Priapism occurs when the blood that flows into the penis during an erection can’t flow back out again once sexual stimulation wanes. If you’ve heard commercials that mention an erection lasting more than four hours, priapism is the condition they refer to.

There are other conditions and also medications that could make PDE5 inhibitors unsuitable, but your doctor is the best judge of that.

For men who are healthy enough to take PDE5 inhibitors, research has proven time and again that they do work, and they work for the majority of men who take them.

You’re Not Alone; in Fact, You’re in Good Company

Many men keep it to themselves when erection difficulties happen. Some men are so opposed to talking with anyone about the problem, they might not even discuss it with their primary care physician. What’s really unfortunate is that a doctor is exactly the right person to talk with. If you experience erection problems, your physician or health care provider is the best source for help.

Erections and erection health are inextricably tied to male self-worth, at least for many men. Combined with the apprehension about discussing it, it becomes a perfect recipe for relationship problems. What all men should know is that they are not alone.

Politicians have spoken openly about erection problems, and using PDE5 inhibitor drugs to help. So have sports heroes, and other men with celebrity status. But with all of the public service announcements and celebrity endorsements, there is still at least a measure of stigma connected to erection problems.

Erection health isn’t anything new. Men throughout the ages have sought out ways to overcome problems. Until the 20th century, very few remedies offered any relief at all. And then Viagra was developed, which ushered in a new age of erection health treatments.

eDrugstore.com sells Viagra, Cialis, Levitra, and other erection health medications at competitive prices. We offer privacy and convenience of online shopping, and your discreetly-packed shipment arrives right at your door. If you’re ready to try something that works, see what eDrugstore.com has to offer.