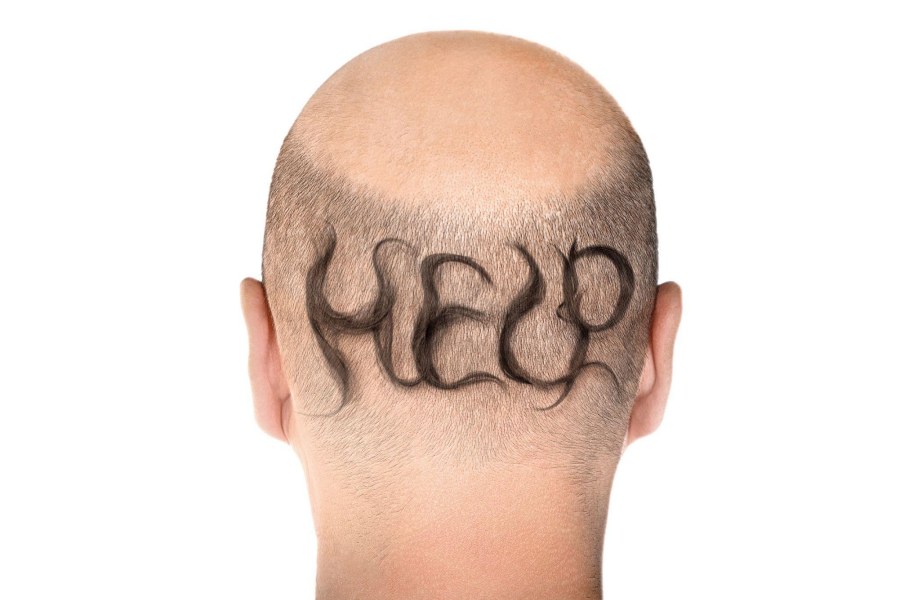 Have you heard that if you’re losing your hair, you may be able to reclaim it at the cost of your sexual performance? If so, you may have wondered, what does one have to do with the other?

DHT is one of the most potent androgens and a link between hair loss and erectile dysfunction.

For a hair-loss sufferer, DHT is a bad guy. It is an undesirable entity that is the root of many problems plaguing the scalp.

But for a man struggling with declining sexual performance, DHT is a potential savior. Its lack, rather than its presence, is the problem.

DHT is a Target for Hair Loss Treatments

Doctors looking to cure baldness discovered that DHT may be the main culprit in hair loss. The follicles of hair loss sufferers are more sensitive to this hormone. It binds to receptors in the follicles, sending them a signal to stop producing hair.

Considering the role of 5-alpha reductase and DHT in male sexual development, it’s not surprising that their suppression can cause sexual side effects.

Theoretically, they can. Whether they will, however, is a different question.

According to data from 2017, young men taking finasteride or dutasteride for hair loss assume a greater risk of developing persistent erectile dysfunction than those who don’t take 5-alpha reductase inhibitors.

The same study established that the longer you take finasteride, the more likely you are to develop erectile dysfunction.

Finasteride and dutasteride are more likely to cause impotence, erectile dysfunction, or a drop in sexual performance than smoking, diabetes, or hypertension.

Yet another study, this one done on men with benign prostatic hyperplasia (BPH), found that long-term finasteride therapy lowers total testosterone in the body in addition to lowering DHT. It thus negatively impacts sexual performance.

How likely are you to develop erectile dysfunction as a result of your hair loss treatment?

According to the FDA labels of finasteride and dutasteride, your chances of avoiding sexual side effects are good.

Initially, 4.7 percent of Avodart (dutasteride) users reported impotence, and 3 percent felt that their sexual performance suffered. After a year and a half of treatment, however, only 0.8 percent still suffered from impotence. And only 0.3 percent reported a loss of sexual vigor.

Mathematically, you don’t have to trade your sexual function for a full head of hair. You may get to have that cake and devour it, too.

How Do You Know If You Have High DHT?

It makes sense to consider drugs like finasteride for your hair loss only if you are sure that DHT is the cause of your follicular problems.

You may have high DHT if:

Does Hair Loss Cause Erectile Dysfunction?

Erectile dysfunction may be a symptom of low DHT and testosterone, so it may predict a full head of hair rather than hair loss.

Other Links Between Hair Loss and Erectile Dysfunction

Several health conditions may contribute to hair loss and erectile dysfunction. These include:

If you suffer from a medical condition that triggers hair loss and erectile dysfunction, it may seem like one causes the other.

There are many links between hair loss and erectile dysfunction. The DHT link illustrates perfectly why it is so difficult to cure hair loss. Triggering a hormonal change here will cause an unintended effect there.

eDrugstore can help with hair loss and erectile dysfunction. We can help you figure out whether Propecia is the right choice for your problem. You may not have to choose between your sexual health and healthy-looking hair. With the right approach, you may be able to have both. Call 1-800-467-5146 for a free medical consultation today.