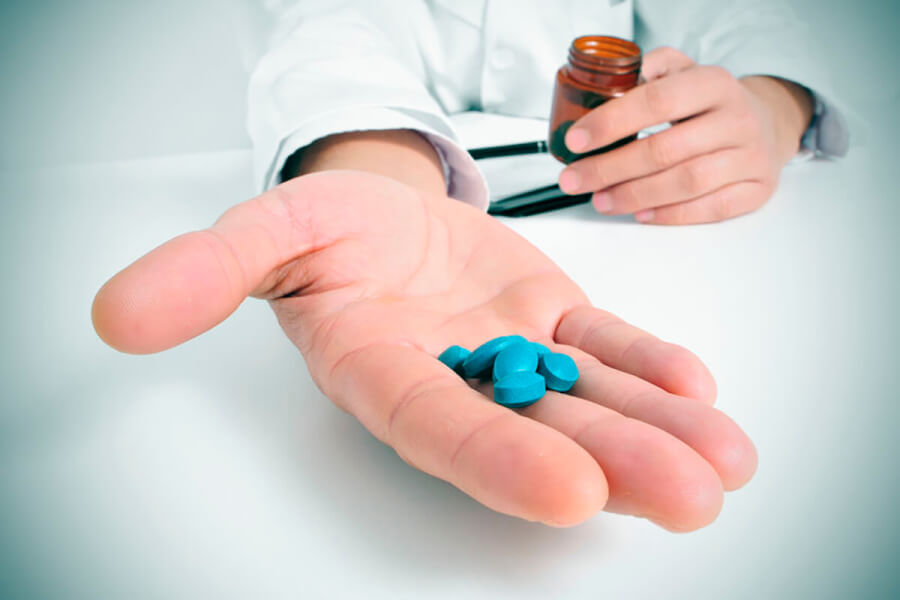 Viagra, Cialis, Levitra: Which Is the Best Value per Dose?

You’re in the market for a drug to help you reclaim your sex life, which seems to be slipping away because of your inability to achieve and maintain an erection. You’ve seen TV commercials and print advertising for several products that promise they can get the job done, but you’re not sure which one to choose.

First and foremost, as a savvy shopper, you’d like to get the most bang for your buck, if you’ll pardon the pun.

Cialis for Daily Use Is Best Buy

A quick comparison of side-by-side drug prices, as posted online by eDrugstore.com, reveals that the best buy per dose is Cialis for Daily Use, which comes in at just under $15 per tablet or $442.50 for 30 tablets, a month’s supply. If you find that Cialis works well for you and the idea of taking an ED drug daily appeals to you, then Cialis for Daily Use is clearly your best buy.

However, if you’re in the market for an impotence drug and want to find the one best suited for your lifestyle and personal needs, you probably should take the time to learn more about these medications and eventually try them to see which works best for you and at what dosing level.

Fortunately, eDrugstore provides all the tools necessary to put you on the track to overcoming your erection dysfunction problems. And you won’t have to leave the comfort of your home to get the job done.

But, first, we need to get you up to speed on the problem you’re trying to solve and the three best-selling impotence drugs — Viagra, Cialis, and Levitra — that are designed to help resolve the problem.

Whether you call it impotence or erection dysfunction, your problem is an inability to achieve and maintain an erection that is strong enough for sexual activity. According to the University of Maryland Medical Center, most cases of ED are caused by physiological factors, such as diabetes, heart disease, high blood pressure, neurological disease, and the side effects of medications. To achieve a strong erection, the blood flow to your penis must be strong, so physical factors that impede healthy circulation are at the heart of the problem.

Other Causes of ED

If your ED is not caused by a physical problem, it probably falls into one of two other categories: psychological or lifestyle. According to the medical center, psychological causes include anxiety, depression, and stress. Lifestyle choices that may interfere with your ability to get and keep a strong erection include heavy use of alcohol and/or drugs and smoking.

The three top-selling impotence drugs are particularly useful in overcoming ED that’s physiological in origin, although they can help to some degree with impotence traceable to psychological factors or lifestyle choices.

Viagra, Cialis, and Levitra are all members of a family of drugs known as phosphodiesterase-5 inhibitors, or PDE5 inhibitors. They work by temporarily blocking the effects of an enzyme that resides in the smooth muscle cells of blood vessels throughout the body, including the penis. By inhibiting the effects of PDE5, these drugs allow the walls of these blood vessels to relax, increasing the intensity of blood flow to all the organs they supply. You can learn more about the way in which these drugs work by reading an article that originally appeared in “Circulation,” a weekly journal published by the American Heart Association.

All Three Work the Same

Because Viagra, Cialis, and Levitra all work in much the same way, it’s unlikely that one of the three will work for you, while the others will not. What very well may vary, however, is the strength of the dose you may need to achieve a satisfactory erection.

Until you know how much of a drug you need to get to that goal, it’s impossible to pinpoint which one is the best buy for you.

Although you probably will know when your equipment is in good working order, doctors and some men with ED use the four-point Erection Hardness Scale, which is a good way to gauge both the severity of your impotence and the way your penis responds after taking one of the PDE5-inhibiting drugs.

The recommended dose for each of these popular impotence drugs is generally considered a starting point. Depending on how strong — or weak — an erection you achieve at that dosage level, your doctor may move you to a larger or smaller dose.

For example, the recommended dose for Viagra, known generically as sildenifil citrate, is 50 milligrams, according to RxList.com. If the results at that level are weak, the patient can go a step higher to the 100-milligram tablet. If, however, the 50-milligram dose produces a very strong erection, it’s possible that a 25-milligram dose will do the job. Viagra should be taken 30 minutes to an hour before sexual activity, and its effects can last from four to five hours.

Cialis, which is known generically as tadalafil, also comes in tablet form but is available in two versions. Cialis for Daily Use should be taken daily, even if no sexual activity is anticipated on a given day. The recommended dose for this version of Cialis is 2.5 milligrams daily, which can be bumped up to 5 milligrams if the original dose isn’t strong enough. Taken daily, this form of Cialis should allow those who take it to engage in sexual activity whenever the need arises.

Cialis also comes in a stronger version, known as Cialis for Use as Needed. The recommended dose is 10 milligrams but can be bumped up to 20 milligrams or down to 5 milligrams depending on how well the patient responds to the initial dose. This is the longest-lasting of the ED drugs, and it can be effective up to 36 hours after it is taken.

The recommended dose for Levitra (vardenafil hydrochloride) is 10 milligrams and should be taken 60 minutes before sexual activity. Its effects usually last four to six hours. Depending on how well you react at the 10-milligram level, your doctor may increase your dose to 20 milligrams or cut it back to 5 milligrams.

eDrugstore.com carries all three of the major impotence drugs, including both forms of Cialis, as well as a variety of other pharmaceutical products. You’ll need a doctor’s prescription to order any of these drugs, but if you don’t already have a prescription from your own doctor, eDrugstore can set up an online consultation with one of its contracted physicians. There is no charge for such consultations. And unlike many of the so-called online pharmacies, eDrugstore sells only FDA-approved, brand-name medications that are manufactured in the United States.

Now to the specifics on pricing. As you’ve already seen, you’ll need to know what dose works for you to do any comparative pricing. However, here’s the framework of eDrugstore’s price schedule for impotence drugs.

Thanks to flat pricing, a common practice among pharmaceutical companies, most of the ED drugs available through eDrugstore cost the same per pill even at differing strengths. For example, you’ll pay the same amount for Viagra pills whether you’re buying 50-milligram tablets or 100-milligram tablets. Three 50- or 100-milligram Viagra tablets cost $240 and come with a pill-splitter.

If you’re fortunate enough to get the results you want from 50 milligrams of Viagra, buying three 100-milligram tablets and then splitting them gives you six doses at a cost of $40 per dose. (To learn more about the dos and don’ts of pill-splitting check out this article at WebMD.com.)

eDrugstore sells Levitra in 10- and 20-milligram tablets. Three tablets of either strength cost $198. If 10-milligram strength Levitra produces the response you’re looking for, you can buy three 20-milligram tablets and split them for a per-dose cost of $33 which makes them slightly less than Viagra per dose.

As previously noted, our best buy is Cialis for Daily Use, which costs $442.50 for 30 tablets, which puts the cost per dose at just under $15. However, to be effective, this form of the drug must be taken daily.

If, however, you expect to participate in a sexual activity far less frequently, you might be better served by buying one of the other ED medications for occasional use.

To further increase your savings, you can buy in larger quantities once you’ve decided which medication you prefer and at what strength. Get your prescription medications online!