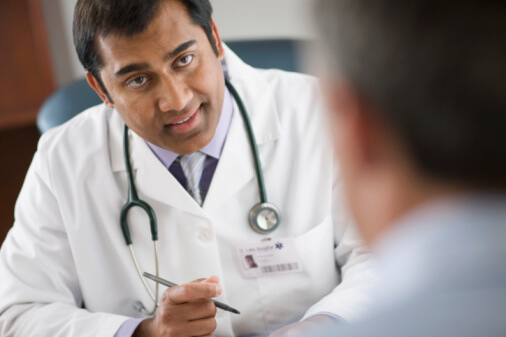 When sildenafil, the active compound in the drug Viagra, was first studied, it was being tested as a treatment for heart problems.

Today, after having become one of the best selling drugs in history, Viagra may be coming full circle, as it is showing promise in some studies of treatment for heart failure. Early studies in the 1990s didn’t show Viagra to address cardiac issues as researchers had hoped. Instead, the drug’s unusual side effect of helping men have better erections started making news, and soon the drug was developed specifically for that purpose.

In the decade and a half since Viagra was introduced, it has been studied in the treatment of an amazing range of medical conditions, from some types of muscular dystrophy to menstrual cramps to altitude sickness. And now it’s being evaluated as a possible treatment for heart failure.

One characteristic of heart failure is something called cardiac remodeling. In response to gradual failure of the heart muscle, the heart may enlarge or stiffen. In other words, the heart “remodels” to accommodate deteriorating heart muscle. One early, small clinical study of Viagra showed very positive results against cardiac remodeling and made the drug appear very promising as a possible treatment for heart failure.

This would be fantastic news for emergency rooms everywhere, because 2014 has seen a shortage of injectable nitroglycerine – a drug that’s critical to treatment of heart failure and other heart problems. Injectable nitroglycerine has been rationed since early 2014 due to two manufacturers ceasing to sell the drug. But later studies put a damper on enthusiasm over Viagra as a treatment for heart failure.

In 2013, results of a National Institutes of Health-sponsored study involving 26 medical centers in the US and Canada concerning sildenafil (the active ingredient in Viagra) versus a placebo in treatment of diastolic heart failure found essentially no benefit. This study, known as the RELAX study, tested Viagra versus a placebo on patients with a difficult-to-treat form of heart failure known as HF-PEF. Results showed basically no improvement in patients who received 20 mg of sildenafil three times per day for three months, followed by 60 mg three times daily for another three months.

There were no significant differences in change in peak oxygen consumption after 24 weeks, nor were there differences in hospitalization due to cardiac or kidney problems. Cardiac magnetic resonance images of heart remodeling and function were not statistically different between patients receiving Viagra or placebo.

A study that was recently reported in the Journal of Clinical Investigation may shed light on how Viagra works (or doesn’t) in treating heart failure, and it has to do with gender – specifically with levels of estrogen.

The study, led by researchers at Johns Hopkins University School of Medicine, used mice with induced heart failure to test Viagra’s effects. Researchers found that Viagra indeed helped with heart failure, preventing heart remodeling, except in one segment of the research animals. Specifically, female mice whose ovaries had been removed did not benefit from Viagra as a treatment for heart failure. These mice produce very little estrogen compared to female mice with ovaries.

However, when the mice with low estrogen were treated with estrogen supplements, they did respond positively to treatment with Viagra. Researcher Eiki Takimoto said, “This tells us that estrogen critically impacts the response to sildenafil in heart failure treatment.” The effect has to do with different heart physiology in females versus males.

Viagra is among a class of drugs called PDE-5 inhibitors. By inhibiting an enzyme called PDE-5, the body’s levels of another molecule called cyclic-GMP (cGMP) increase. cGMP sets off a biochemical process that counters hypertension and relaxes the smooth muscle cells lining blood vessels. Relaxation of blood vessels leading to the sex organs is how Viagra helps erectile dysfunction.

The bottom line is, in females, it appears that drugs like Viagra only help heart failure if there is sufficient estrogen to cause synthesis of cGMP.

How Future Studies on Viagra and Heart Failure May Change

Dr. Takimoto believes that the study in mice may have significant clinical implications. He believes that the poor results in the RELAX trial had to do with the patient median age of 69, long after estrogen levels in women drop due to menopause. Said Takimoto, “Knowing that sildenafil’s benefits to female mice come only with higher estrogen levels offers a possible reason for RELAX’s negative results.” Knowledge that addition of estrogen seemed to turn around the poor Viagra response in the female mice that didn’t have ovaries suggests that the treatment of heart disease in women with Viagra may have to be more female-specific.