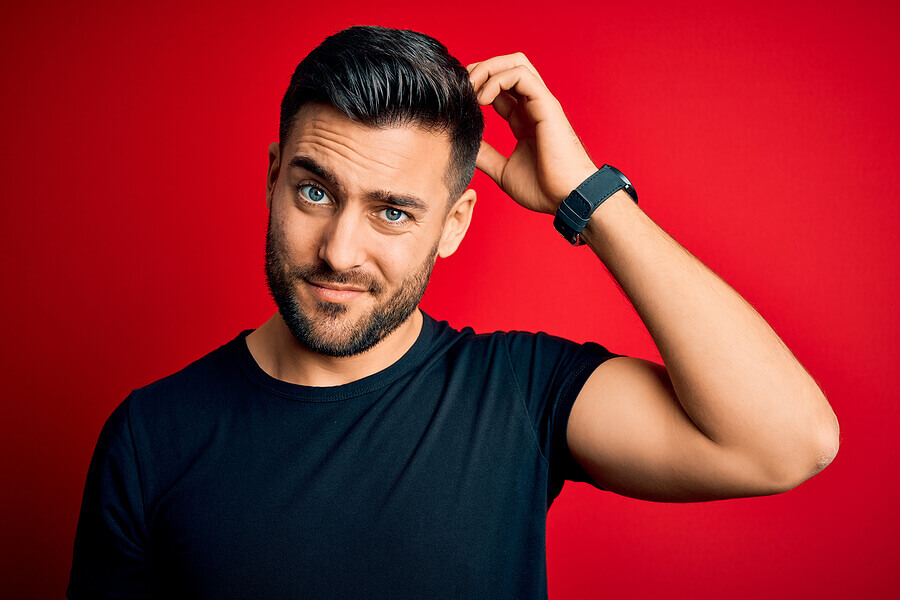 Viagra — a miracle drug if ever there was one! Men of all ages have discovered the magic of the little blue pill. Older men whose bodies are naturally slowing down. Younger men who carry it for insurance that drugs or alcohol won’t spoil their chance for a happy ending on date night. Even women are trying it with the hope that Viagra may be an equal-opportunity pleasure enhancer.

So, is it really all of these things? Read on for answers to common questions about the drug that quickly became indispensable to men struggling with ED.

1. What happens to my penis when I take Viagra?

Nothing — unless you want it to. Viagra does not produce erections; it merely enables them. Within 15 to 30 minutes, your penis will be ready for action, but you will need sexual stimulation for it to work. An hour after taking it, the sildenafil (the active ingredient in Viagra) peaks in your body. Four hours later, the effects begin fading. After 12 hours, an erection may still be possible, but it won’t be as firm.

2. Does Viagra keep you hard after orgasm?

Your penis will become flaccid after ejaculation. But Viagra shortens the refractory period — the time your body needs to rest between erections. Men can often have another erection 5-1/2 minutes after ejaculation with Viagra compared to 15 minutes without it. But everyone’s different, so these times will vary.

3. Will Viagra improve my sex drive?

This is one of many myths surrounding Viagra. Viagra helps with the physical hydraulics involved in erections by increasing blood flow to the penis. It does not affect libido. Viagra will not turn you into a sex machine.

Viagra is not physically addictive, but it’s possible to become psychologically addicted. This can happen with men who take too much or young men without ED who use it to last longer and recover more quickly.

Viagra is not meant to be used this way. Those who do may be conditioning the mind to think they can’t perform without it. In this case, the penis will do what the mind tells it to.

5. Can I build a tolerance to Viagra?

When used as directed, you won’t develop a tolerance. Viagra works just as well for a man who’s taken it for years as it does the first time. However, the same may not hold true for “recreational” users.

6. Does Viagra work every time?

When taken as directed, Viagra will work nearly every time for most men. However, it works better for some men than for others. It may not work for ED from psychological issues, and it may not work after fatty meals or drug use (recreational or prescription). In some cases, switching to another PDE5 inhibitor may solve the problem.

7. Is it OK to take Viagra with recreational drugs?

Not really. Viagra is not a party drug. While a drink or two won’t hurt, anything else will work against you. Here’s why:

Study results are mixed on taking Viagra with cannabis. The best advice is to avoid it. There is anecdotal evidence that smoking weed can interfere with testosterone and cause ED.

Also a bad idea. Alcohol and erections don’t mix; Viagra is unlikely to change that. More importantly, alcohol is another drug that lowers blood pressure, so while one or two drinks is probably fine, it can be dangerous to drink more than that with Viagra on board.

Caffeine can interfere with the effects of Viagra. Nothing is stopping you from drinking that Red Bull, but don’t expect to perform like one when you do.

NEVER, EVER TAKE VIAGRA WITH “POPPERS”! Many guys use “poppers” as a sex enhancer. If you’re using Viagra, don’t do it. The drug in poppers is butyl nitrite, which is closely related to amyl nitrite, a drug that lowers blood pressure to dangerous levels when taken with Viagra.

Poppers and Viagra is a potentially deadly combination.

8. Is it OK to take Viagra with blood pressure medication?

All studies to date have found Viagra to be safe and effective when used with most blood pressure medications. These include angiotensin II receptor blockers (ARBs), calcium channel blockers, alpha-blockers, and angiotensin-converting enzyme (ACE) inhibitors. However, beta-blockers and diuretics are not erection-friendly.

NOTE: It is never safe to take Viagra with nitrates, a group of drugs prescribed for heart conditions (though not usually prescribed for blood pressure alone). Nitrates also lower blood pressure, so combining a nitrate with PDE5 inhibitors (the class that all ED drugs belong to) is dangerous.

9. Would another ED med be a better choice for me?

Could be. Until recently, there were three PDE5 inhibitors to choose from — Viagra, Levitra, and Cialis. They all work in the same way, but there are slight differences between them. Viagra has the highest side-effect profile. Levitra may be the best choice for diabetics. And Cialis is the only one that comes in a daily dosage that allows men to be ready for sex at any time.

Newer ED drugs available now include Stendra and Staxyn. Stendra tends to work more quickly than the others (often in 15 minutes) and lasts up to six hours. Staxyn has the same active ingredient as Cialis (tadalafil) and comes in an oral disintegrating tablet that works more quickly. Many men say it makes them harder and allows them to last longer. It also has less effect on blood pressure than the others.

Some women who have tried Viagra have found it helpful, but most have not. There are two products developed for women currently on the market, but neither is ideal. Addyi has an unimpressive success rate and a black- box warning against alcohol. Vyleesi is a little more effective, but it’s an injection, which turns many women off. All women are individuals, however, and these medications have worked for some.

There are also promising products in clinical trials. For example, Lorexys is a pill designed to affect neurotransmitters in the brain, and sildenafil cream is a topical product. The FDA has committed to supporting the development of treatments for female sexual arousal disorder (FASD), so your lady may soon have a game-changer of her own.

eDrugstore.com carries all of the male lifestyle medications mentioned in this article. Which one is right for you? Visit our erectile dysfunction page to learn about side effects and more. Then enjoy online ordering convenience, a free medical consultation, and free shipping.