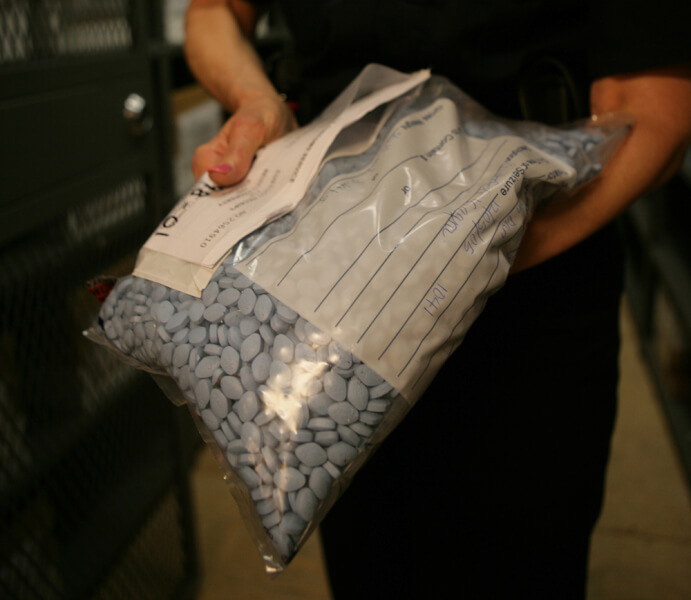 Technology to the Rescue in the Fight Against Fake Viagra 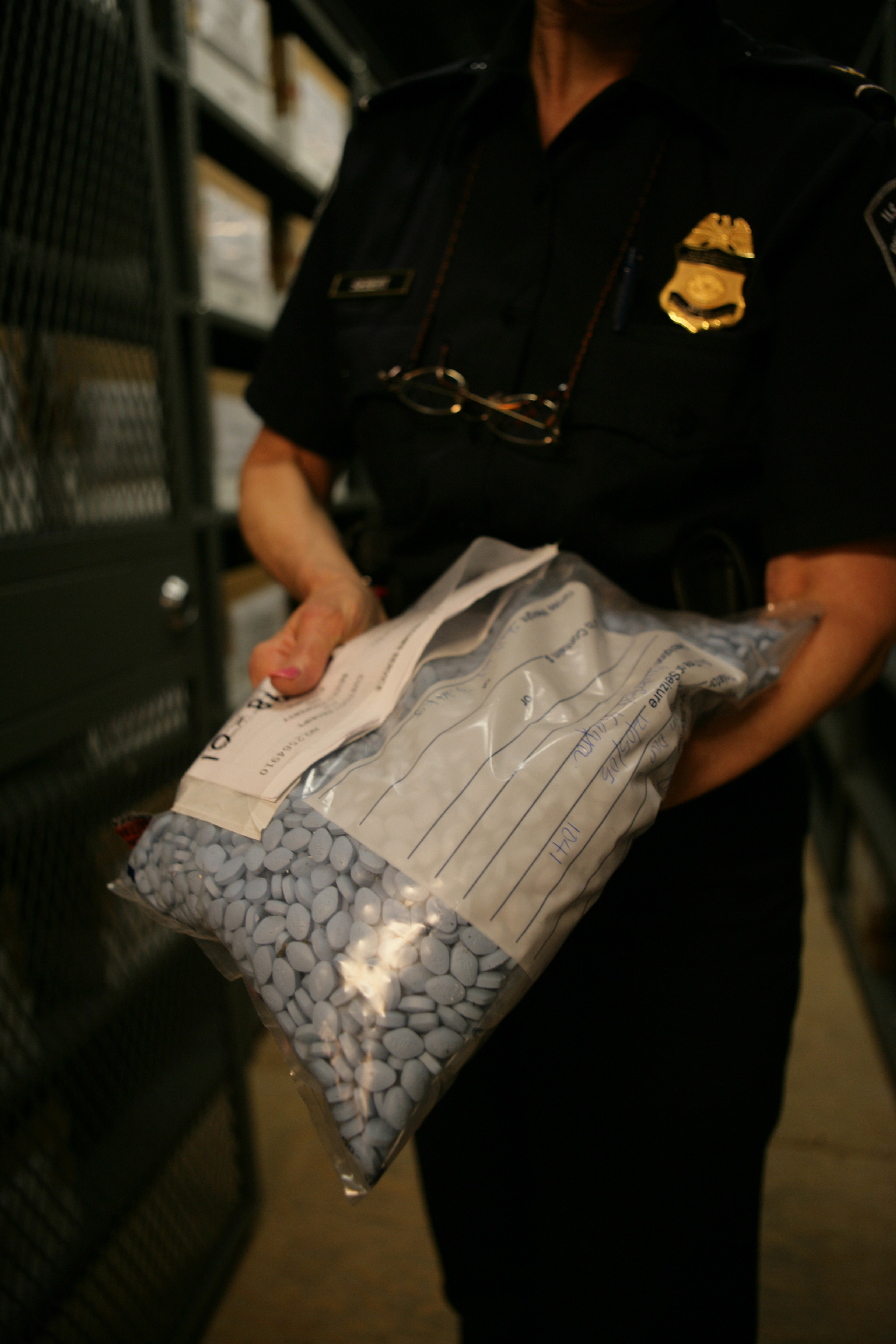 Viagra is among the drugs most widely counterfeited.

Worried that the little blue pill you’re about to pop may not be the real article? Your concerns are understandable in the face of an unprecedented upsurge in counterfeit pharmaceuticals, some of which are not only ineffective but potentially dangerous as well.

Thanks to an ingenious new device from a Silicon Valley company called Stratio, you’ll soon be able to verify the authenticity of the medications and foods you buy before you actually ingest them. The device, to be marketed as LinkSquare, is a palm-sized spectrometer, which measures the intensity of wavelengths of light. When connected to your smartphone, it can capture that questionable pill’s reflective signature and then quickly compare it with those of known pills, the data for which is stored in the smartphone app’s database.

If the reflective signature of the questionable pill doesn’t match up to that associated with Viagra, LinkSquare will alert the user that the tablet is probably counterfeit. In a recent overview of LinkSquare for MIT Technology Review, Rachel Metz, senior editor for mobile, points out that Interpol reportedly seized 20.7 million counterfeit medications in 2015, more than twice the amount it seized two years earlier.

Stratio developed LinkSquare with help from a National Science Foundation grant. The San Jose-based company hopes to bring LinkSquare to market in the second half of 2016 with a tentative price tag of $199. Stratio previewed LinkSquare at the Consumer Electronics Show, which was held in Las Vegas in January 2016.

In a PBS NewsHour segment showcasing some of the new products introduced at CES 2016, science correspondent Miles O’Brien gave viewers a look at LinkSquare in action. Stratio CEO Jae Hyung Lee put the device through its paces, having it compare brand-name Viagra with a generic formulation of the drug, and also with a counterfeit version. LinkSquare quickly identified the knock-off and also detected the minor differences between the brand-name drug and the generic version.

The technology behind LinkSquare’s infrared device has been in use by big corporations and the military for some time, but it hasn’t been available to ordinary people until now. LinkSquare uses a germanium-based Short Wave Infrared (SWIR) sensor to illuminate an object and capture its response to that light. Every type of molecule vibrates in its own unique way, and these vibrations interact with light to produce a distinctive optical fingerprint. The device then uses algorithms within the app’s database to analyze a product’s composition. Once this evaluation is complete, a report on the product’s makeup is sent to the user’s smartphone. 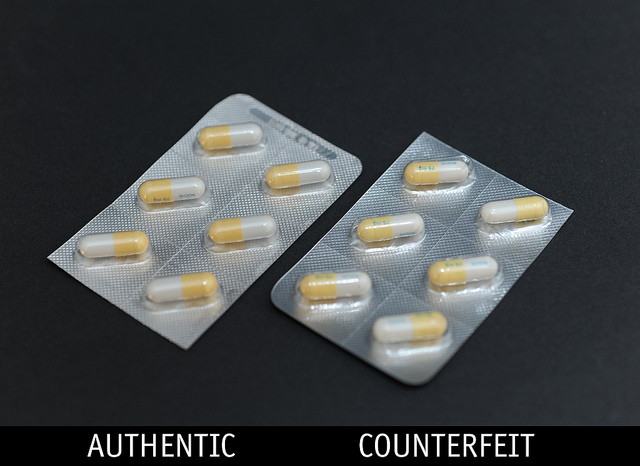 Most drug counterfeiters today are very sophisticated, making it difficult to tell the difference between the fakes they produce and the real thing.

Competition from Another Product

In an article posted at VentureBeat.com, writer Dean Takahashi notes that a similar product — dubbed SCiO — is being developed by Consumer Physics, which hopes to begin selling its product in July 2016 for $249 per device. Asked how LinkSquare compares with SCiO, Stratio’s chief executive officer said his company’s device is able to capture light from a broader spectrum, giving it a greater ability to analyze data and thus produce a more accurate analysis.

The Consumer Physics website is already accepting pre-orders for the SCiO, which it bills as the “world’s first pocket molecular sensor.” For its $249 purchase price, the basic SCiO package includes applets that offer insights about common everyday objects you might scan such as dairy products and pain-killing medications. The SCiO is compatible with iPhones 5.0 and higher, and iOS 8 and higher, as well as Android smartphones operating on Android OS 4.3 or higher.

By contrast, LinkSquare as of early 2016 was compatible only with Android smartphone, but Stratio expects to offer iPhone compatibility later in 2016. Stratio was founded in 2013 by four doctoral students in electrical engineering at Stanford University. CEO Lee was one of the four, and in an interview with Takahashi, he recalls that a night of drinking played a key role in planting the seed for LinkSquare’s development.

To celebrate publication of an academic paper, Lee went out to a bar and bought an expensive whiskey. “The very next day, I read an article about a group of bars that were in trouble for switching out top-shelf alcohol for lower-end stuff. It made me wonder about the whiskey I had the night before — no one likes to get cheated.”

While acknowledging that our eyes are the most valuable tool we possess for evaluating the world around us, Lee points out that human vision “can’t tell you everything. LinkSquare gives you important information you would miss otherwise.”

As previously noted, LinkSquare can analyze the composition of medications, foodstuffs, and other materials as well. While the problem of drug counterfeiting is fairly well recognized, fewer consumers are aware that the foods they buy may not always be what they’re advertised to be. In his article about LinkSquare, Takahashi refers to a study conducted by Oceana, an international ocean conservation and advocacy organization.

Oceana’s study, published in early 2013, exposed widespread fraud in the labeling of seafood packaged for sale in U.S. retail outlets. For its survey, Oceana collected 1,215 seafood samples from 674 retail outlets in 21 states. DNA analysis of those samples revealed that fully one-third of them were mislabeled, based on guidelines set down by the U.S. Food and Drug Administration. The highest incidence of mislabeling was found among samples of fish being sold as snapper and tuna. Of the 120 samples of fish labeled as red snapper, only seven were found to be snapper; the remaining 113 were from other fish. 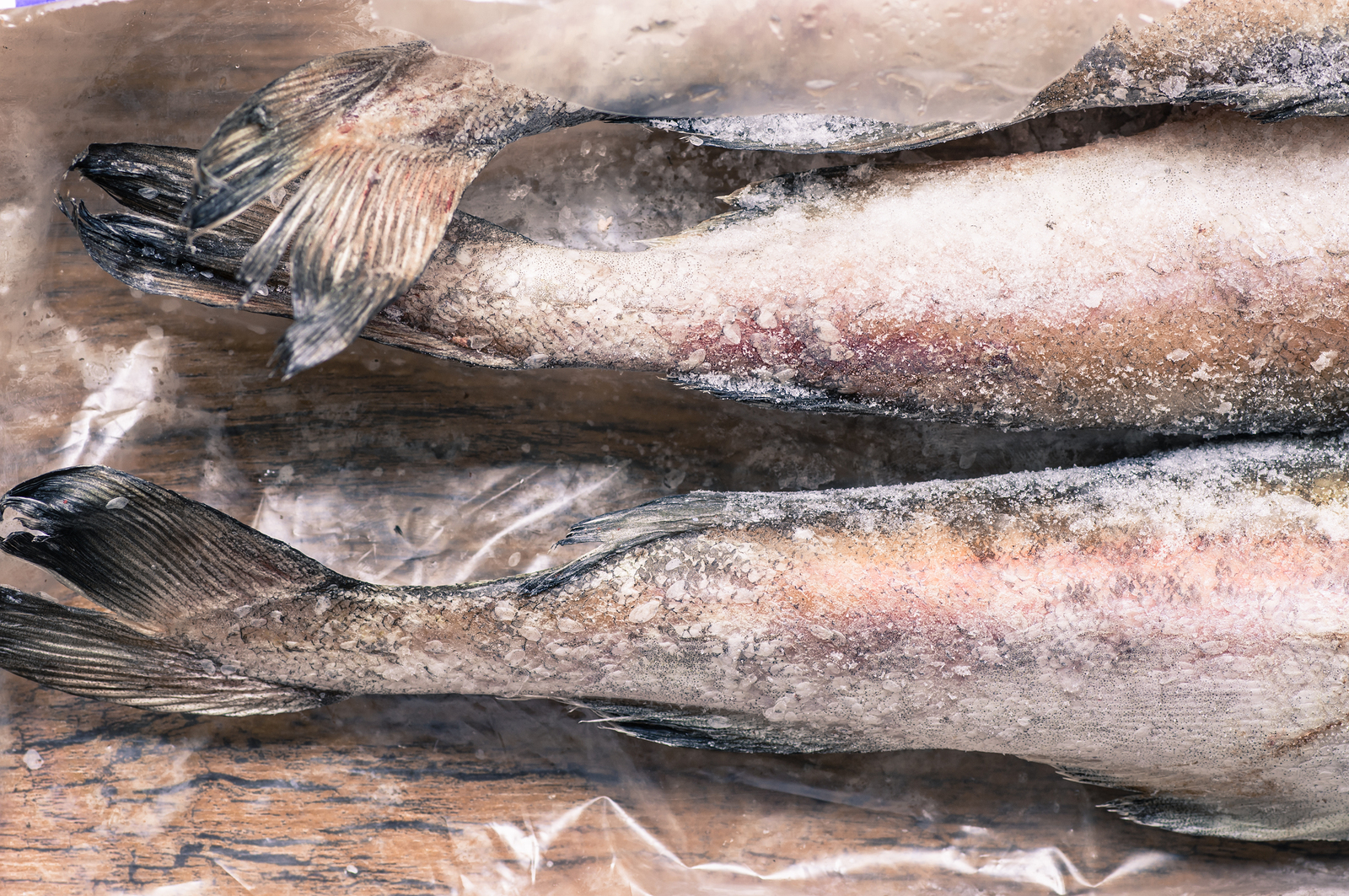 The fish you buy at the market may not always be what it’s advertised to be.

As for the dangers posed by counterfeit drugs, Interpol reports that fake medications run the gamut from useless to highly dangerous. While some actually do contain the active ingredient of the drug they purport to be, in most cases the counterfeits have either too much or too little of that ingredient. Others may contain toxic filler materials. Rat poison and pulverized drywall have been found in some of the fake drugs seized by Interpol.

Up to 1 percent of the drugs sold in the developed world are counterfeit, according to the World Health Organization. Worldwide, counterfeits account for roughly 10 percent of all the medications on the market, with the figure jumping as high as 30 percent in certain areas of Asia, Africa, and Latin America.

While counterfeiting is perhaps most rife among so-called lifestyle medications, including weight-loss and erectile dysfunction drugs, it is also found in life-saving medications such as those prescribed to treat cancer and heart disease, the WHO said.

Men who are looking for a reliable online supplier of erectile dysfunction medications should consider shopping at eDrugstore.md, which sells only brand-name drugs that have been approved by the FDA. Medications purchased through eDrugstore come from licensed U.S. pharmacies. If you have a prescription from your doctor, you can fax or scan and email it along with your order. If you’d prefer, eDrugstore can arrange a complimentary online consultation with one of its team of licensed U.S. physicians who can prescribe the drug if he or she deems it appropriate. To learn more, check out the website’s ED medication guide.