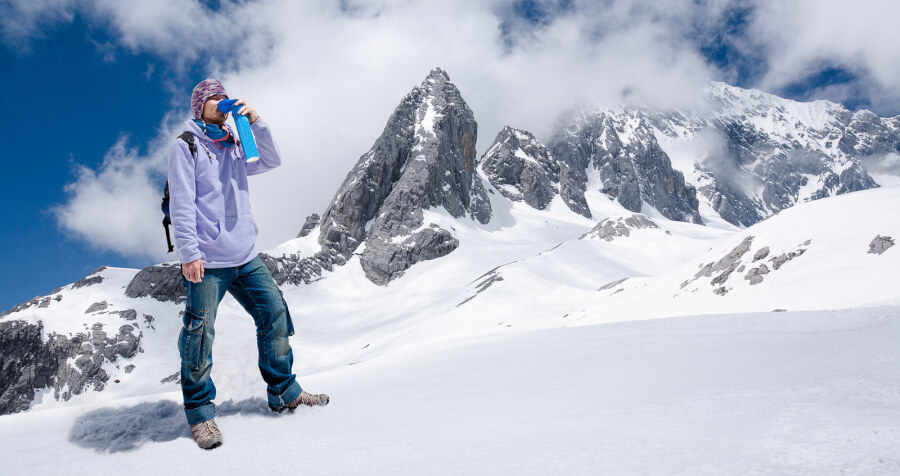 Some research indicates that sildenafil, Viagra’s active ingredient, can improve athletic performance at elevations above 12,000 feet. However, scientists are still divided over whether the medication is a suitable candidate for the treatment of altitude sickness.

For a number of years now, medical professionals have debated the efficacy of Viagra as a treatment for altitude sickness as well as its potential role — if any — in enhancing athletic performance at higher elevations. Because most studies in this area have been relatively small in scale, there is not yet definitive proof one way or the other.

The issue once again made news in late 2016 when opponents of embattled South Korean President Park Geun-hye questioned her office’s reported purchase of several hundred Viagra tablets for the treatment of altitude sickness. The South Korean president was later impeached and removed from office in March 2017.

Those unfamiliar with mountaineering and the unique physical stresses associated with extreme elevations might well find the use of the popular ED drug for this purpose laughable. However, it’s no laughing matter to those who have benefited from the drug when forced to operate in the oxygen-thin atmosphere that is common at extremely high elevations.

Sildenafil citrate, the active ingredient in Viagra, is already prescribed under the brand name Revatio for the treatment of pulmonary arterial hypertension, or PAH, a condition in which elevated blood pressure in the lungs puts both the lungs and the heart under added strain. By dilating the arteries that supply blood to the lungs, Revatio and its generic equivalents help to relieve the symptoms of PAH. This is just another example of sildenafil’s ability to temporarily expand arteries and increase blood flow, which is precisely how Viagra helps impotent men overcome their symptoms of erectile dysfunction, if only temporarily.

One of the earliest studies of sildenafil’s effects at higher elevations looked specifically at how trained athletes performed in oxygen-thin conditions, compared with their performance levels at lower elevations. It was theorized that the drug might alleviate a PAH-like condition that occurs at higher elevations. That condition is known as hypoxia-induced pulmonary hypertension. Hypoxia is a term used to describe a deficiency of oxygen reaching the body’s tissues. Normoxia describes a more normal situation where the pressure of oxygen in the air breathed in is equivalent to that of the air at sea level.

Trained Athletes Put to the Test

To test their theories about the effects of sildenafil on athletic performance at varying elevations, a team of researchers from Stanford University put a study group of 10 trained athletes through their paces at sea level and at simulated high elevations. To simulate performance at high elevations, study participants were given breathing masks that supplied 12.8 percent oxygen, sharply lower than sea level air, which typically contains 20 to 21 percent oxygen. Air containing only 12.8 percent oxygen is fairly typical of conditions that might be found at an elevation of roughly 12,700 feet.

In advance of their exercise trials, study participants were randomly selected to receive 50- or 100-milligram doses of sildenafil or an identical-looking placebo. They were then asked to perform cycling tests that lasted 60 minutes at sea level and 30 minutes at high altitude (simulated), which were followed immediately by time trials — 10 kilometers at sea level and 6 kilometers at simulated high altitude.

The sildenafil had no measurable effects on cardiovascular function or athletic performance at sea level (normoxic conditions). However, researchers found that sildenafil, regardless of dose size, improved cardiovascular function, arterial oxygen saturation, and performance at simulated high altitude. The results of that study were published in a 2006 issue of the “Journal of Applied Physiology.”

That meager evidence indicates that sildenafil can probably improve athletic performance at higher altitudes. However, the evidence about the drug’s ability to treat altitude sickness or prevent pulmonary problems at higher elevations is somewhat contradictory.

A French study, published in the February 2005 issue of “American Journal of Respiratory and Critical Care Medicine,” explored the effects of sildenafil on altitude-induced pulmonary hypertension and gas exchange (basic lung function) in normal subjects. Researchers recruited 12 study participants of normal health and transported them to an elevation of nearly 14,300 feet for a study period of six days.

Half of the test subjects received 40 milligrams of sildenafil citrate three times daily, while the other half got an identical-looking placebo at the same intervals. At the conclusion of the six-day test period, researchers found that sildenafil protected against altitude-induced pulmonary hypertension, and it improved gas exchange.

In a later study, published in the Fall 2011 issue of “High Altitude Medicine & Biology,” 62 healthy lowland volunteers were first transported to La Paz, Bolivia, which sits at an elevation of about 12,000 feet for a few days of acclimatization. They then ascended to an elevation of 17,000 feet where testing was conducted.

The contradictory findings from these two studies leave the question of sildenafil’s ability to prevent or treat altitude sickness up in the air. Hopefully, subsequent studies — preferably larger-scale studies — will eventually provide more conclusive evidence one way or the other.

If this article has piqued your interest and you would like to read more about other health benefits attributed to Viagra, as well as additional topics of interest to health consumers, check out our blog.