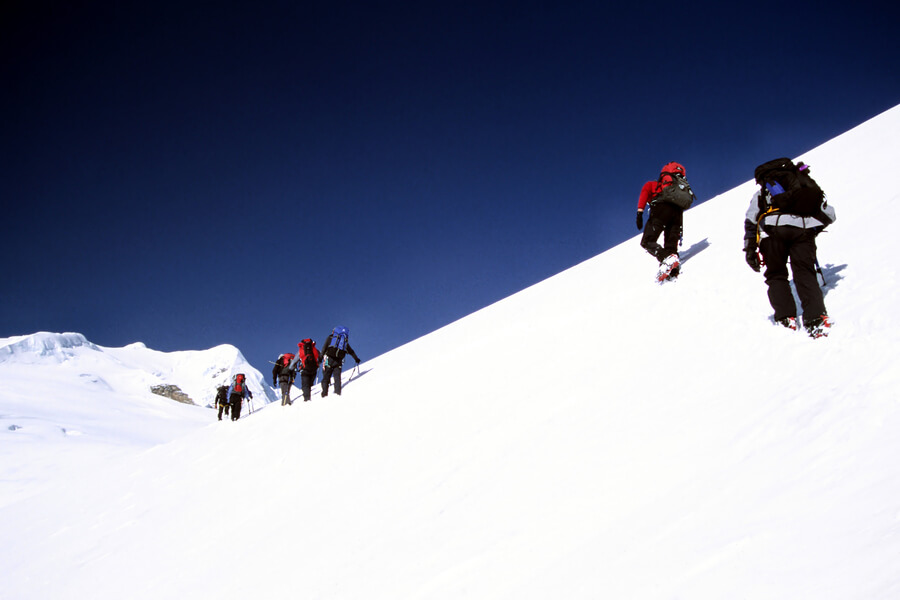 Could the most popularly prescribed drug for the treatment of erectile dysfunction also be used to treat altitude sickness? Some experts believe that it can.

Viagra is highly respected for treating male impotence, a common condition that affects at least one-third of men at some point during their lifetime. The drug, made by Pfizer Inc., successfully treats this condition in most men with what the medical field calls a PDE5 inhibitor, which works by relaxing the muscles in the penis, allowing the vessels to dilate and fill with blood. This results in improved blood flow, facilitating an erection once you become sexually aroused.

But, climbing experts who often tackle the highest altitudes recently told CNN that Viagra is often used by climbers to avoid altitude sickness, although its usefulness has yet to be clinically proven.

Questions arose about the validity of these claims after a spokesman for South Korean President, Park Geun-Hye recently said that Viagra pills bought by her office – 364 pills to be exact – were for “altitude sickness”. The reaction of many people was disbelief and what followed was a frenzy of opinions posted on the internet.

Park’s office said the pills were bought to potentially treat altitude sickness for presidential aides and employees on Park’s May trips to Ethiopia, Uganda, and Kenya, whose capitals are 1 to 2 kilometers (0.6 to 1.2 miles) above sea level.

According to a recent news article regarding the scandal, this benefit of Viagra is known to many people who deal with high altitudes on a regular basis. In an interview with CNN, veteran Australian mountaineer Andrew Lock, who has climbed all 14 of the world’s 8,000-meter peaks, said that fellow-climbers began to discuss using Viagra about 10 years ago – to treat and avoid pulmonary edemas.

A pulmonary edema means that an accumulation of fluid has quickly formed in the lungs because of being at a high altitude, making it difficult to breathe and it is potentially life threatening.

“The benefit in terms of climbing is if someone is suffering altitude sickness … that particular drug will help you dilate those blood vessels and carry that fluid away from the lungs,” Lock stated in the interview. “Because if you don’t get that fluid out you can actually drown in (them).”

So is Viagra poised to be the newly prescribed medication to those extensively traveling by air or climbing the highest mountain? Don’t expect this anytime soon.

Results so far are inconclusive. For a pulmonary edema, the Institute for Altitude Medicine said that while Viagra is sometimes used for treatment, it hasn’t been proven conclusively to help.

But in contrast, biochemistry lecturer at Australia’s Murdoch University, Dr. Garth Maker, told CNN in a recent interview that from “a molecular mechanism perspective” Viagra could be potentially used to treat altitude sickness.

“It dilates the blood vessels, therefore, you get a drop in blood pressure,” Maker explained. “So there is certainly a basis for it, (but) from what I can see the general consensus is that it’s very much a ‘maybe’ at the moment.”

Why Even Consider Viagra as a Treatment?

The only reason Viagra could be even be considered as a treatment for altitude sickness is because of what it does for blood-flow within the body. The little blue pill appears to offer solutions to the causes of altitude sickness:

This correlation is not exactly surprising if you remember that Viagra, the number one prescribed ED medication, was discovered accidentally while focusing on treatments for blood-flow specific heart conditions.

Pfizer Inc., the makers of Viagra, originally looked to produce a drug to treat cardiovascular conditions and were looking to find one that could expand blood vessels and therefore treat angina, a heart condition where the vessels supplying the heart with blood become constricted.

So, while looking for ways to expand blood vessels that were constricted, they discovered that male test subjects developed erections that lasted several hours. This occurred at the same time that other scientists were coming to the conclusion that erectile dysfunction was caused by narrowing of blood vessels and resulting in the inability of blood to flow quickly to the penis.

So, Viagra’s purpose for Pfizer shifted and it was approved in the late 1990s by the FDA as the very first of its kind drugs for the treatment of erectile dysfunction.

Clinical trials show that Viagra (sildenafil) is effective for up to 80 percent of men and its safety and effectiveness have been well proven since it was first approved by the FDA in 1998. It works regardless of age, or the length of time you have experienced male impotence, even if it has been for several years.

So, could Viagra actually provide relief of altitude sickness for the South Korean President as he visited the African nations? The world will never know. President Park Geun-hye’s spokesman, Jung Youn-kuk said recently during a daily briefing that none of the pills were taken by the president.

But, Viagra is expected to remain in high-demand for its currently prescribed purposes. According to a report, Viagra has improved the quality of life and relationships for countless men who suffer with male impotence. It is also affordable, since most health insurance policies cover the prescription and can be purchased discretely through a highly-trusted, FDA-licensed, online store like eDrugstore.com.