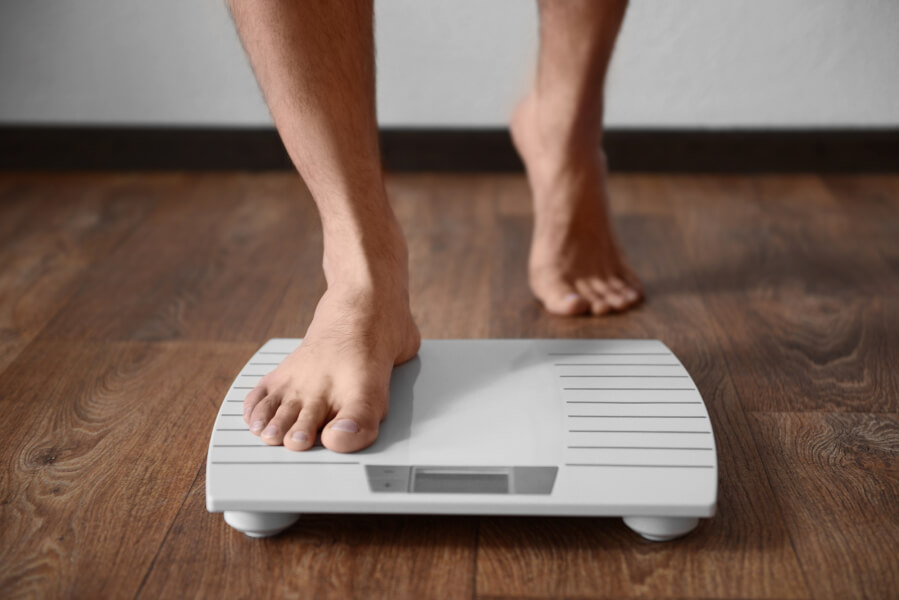 Preliminary research indicates that sildenafil, Viagra’s active ingredient, might help users to shed some extra pounds. However, more extensive study will be needed before the little blue pill is prescribed as a weight-loss medication.

The National Health and Nutrition Examination Survey of 2013-2014 found that more than two-thirds of adult Americans are overweight or obese.

Roughly half those overweight adults are considered obese, with 1 in 13 adults having “extreme obesity.” And about one in every six children and adolescents ages 6 to 19 are obese. Societal and dietary reasons for the epidemic of excess weight in America have been widely debated, but ultimately it comes down to consuming more calories than are necessary to provide energy for bodily functions and daily activities. To lose weight, one way or another people must burn more energy than they consume and do so consistently.

Fortunately, scientists are learning more about the specifics of excess weight, and about the types of fat stored in the human body. It turns out not all fat is the same, and where it is stored can determine whether and how much it affects overall health.

Humans have a veritable rainbow of fat colors in their bodies, and they have different evolutionary roles. Some types of fat are healthier than others. For example, “visceral white fat” is deep fat that surrounds the internal organs. Too much of it is unhealthy because excess visceral white fat pumps out substances that promote insulin resistance and cardiovascular disease. The good news is, visceral white fat is more responsive to exercise than the fat that’s right under the skin.

The fat that’s under your skin is subcutaneous white fat. This is the fat that cosmetic surgeons remove when they perform liposuction. While losing this fat can improve appearance, it doesn’t have that much of an effect on blood pressure, blood glucose, or cholesterol levels.

Beige fat is a mix of white fat with what is known as brown fat. In mice, exercise involving muscle exertion releases a hormone that converts white fat into brown fat. Humans have the same hormone, so it stands to reason that humans also create beige fat by exercising. Beige fat stores energy that would otherwise be visceral white fat – yet another reason regular exercise is healthy.

Brown fat is only located in certain areas of the body, like the back of the neck and shoulder region. It’s designed to convert food energy into heat. Babies have a higher percentage of brown fat in their overall fat makeup to help their bodies regulate temperature better. Adults of normal weight have two to three ounces of brown fat, which when stimulated can burn hundreds of calories a day.

What Happens to Mice Fed Viagra?

Researchers at the University of Bonn in Germany fed mice Viagra for seven days in a row and then studied what happened to their fat cells. Mice who were fed Viagra were less likely to become obese, even if they were given a high-fat diet. The researchers discovered that Viagra appeared to convert white fat into beige fat, which helps burn energy for heat. It’s almost as if the drug “melts” unhealthy fat, though they’re not exactly sure how Viagra does this.

Study of Viagra and Weight Loss

In 2015, researchers at Wuhan General Hospital in China conducted a study of 40 healthy men who were taking either a placebo or a pill containing sildenafil (the active ingredient in Viagra) three times a day for a week. Their fat cells were then studied, and the men underwent other tests, such as blood pressure monitoring. Such trials of sildenafil and fat loss in humans are still in their early stages. Eventually, this study and studies like it could lead to novel ways of treating obesity in humans.

Findings from the Chinese study were published in the January 2018 issue of Metabolism. Researchers found that short-term treatment with sildenafil helped convert subcutaneous white adipose tissue into brown fat. They theorize that the elevated levels of cyclic guanosine monophosphate promoted by sildenafil intake plays a key role in this conversion process and thus helps to rev up metabolism. Beige fat (the brown fat generated within white fat) contains a protein also found in ordinary brown fat that’s involved in heat production. That protein tends to be low in people with a body mass index of 30 or more.

Levels of cGMP in the men in the Chinese study were measured at the beginning of the study and were then measured for several months after the week of taking sildenafil. It is known that sildenafil (and other drugs in the same class) increase levels of cGMP, which is what allows the smooth muscle relaxation inside blood vessel walls that enables better circulation (and hence, better erections).

If it turns out that Viagra can assist with weight loss, doctors may have yet another reason to prescribe it to men who have both erectile dysfunction and a few extra pounds. But while researchers are encouraged by the results of these early studies of weight loss and Viagra, they’re not to the point of prescribing Viagra for weight control. They’re still likely to recommend the tried and true path to weight loss (burning more calories than are consumed) for overweight patients, whether or not they have erectile dysfunction.

In the meantime, Viagra and the other PDE5 inhibitors are very effective in treating ED caused by insufficient blood flow to the penis. If the convenience of ordering such drugs online appeals to you, check out what eDrugstore.com has to offer at its Erection Problems page.