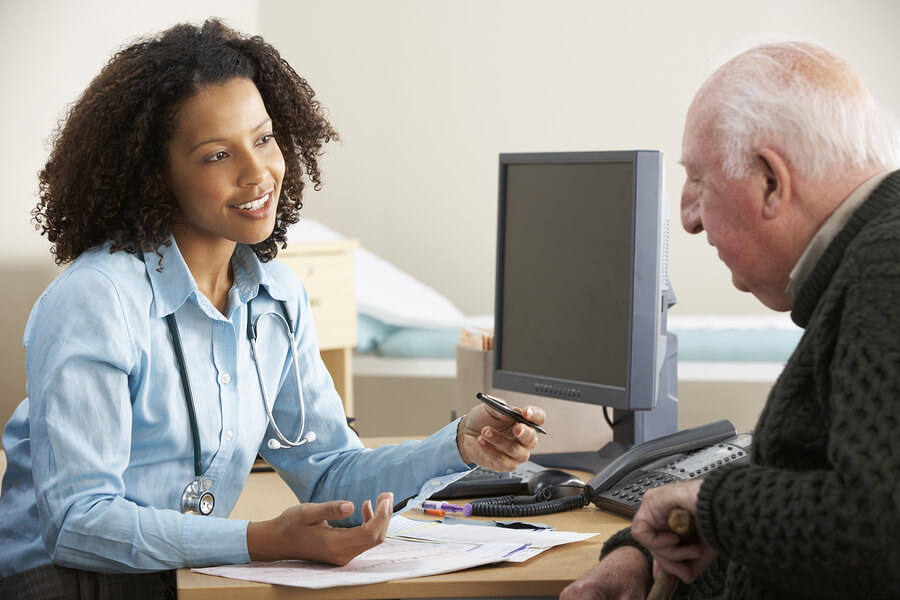 We don’t know yet, but a new experiment may provide answers.

However, a drug in the same class as Viagra, tadalafil (the generic name for erectile dysfunction drug Cialis), is being tested in a small group of people over age 65 in the UK to see if it can improve blood flow to the brain in people who have evidence of “small vessel disease” – blood vessel damage in the brain that may or may not follow a stroke. The drug will also be tested on people who have experienced mild memory loss.

Tadalafil is a member of the drug class known as PDE-5 inhibitors, a class that includes Viagra, Cialis, and Levitra. These drugs work by inhibiting an enzyme called PDE-5, which is found in numerous tissues throughout the body. When too much PDE-5 is present, another substance, called cyclic GMP (cGMP) cannot do its job of relaxing smooth muscle cells in blood vessel walls so that blood flow is optimal. PDE-5 inhibitors allow cGMP to do its job, so blood flow is improved.

What Is Vascular Dementia?

Those at highest risk for vascular dementia include people who have had strokes or so-called mini-strokes, those with high blood pressure, high cholesterol, or other cardiovascular risk factors.

PDE-5 inhibitors like tadalafil are used in treating erectile dysfunction because they improve blood flow to the penis. These drugs are also used in other diseases involving impaired circulation, such as pulmonary arterial hypertension, a very serious form of high blood pressure in the lungs. Naturally, this has led healthcare experts to wonder if perhaps PDE-5 inhibitors could affect blood circulation in other areas of the body, including the brain.

Progress in treating dementia has been disappointing. Many new drugs have been developed, only to perform disappointingly in humans. Now the Alzheimer’s Society in the UK along with New York-based Alzheimer’s Drug Discovery Foundation is studying whether existing drugs like tadalafil can improve symptoms of dementia.

The New US-UK Study of Tadalafil

The world’s first clinical trials of tadalafil’s effects on blood flow to the brain will begin soon in London. The trials, funded with $500,000 from the Alzheimer’s Drug Discovery Foundation, will help determine if tadalafil can help prevent the onset of vascular dementia. Fifty people over age 65 who have evidence of small vessel disease after a stroke, or who have experienced mild memory loss will be involved in the study.

Blood flow to the brain will be measured both before and after a single dose of tadalafil. Measuring blood flow to the brain involves a type of magnetic resonance imaging (MRI) called arterial spin labelling. This technique involves using radio waves to magnetize water in the blood and then trace the blood in the brain to determine how much is reaching different areas of brain tissue. During some visits to the testing clinic, patients will be given low doses of the drugs, and during others, patients will be given a placebo for comparison purposes.

A Patent Application in 2011

The new study may be the first involving human trials, but the idea that tadalafil could be involved in improving blood flow to the brain has been around for a while. In 2011, scientists from the University of Navarra in Pamplona, Spain, applied for a use patent for tadalafil as a possible treatment for dementia and Alzheimer’s disease. Among the claims made by the patent, tadalafil and its derivatives could be used as an oral medication in prevention or treatment of dementia in geriatric patients at dosages of 20 to 100 mg per day.

Tadalafil crosses the blood brain barrier, and according to the patent application has been tested in mice, where it was found to improve certain cognitive and memory skills. Tadalafil was also tested for its effect on tau proteins in the brain, which appear to be related to brain cell changes of various types of progressive dementia. In mice, tadalafil appeared to reduce levels of tau in the brain. Though the patent application was withdrawn in 2013, its existence indicates that interest in PDE-5 inhibitors and their potential role in brain health is strong.

PDE-5 drugs, particularly Viagra, have been tested for treatment of numerous health conditions in both men and women, most of them having nothing to do with erectile dysfunction except for their dependence on healthy blood flow. PDE-5 inhibitors have shown promise in treating stroke patients, certain complications of pregnancy, altitude sickness, and a disfiguring benign tumor known as a lymphangioma. If tadalafil is found to improve the lives of those with vascular dementia, it may do what a slew of newer drugs have so far failed to do, and it could become available in a much shorter time due to its already-lengthy presence on the market and safety profile.

Tadalfil, the active ingredient in the erectile dysfunction drug Cialis, will soon be tested in people with certain types of impaired blood flow in the brain that can lead to dementia. If it is determined, via arterial spin imaging, to improve blood flow to critical brain areas, it could provide significant promise in the search for ways to slow or prevent dementia, which is expected to become more common as the world’s population ages over the next decade.

At eDrugstore.com, we have provided Cialis, Viagra, and other medications in cooperation with US-licensed pharmacists with unmatched convenience and customer service. Over the past 15 years, eDrugstore.com has served over half a million satisfied customers with easy online ordering, fast shipping, and an unrivaled dedication to customer privacy, security, and online safety.