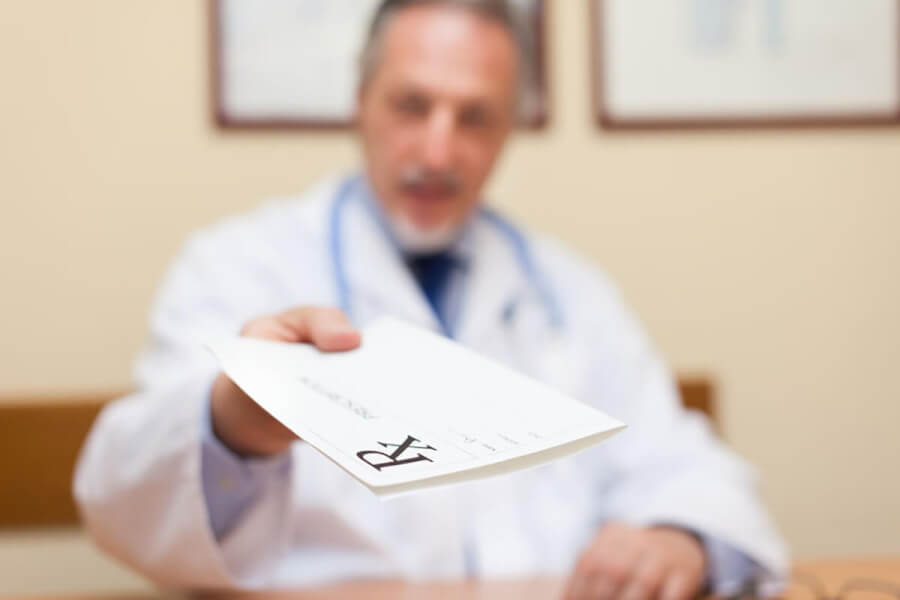 Can I Get Viagra without a Prescription?

Viagra without a prescription? They have a word for it: “counterfeit.”

Currently you cannot get Viagra without a prescription, no matter what those search engine results say.

Many men would like to be able to buy Viagra without a prescription, but the day you can walk into your local drugstore and buy Viagra right off the shelf like aspirin has not arrived.

Viagra did the world a great service in bringing the topic of erectile dysfunction to the table and making talking about it easier. Before the development of the drug, millions of men suffered in silence with erection problems, afraid to bring it up with their doctors, and subject to unhelpful advice, like “Just relax and don’t stress out about it.”

The truth is, in most cases, erectile dysfunction is all about hydraulics: when blood circulation to the penis is inadequate, an erection can’t happen, and while this may cause a great deal of emotional stress, it certainly doesn’t mean that stress is what causes the problem. Today, doctors understand erectile dysfunction better and knowing how Viagra works not only allows them to help men deal with erection problems, it makes it easier to discern when erection difficulties actually are attributable to psychological factors.

You can go to any search engine and type in “Viagra without prescription” and be presented with countless websites that say they’ll sell you Viagra and won’t require you to have a prescription. The problem is, these websites are extremely sketchy. Not only could they simply be bait to draw you in and infect your computer with malware, but they could also be drawing people in so as to commit identity theft. Worse still, they could sell you a product they claim is Viagra, probably very cheaply too.

The problem is, these websites sell counterfeit Viagra. It may look exactly like the real thing, but there’s no way of knowing what’s in it without having it chemically analyzed. Substances found in counterfeit Viagra range from inert but probably harmless to definitely dangerous. People have even died from taking counterfeit Viagra. So if you find a website that says it will sell you Viagra without a prescription, stay away, because nothing good can come of it.

A Brief UK Experiment on Viagra Without Prescription

Believe it or not, there was a brief experiment in the UK in 2007 in selling Viagra without a prescription. Under the program, Pfizer, the manufacturer of Viagra, was allowed to sell the drug, four pills at a time, at selected branches of Boots pharmacy. Men who wanted it had to answer a pharmacist’s questions about their medical history, blood pressure, and other health indicators. Pharmacists could then dispense the medication. Men who wanted more were referred to doctors.

But despite the lack of problems with the experiment, the European Medicines Authority (EMEA) stepped in and put a stop to it. Their concerns were that without a prescription, there was no medical supervision, and there were fears that men could take the drug not realizing that underlying disease (like atherosclerosis) was present and contributing to the problem. Erectile dysfunction is now known to be an indicator in some men of early heart disease.

Pfizer disagreed with the EMEA. Their reasoning was that an over-the-counter program would ultimately bring more men into contact with doctors since they would have to see a doctor if they wanted more than the four pills pharmacists were allowed to dispense. Moreover, the prevalence of counterfeit Viagra was seen to be a much bigger risk to men than the acquisition of four pills after having spoken to a pharmacist who one would assume was very familiar with Viagra and its risk profile.

The US Food and Drug Administration (FDA) defines OTC drugs as “drugs that are safe and effective for use by the general public without seeking treatment by a health professional.”

To be reclassified for over-the-counter sales, a drug must have favorable drug interaction profiles, relatively low toxicity, low potential for abuse, and a favorable adverse-event profile. There are basically three ways in which a drug may be changed from prescription-only to OTC:

1. New clinical research is presented providing information that allows a drug to be approved for OTC sales or at OTC dosage levels, and a New Drug Application (NDA) is filed with the FDA by the manufacturer.

3. A supplement to a prescription drug’s original NDA can be filed if favorable post-marketing safety results show that the drug can safely be used without the supervision of a physician.

These processes are all time-consuming, but they were designed so that every opportunity is taken to ensure that drugs reclassified with over-the-counter status are safe and effective when used as directed by a typical consumer.

The FDA has specific procedures for reclassifying prescription drugs for over-the-counter sales.

Current Speculation About Viagra Without Prescription

Early in 2014, speculation increased about the possibility of Pfizer rolling out a nonprescription version of Viagra. The company neither confirmed nor denied the possibility, but they did drop an enticing hint, releasing a statement that said, “We are evaluating a number of molecules for potential switch from prescription to nonprescription status, and are focusing on categories that will have the greatest benefit for patients and the healthcare system overall. At this time, we are not discussing the individual medicines being evaluated.”

Pfizer has long expressed concern about the huge black market for fake Viagra and even opened its own website to sell Viagra directly to consumers who had prescriptions for the drug. But the OTC experiment in the UK in 2007 didn’t work out, and the company also started developing a nonprescription version of Viagra specifically for the UK market in 2010 that did not come to fruition. So speculation remains exactly that.

While everyone’s waiting for the possibility of Viagra without prescription, options for obtaining it conveniently already exist. eDrugstore.com has dispensed Viagra to over 500,000 customers over the past 15 years, offering unsurpassed convenience, competitive pricing, and total commitment to customer privacy and security.