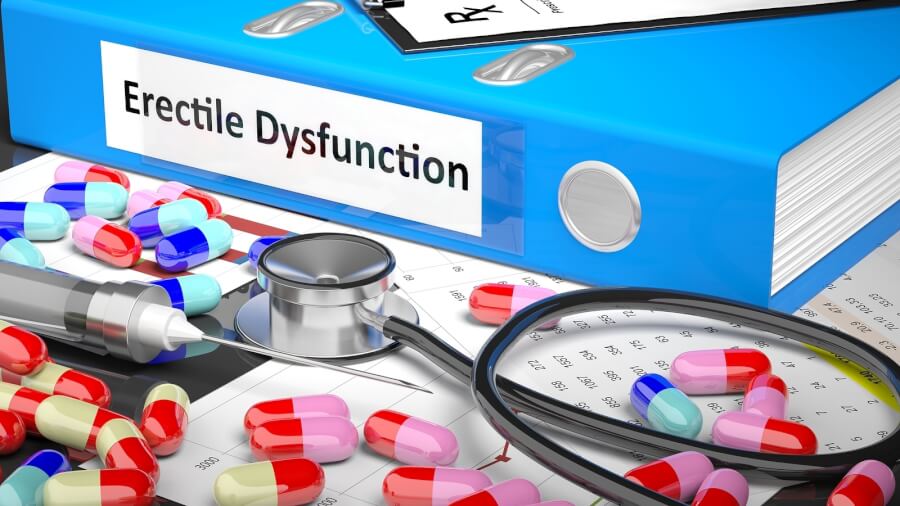 As widely safe and effective as they are, erectile dysfunction drugs don’t work for all men. Some may find the solution in low-intensity extra-corporeal shock wave therapy, which promotes the growth of new blood vessels in and around the penis.

For most men, the very idea of getting a shock — however mild — to the penis is probably enough to quickly wilt the most robust erection. However, a recent series of studies has found that extra-corporeal shock wave therapy, or ESWT, can help men with erectile dysfunction to get and keep an erection even when they’ve been unable to get results from drugs such as Viagra and Cialis.

Although the notion of applying shock waves to the penis is at least initially pretty unappealing, it does offer an interesting alternative to the PDE5 inhibitors that up until now have clearly been the most broadly effective therapy available. And unlike Viagra and Cialis, ESWT has no apparent side effects, making it an ideal choice for those troubled by the headaches and dizziness some experience after taking the ED drugs. And for those who have found no relief from the ED drugs, ESWT is a new chance to overcome their erection problems.

So what exactly does ESWT involve? In one of the most recent studies by Scandinavian researchers into ESWT’s potential, roughly half of the study’s participants received five weekly doses of low-intensity sound waves that were administered to six sites along their penises. The other half of the study group received placebo therapy. After the five weeks of therapy, 57 percent of the men who actually received ESWT were able to obtain an erection and to engage in sexual intercourse without using any medication. Among the placebo group, only 9 percent of the men were able to achieve an erection and have intercourse.

At a February 2016 meeting of the European Society for Sexual Medicine in Madrid, the results of this most recent study, along with others done in the past few years, were presented and reviewed. The thrust of the research findings from these studies was that ESWT may in time provide a longer term solution to the problem of erectile dysfunction than any other mode of treatment now in use.

The most recent study, one of several presented in Madrid, was published in the July 2015 issue of the Scandinavian Journal of Urology. A team of researchers led by urologist Anne B. Olsen from Denmark’s Viborg Hospital recruited a study group of 112 men suffering from ED and unable to have sexual intercourse without medication. The study subjects were then divided into two groups, one active and one placebo, that received treatment as described earlier.

Tested again 24 weeks after the completion of therapy, 19 percent of the men in the active group were still able to get and keep an erection and have sexual intercourse. The results show a possible cure in some patients, but the ever-cautious researchers called for additional research involving longer follow-up on patients receiving the low-intensity ESWT treatment.

In its conclusion to the study results, the Scandinavian researchers observe that ESWT is “patient-friendly, has no side effects requiring treatment, and can be used for all patients.” Another obvious plus is ESWT patients’ ability to get a spontaneous erection, something that cannot be said of the PDE5 inhibitors.

How does ESWT work? It all has to do with blood flow, although this novel form of therapy takes a wholly different approach to that problem than taken by those who developed the PDE5 inhibitors. The shock wave therapy appears to promote the growth of new blood vessels in the penis, providing additional pathways to increase blood flow to the penis, according to Israeli urologist Ilan Gruenwald, M.D.

Gruenwald was the lead researcher on a series of three Israeli studies on ESWT that were published in the April 2013 issue of Therapeutic Advances in Urology. That study looked at the effects of low-intensity ESWT on 20 middle-aged men, all of whom suffered from mild to moderate erectile dysfunction for almost three years. All of the study subjects were able to function sexually with the help of PDE5 inhibitors.

One month after the completion of shock wave therapy, 15 of the study participants showed significant improvements in their erectile function. Little or no improvement was observed in the other five study participants. As measured by the International Index of Erectile Function — Erectile Function (IIEF-EF), the average increase in domain scores was 7.4 points. At the six-month follow-up, 10 of the study subjects reported that they were still experiencing spontaneous erections sufficient for penetration without the help of PDE5 inhibitors.

For a second round of testing, the Israeli researchers looked at the effects of ESWT among men whose erectile dysfunction was more severe than among the men in the first study group. None of the 29 men in the second study group responded to treatment with PDE5 inhibitors, and all had multiple cardiovascular risk factors. Researchers set a goal of converting these study subjects from nonresponders to PDE5 therapy to responders. Three months after the end of therapy, eight men were able to achieve normal erections without medication. and the other 21 were able to achieve vaginal penetration with oral PDE5 therapy.

For the third Israeli study, researchers recruited 60 men with ED and divided them into two separate groups. One received low-intensity ESWT in a treatment protocol identical to those used in the first two studies. The second group received a sham treatment using a probe that produced no shock wave therapy but was identical in appearance to the one used in the active group. Among those who received ESWT treatment, the improvement in erectile function scores was significantly higher than those who got the sham treatment. In a two-year follow-up with the men who received real ESWT treatment, all reported that the beneficial results from the therapy was continuing.

Not Yet Approved by FDA

Although ESWT treatment of erectile dysfunction is already available in a handful of medical clinics around the world, it has yet to be approved by the Food and Drug Administration for use in the United States. However, that may well change before too long. Trinity Bavilacqua, M.D., Ph.D., an associate professor of urology at the Johns Hopkins School of Medicine, said that while he is not yet ready to offer the therapy to his patients, it’s primarily because standardized treatment protocols have yet to be developed. “I’ve been a skeptic, but I’m becoming a believer,” he told NewScientist.com.

If you’d like to read more about ESWT and related issues of interest to health consumers, check out our blog.