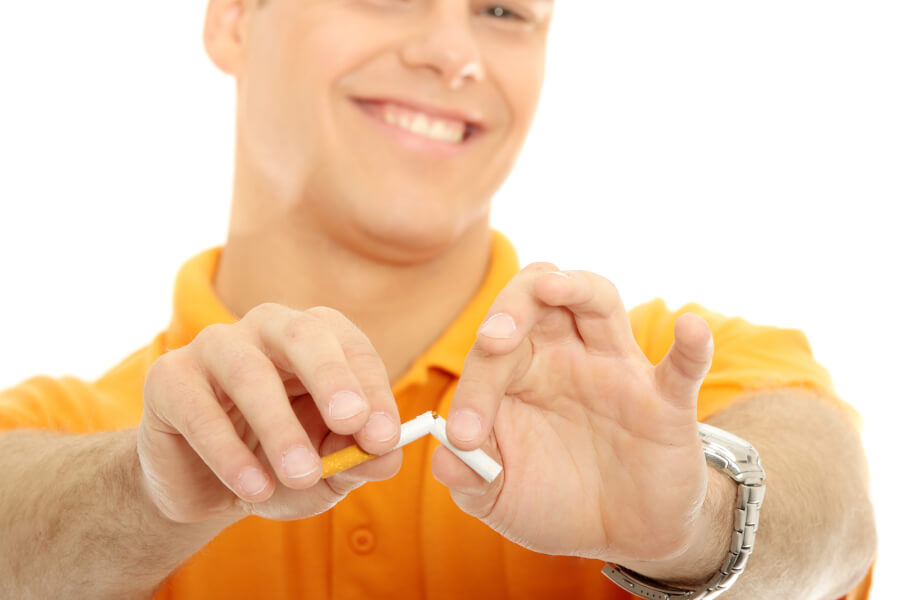 Smoking has long been implicated as a cause of erectile dysfunction. Yet millions of American men continue to smoke, prompting public health authorities to mount aggressive antismoking campaigns.

The list of reasons to quit smoking is long and compelling, but despite the best efforts of health authorities, millions of Americans still smoke. In fact, the Centers for Disease Control and Prevention estimates that nearly 38 million U.S. adults were still smoking cigarettes as of 2016.

This is a staggeringly high number when one considers some other statistics from the CDC, which reports that more than 480,000 Americans die each year from cigarette smoking. And even more poignant is the fact that many of these deaths are caused by exposure to secondhand smoke, meaning that the loved ones of smokers have become collateral damage of the addiction to tobacco.

Viewed in economic terms, the toll of smoking is also extremely discouraging, according to the CDC. The health agency says smoking-related illness in this country carries with it an annual price tag of more than $300 billion, $170 billion of which goes for the direct medical care for adults affected by smoking. Lost productivity accounts for an additional $156 billion in annual costs.

In the face of all the scientific evidence about the damage that smoking can do, millions of men continue to smoke. However, the growing body of evidence that shows smoking’s negative effects on erectile function may just be enough to turn some of those men around. They may be willing to flirt with heart disease or lung cancer as a possible byproduct of smoking but draw the line at the threat of erectile dysfunction.

California’s Department of Health Services has long sponsored an ambitious antismoking campaign in an effort to get state residents to kick the habit. And it has featured the link between smoking and erectile dysfunction since the late 1990s. One of the earliest public service messages in this campaign shows a debonair tuxedo-clad gent who becomes the object of an elegantly dressed young woman’s attention. As she eyes him, he lights up a cigarette, but the cigarette almost immediately goes limp. With a smirk, the lady turns and walks away.

Recently, a team of European and American researchers undertook a systematic review of the scientific literature about the link between smoking and erection problems. Of the English-language studies published between January 1998 and October 2014, they selected 13 articles that fit their predefined criteria for inclusion and that also included preferred reporting items for systematic reviews and meta-analysis.

The vast majority of the articles selected for review demonstrated an association between smoking and erectile dysfunction. Most of these studies also provided evidence that quitting smoking can often help restore erectile function. Perhaps most importantly, the review uncovered significant evidence to support the hypothesis that three key factors are involved in the vast majority of smoking-related ED. These factors are smoking’s impairment of endothelial function (explained below), a reduction in overall nitric oxide availability, and oxidative stress resulting from an imbalance between oxidative and antioxidative reactions in the body.

In the conclusion to their review, which was published in European Urology Focus, researchers find that “smoking is strongly associated with ED.” They also note that there is substantial evidence that secondhand smoke can cause erection problems as well. The good news from their study is that smoking cessation “has a beneficial effect on the restoration of erectile function.”

As the researchers found, smoking appears to lead to varying degrees of endothelial dysfunction, which in turn makes it increasingly difficult to get and keep an erection strong enough for intercourse. The endothelium is a single layer of cells that line the inner walls of blood vessels. It is a key player in the erectile process in that it responds to nerve signals and relaxes to dilate the blood vessels supplying the penis, thus facilitating erection. The damaging effects of smoking prevent the endothelium from functioning at optimal levels, thus making it more difficult for an erection to occur.

Frustrated by the failure of existing examples of smoking’s dangers to motivate smokers to quit, a couple of psychology researchers from the University of Texas decided to look more closely at the effects of smoking cessation on erectile function. Their hope was that male smokers might be more motivated to quit if it could be shown that quitting smoking can significantly improve their erections.

As reported in Time magazine, the researchers gathered a study group of 65 sexually active male smokers, all of whom had indicated a desire to quit smoking. As another prerequisite for enrollment in the study, participants had to be willing to have their erections measured in the laboratory.

In the first step of the study, test subjects participated in an eight-week smoking cessation program that involved the use of transdermal nicotine patches to help wean them off their dependence on nicotine as well as counseling on the dangers of smoking. During the first four weeks, participants got patches delivering a daily dose of 21 milligrams of nicotine. For weeks 5 and 6, the daily dose was reduced to 14 milligrams, and then to 7 milligrams daily for the final two weeks of the smoking cessation program.

At the conclusion of the smoking cessation portion of the program, 31 percent of the test subjects had successfully kicked the habit. When compared with those who had been unable to quit or who had relapsed, those who were nicotine-free reached maximum sexual arousal much more quickly and had firmer and wider erections. These improvements were not evident until after the men had stopped using the nicotine patches, a clear indication that nicotine itself negatively affects erectile function.

One-fifth of the men enrolled in the study reported having ED at the outset of the study. Of those men, three-quarters of those who managed to kick the habit reported that their symptoms of impotence had disappeared. Researchers published an article detailing the results of their study in the March 2012 issue of BJU International.

While the specter of long-term increased risk of heart disease and cancer has failed to stir many male smokers to action, the University of Texas researchers hope that this evidence of improved erectile function might be enough to get at least some of them to quit.

If you’re looking for medications to help kick the smoking habit or to relieve your symptoms of ED, longtime online facilitator eDrugstore.com has you covered on both fronts. In business since the late 1990s, it sells Chantix, a drug proven to help smokers quit, as well as a full range of ED medications, both brand-name and generic. To learn more, visit eDrugstore.com’s homepage.