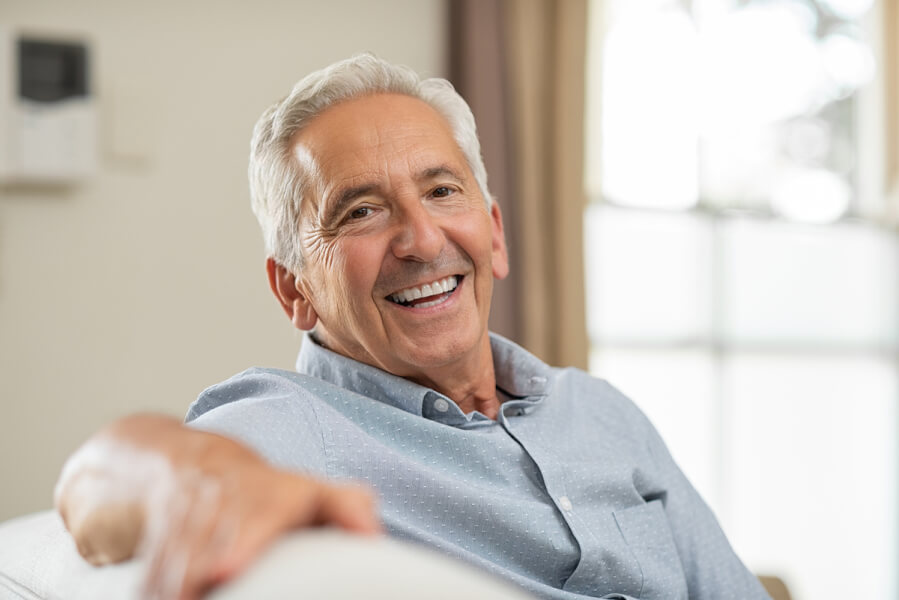 Studies reveal that men who perform poorly on gait function and handgrip strength tests are more likely to develop erectile dysfunction than those who do well.

Japanese researchers have found that a man’s gait — his way of walking — is associated with his risk of developing erectile dysfunction.

It has long been recognized that a lack of physical exercise generally increases a man’s risk of ED, but this is the first study to indicate that a man’s gait — independent of other variables — is directly linked to ED risk.

Specifically, the study found that men who take smaller steps face a significantly higher risk of impotence than those who take longer strides when walking.

This latest finding also seems to be related in some respects to the findings of an earlier South Korean study that found a relationship between hand-grip strength and an increased risk of ED.

Published in the September 12, 2019, issue of The Journal of Sexual Medicine, the Japanese study was designed to “investigate the relationship between gait function and ED in a community-dwelling population.”

A team of researchers associated with the Hirosaki University Graduate School of Medicine focused their cross-sectional study on 324 men who’d participated in the 2015 Iwaki Health Promotion Project in Hirosaki. Study participants were divided into two separate groups, based on their scores on the International Index of Erectile Function-5 questionnaire.

Men who scored 16 or lower on IIEF-5 were put into one group, while those scoring 17 or better went into the second group. A score of 5 to 7 on the IIEF-5 indicates severe ED, while scores between 8 and 11 indicate moderate ED. A score of 12 to 16 is indicative of moderate to mild impotence, while 17 to 21 indicates mild ED. A score between 22 and 25 indicates no sign of ED at all.

Of the 324 men in the study, 154, or just under 48 percent of the total, had low IIEF-5 scores, indicating most were suffering from moderate to severe ED.

Members of the Japanese research team then evaluated both groups in terms of physical function, looking specifically at grip strength and gait function. To assess the latter, two tests were conducted: 10-meter gait speed and two-step score. The latter is the ratio between the maximum length of two strides to the test subject’s height.

In addition to testing on gait function and grip strength, researchers evaluated study participants in terms of physical activity of all kinds, laboratory tests, mental status, and the presence of comorbid medical conditions.

What the Tests Revealed

Gait and grip strength testing revealed that the men with the higher incidence of ED were inferior in terms of grip strength and both measures of gait function to those men with higher IIEF-5 scores.

Moreover, the researchers found that the two-step score, age, and total blood levels of testosterone were independently associated with a low score on IIEF-5, which is indicative of moderate to severe ED.

Researchers expressed the hope that their findings might motivate clinicians to more closely assess physical function as a predictor of erectile dysfunction. 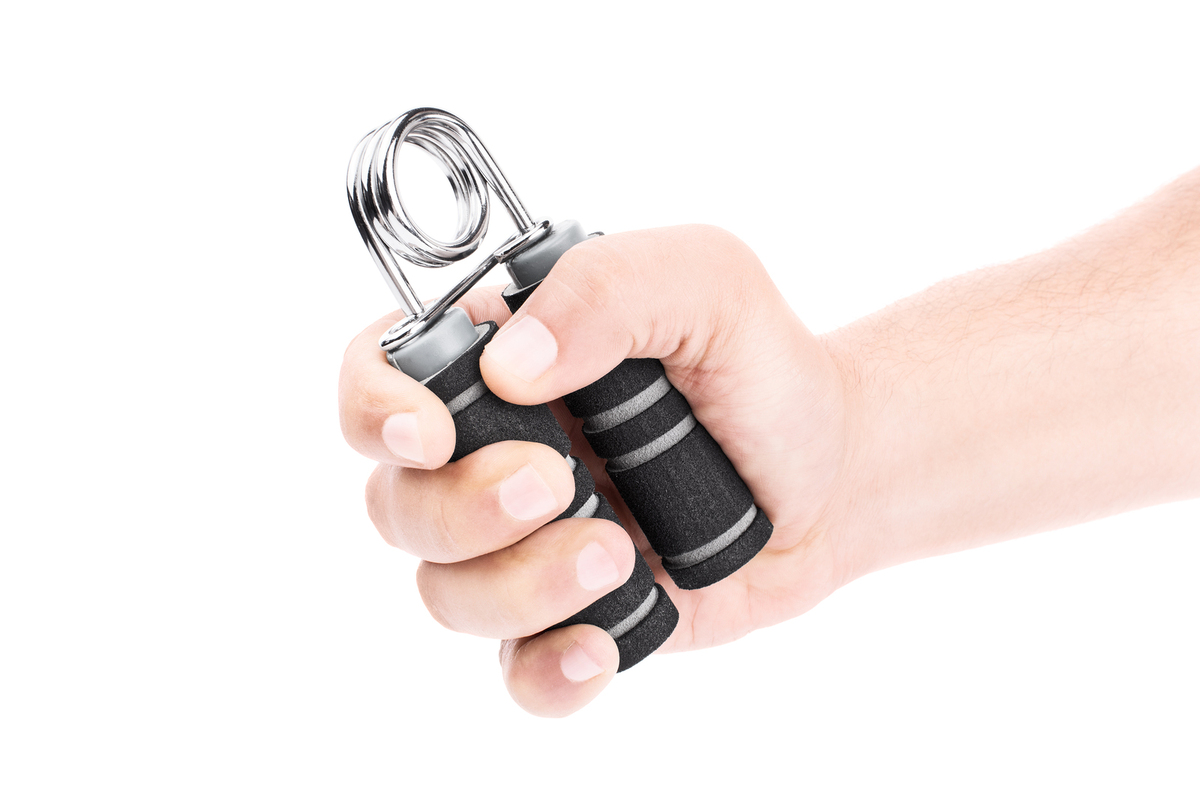 Handgrip strength also appears to be associated with the risk of erectile dysfunction.

What About Grip Strength?

In yet another recent study assessing the relationship between physical function and ED risk, South Korean researchers sought to evaluate the link between handgrip strength and erectile dysfunction.

Published in the December 2018 issue of Aging Male, the South Korean study included 1,771 men. A handheld dynamometer was used to measure the handgrip strength of all study participants. The erectile function of participants was tested using the Korean version of the International Index of Erectile Function. The IIEF testing revealed that 48.8 percent of the study participants suffered from moderate to severe ED.

The South Korean research team concluded that the risk of ED was lower among men with greater handgrip strength.

Although relatively narrow in scope, both these recent studies underline the importance of regular physical activity in the maintenance of normal erectile function. And it’s never too late to try to do better, although you should always consult with your doctor before undertaking any regular program of physical activity.

Regular physical activity and a heart-healthy diet can help men to maintain normal erectile function for as long as possible. And for those who have already begun to notice the early signs and symptoms of ED, acting promptly to improve your lifestyle may very well help to reverse those symptoms or at least minimize their impact on your love life.

It should also be borne in mind that exercise and healthy eating are the primary pillars of sound cardiovascular health. Problems getting an erection usually come well before more serious cardiovascular episodes such as heart attack or stroke. This is because the arteries that supply the penis are much smaller than those that serve the heart and brain and are thus more likely to become clogged earlier.

Taking positive action as soon as possible can salvage your sex life and may very well help you to avoid the even more serious health consequences of heart attack or stroke. 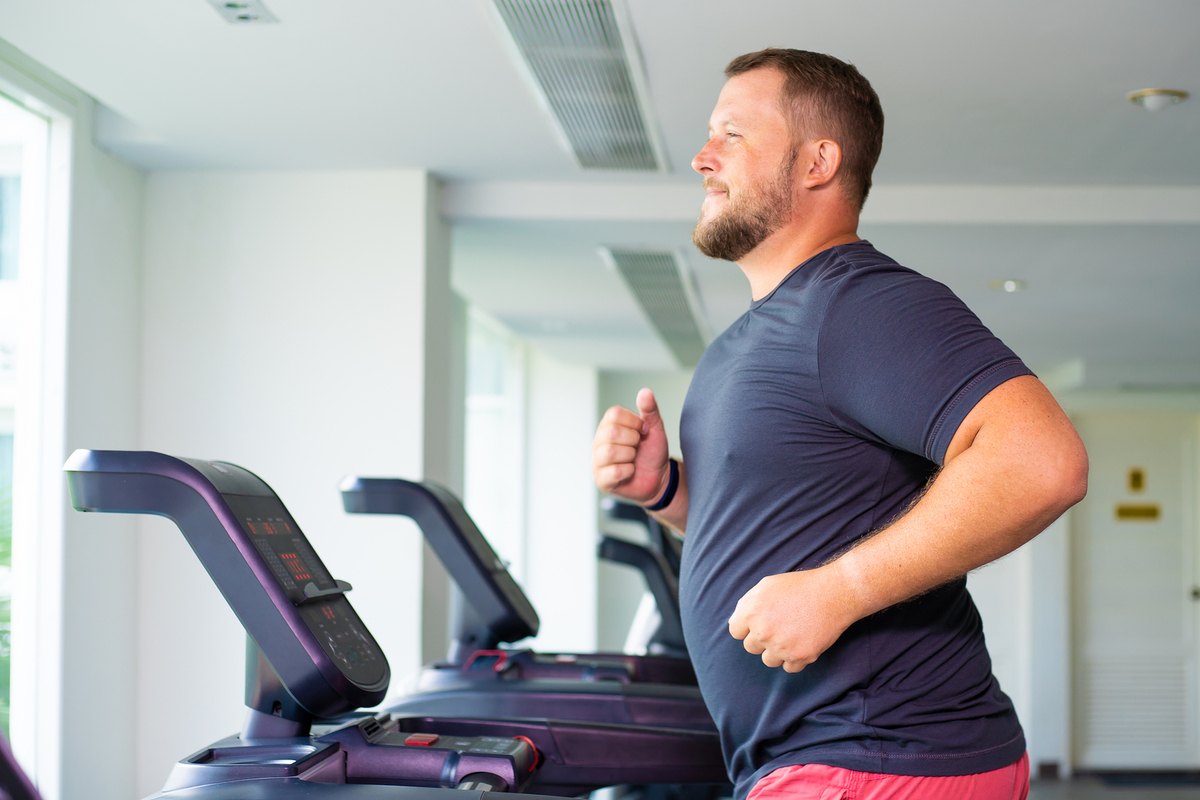 With respect to your gait, or way of walking, there are some concrete steps you can take to make improvements in that area. According to DrFootPain.com, improving your gait can reduce your risk of injury, help to prevent ligament damage, and reduce overall stress on your joints. To learn more, visit the website for suggestions about practical steps you can take to improve your gait.

Getting Help for ED

If early signs of ED are already interfering with your sex life, one of the popular oral ED medications known as PDE5 inhibitors should be able to help. These drugs, such as Viagra, Cialis, and Levitra, are not a cure for ED, but they do temporarily improve blood flow to the penis, thus giving you a window of time during which it’s possible to get and keep an erection suitable for intercourse.

All these drugs can be ordered online from eDrugstore.com, a longtime online prescription drug service based in Tempe, Arizona. To buy any of these drugs, you’ll need a prescription. However, if your busy schedule has no room in it for a visit to the doctor’s office, eDrugstore can set up a complimentary online consultation with a licensed U.S. physician who can authorize a prescription if appropriate.

And by ordering online, you’ll save yourself the hassle of travel to and from the local pharmacy plus any time you might have to spend waiting for the prescription to be filled. Orders placed with eDrugstore are promptly filled, discreetly packaged, and shipped off to you free of charge. To learn more, visit eDrugstore’s Erectile Dysfunction page.