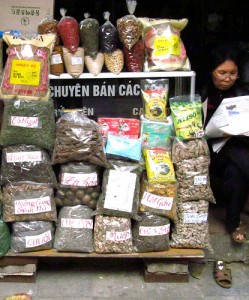 Herbal remedies, many used in traditional Chinese and Indian medicine, have been able to help some men to overcome their symptoms of impotence.

Since the introduction of Viagra in the late 1990s, the public’s focus on treatment for impotence or erection dysfunction has largely been on the little blue pills or the other closely related drugs that have since joined Viagra on the market.

However, the problem of erection dysfunction has been around since the beginning of time, and throughout history men have found natural remedies for impotence. For some men, both in remote corners of the world and in the United States as well, these natural remedies remain viable alternatives to prescription medications, which are effective for most men but may not work as well for others.

May Still Have Side Effects

It’s worth noting that the fact that remedies come from nature does not mean they are necessarily without their own side-effects, some of which can be severe.

And although nature provides a rich bounty of substances with medicinal properties, it can be difficult — if not impossible — to gauge the relative amount of bioactive ingredients in similarly-sized plant specimens, for example. Fortunately, pharmaceutical processing companies have in many cases isolated these bioactive ingredients and made them available in over-the-counter health supplements.

However, no matter how you choose to treat your symptoms of impotence, talk first with your doctor to get his take on which forms of treatment are best for you.

Although the list of herbs and other natural substances thought to have some degree of effectiveness against impotence is unmanageably long, what follows is a brief look at 10 of the most widely used natural remedies along with their pros and cons.

L-Arginine: An amino acid, L-arginine is found naturally in a wide array of high-protein foods, including meat, fish, poultry, and dairy products. For those on vegetarian or vegan diets, L-arginine is also available in supplement form. The body needs L-arginine to synthesize nitric oxide, which relaxes blood vessel walls and promotes strong blood flow to the penis.

In one clinical study, men taking L-arginine as a supplement showed significant improvement in their sexual function, when compared with others who received placebo. However, researchers noted that the amino acid seemed to benefit only those men who had low levels of nitric oxide at the outset of the study.

Side effects of L-arginine include digestive complaints and alterations in potassium levels, especially in people with liver disease.

Ashwagandha: An herb that consists of the ground root of the Withania somnifera shrub, ashwagandha is one of the most prized remedies in the pharmacopeia of Ayurveda, the traditional medicine of India. It is used by both men and women to fire up the libido and improve sexual function. Although ashwagandha has thousands of years of anecdotal success stories going for it, no major clinical studies have thus far been conducted.

Large doses of ashwagandha have been known to cause diarrhea, stomach upset, and vomiting.

DHEA: Dehydroepiandrosterone, or DHEA, is a hormone produced by your body’s adrenal glands. It is essential to the production of both estrogen and testosterone, the primary female and male sex hormones. Over time, your adrenals may produce lesser amounts of DHEA, which can lead to a deficiency of sex hormones with a resulting decrease in libido and sexual function. DHEA supplements, made from wild yam and soy, can replenish your body’s supply of DHEA and thus increase production of the sex hormones.

In a 1999 study, 40 men with erection dysfunction were divided into two groups. One received 50 milligrams of DHEA daily for six months, while the other group was given placebo. At the end of the study, the men who received DHEA were more likely to achieve and sustain an erection than those who got placebo.

MayoClinic.com notes that while DHEA appears to be safe at low doses, the hormone can cause acne.

Gingko Biloba: Probably best known for its ability to protect against cognitive decline, gingko biloba has also been used to treat erection dysfunction, primarily among men whose ED has been traced to certain antidepressant medications. However, two studies on its efficacy as an ED treatment have produced contradictory results.

This is one of the natural ED remedies that has fallen out of favor in recent years. According to Ronald Tamler, M.D., codirector of the men’s health program at New York City’s Mount Sinai Medical Center, gingko’s fall from grace is understandable. It’s “because it doesn’t do much,” Tamler told WebMD.

Gingko can increase the risk of bleeding.

Ginseng: For centuries, Asian folk medicine practitioners have prescribed Korean red ginseng for the treatment of impotence. And modern studies appear to confirm the wisdom of the ages. In a review of randomized clinical studies on the efficacy of ginseng in treating ED, a team of British and South Korean pharmacology researchers concluded that the evidence is persuasive. However, they noted that the seven studies they reviewed were small in scale and should be followed up with additional studies that are broader based and more rigorous.  Their review was published in the October 2008 issue of “British Journal of Clinical Pharmacology.”

Although Korean red ginseng appears to be safe for short-term use, it can cause insomnia, according to MayoClinic.com.

Pomegranate Juice: Rich in antioxidants, pomegranate juice is clearly a healthy drink. And based on a small-scale study conducted in 2007, it may also have a role to play in the treatment of impotence. Researchers at UCLA found that some of its study subjects reported better quality erections after drinking the juice. Researchers suggested that these results may be attributable to the juice’s potent antioxidant content, which can prevent free radical molecules from disrupting proper circulatory function. However, they admitted that their findings were not statistically significant and suggested that further studies be undertaken. Pomegranate juice has no significant side effects. 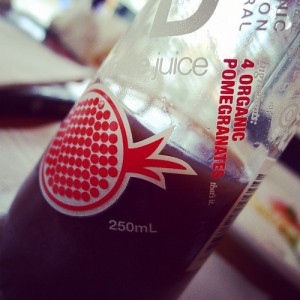 Rhodiola Rosea: Another herb widely used in traditional Chinese medicine, rhodiola rosea is an adaptogen, so-called because it helps those who take it to adapt to all forms of mental and physical stress. In an article for Fox News, ethnobotanist Kilham reported that in a study of 35 middle-aged men with erection dysfunction, 25 showed significant improvement after taking an extract of rhodiola. The herb, which is produced by grinding up the root of the rhodiola plant, has been proven safe for short-term use.

Tribulus Terrestris: Also known as the puncture vine, Tribulus terrestris is another herb widely used in traditional Chinese and Indian medicine to treat ED. Results from animal studies show that tribulus heightened sexual behavior and increased blood flow to the penis. However, no well-designed human studies have yet been conducted. Although the herb’s side effects appear to be relatively limited, it should be avoided by those with prostate problems and by those who are about to undergo or have just undergone surgery.

Yohimbe: In the years before the advent of the PDE5 inhibitors, such as Viagra and Cialis, a pharmaceutical derivative of the yohimbe tree — yohimbine hydrochloride — was prescribed to patients suffering from impotence. Today, most medical professionals advise against its use because of its many side effects, including anxiety, headache, and high blood pressure. Even more importantly, “it’s not a great drug,” according to Andrew McCullough, M.D., associate professor of clinical urology at New York University’s Langone Medical Center. Moreover, McCullough told WebMD, “I suspect the herb is not as potent as the pharmaceutical version.”