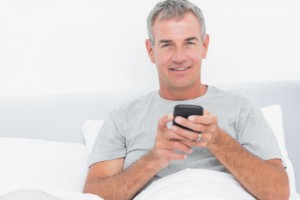 Men may find that too much cozying up with their cell phones could hinder their performance in the bedroom, according to a recent study.

Hey, guys, spending a little too much time with your cell phone could result in significant damage to your love life, according to a recent study conducted by a team of urology researchers.

The study, published in a 2013 issue of “Central European Journal of Urology,” found “a potential correlation” between cell phone use and erection dysfunction.

Making matters worse, this most recent research comes close on the heels of earlier studies that found a link between male infertility and cell phone exposure.

No Need to Toss the Phone

Before you do anything rash like toss out your cell phone, you should know that the researchers behind this study strongly recommend additional studies — preferably on a larger scale — to confirm their study’s initial data and to more closely study the mechanisms involved.

It should also be noted that this joint Austrian-Egyptian study was very limited in scale, comparing health data between a group of 20 men complaining of erection dysfunction and a group of 10 men with no complaints of impotence in the preceding six months.

Phone Calls Not a Problem

As for using your phone to make occasional calls, that sort of short-duration exposure doesn’t appear to be the major problem, according to Badereddin Mohamad Al-Ali, the lead author of the study.

“Our study showed the total time of exposure to the cell phone is much more important than the relatively short duration of intense exposure during phone calls,” Al-Ali said. He also noted that both groups of men spent similar amounts of time talking on their phones.

For the purposes of their study, researchers assembled a group of 20 men — Group A — who had experienced symptoms of impotence for at least six months prior to the beginning of the study. They also put together a second group — Group B — made up of 10 men with no current history of impotence.

Apart from their differing histories with respect to impotence, men in both groups were similar in terms of age, weight, height, and total testosterone levels, which were checked to determine if any of the subjects was suffering from underlying sexual health problems. Researchers also determined that there were no significant differences between the two groups in terms of exposure to non-cell phone radiation. 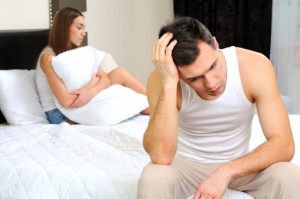 Limiting exposure to your cell phone’s radio waves could prevent frustrating moments like this.

Concern about the possibility of a link between cell phone use and male sexual health arose from earlier studies showing that the electromagnetic waves emitted by cell phones had potentially harmful health effects. Researchers cited in particular a 2011 decision by a World Health Organization committee to classify cell phone radiation as a Grade 2B carcinogenic, a sign that cell phone use might conceivably cause cancer in humans.

Data for the study included the results of clinical examinations and laboratory tests of all subjects in Groups A and B, as well as information supplied on questionnaires about cell phone use and habits. Study subjects also were required to complete the Sexual Health Inventory for Men (SHIM) questionnaire to determine their degree — or lack thereof — of impotence as measured by the International Index of Erectile Function, or IIEF.

The questionnaire on cell phone use posed the following four questions:

Comparing SHIM data collected from men in Groups A and B, researchers discovered that the most striking difference between the two groups were their average IIEF scores. The average score for men in Group A was 11.2, which indicates moderate erection dysfunction. The average IIEF score for Group B was 24.2, a sign that no symptoms of ED are present. In and of themselves, these findings came as no big surprise considering the makeup of the two groups.

As noted previously, men in both groups spent similar amounts of time talking on their cell phones. However, men in Group A carried their switched-on cell phones with them for an average of 4.4 hours per day, sharply higher than the 1.8-hour average for men in Group B. 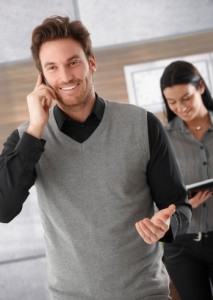 There’s no need to throw out your cell phone. Just power it off when not in use, and keep it out of your front pants pockets.

These findings led researchers to conclude that there may be a link between prolonged exposure to powered-on cell phones and symptoms of erection dysfunction.

Unsettled by the study’s findings, AskMen columnist Peter Hoare shared his thoughts with readers. While he said he was too closely tied to his iPhone to give it up altogether, he said he planned to keep the phone out of his pocket at all times. “Having a phone around to readily check Facebook is great. However, call me crazy, but I’d say the ability to maintain an erection and possibly impregnate a woman is even better.”

Hoare’s concern about a possible link between cell phone use and male fertility stems from the results of earlier studies that showed a decline in the quality of sperm from men who used their cell phones for more than four hours a day.

And one of those studies came from members of the same team that brought you the unhappy news linking cell phone exposure to impotence. In an article published in the January 2011 issue of “Andrologia,” these researchers reported on a study of semen parameters among 2,010 men who attended infertility clinics held by Austria’s University of Graz between 1993 and October 2007.

The Austrian study’s findings provided further evidence of a link between cell phone use and reduced sperm quality in men. An earlier study, published in the January 2008 issue of “Fertility and Sterility,” assessed sperm quality from 361 men who had been divided into four groups based on cell phone use. The study was conducted by the Reproductive Research Center at Cleveland Clinic’s Glickman Urological Institute and Department of Obstetrics-Gynecology. 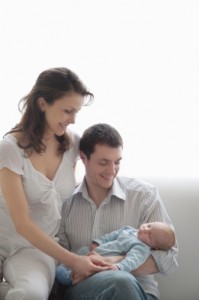 Limit cell phone use to help ensure your dreams of being a father come true.

Sperm from men in each of the groups was analyzed against a wide array of qualitative criteria, including mean sperm count, motility, viability, and normal morphology. Significant differences were observed in the quality of sperm from men in all four groups. Researchers concluded that sperm quality took a significant hit as the duration of daily cell phone exposure increased.

If, like Peter Hoare, you’re addicted to your cell phone but value it less than your sexual health, you can reduce your exposure significantly by taking a few simple steps.

In an early preview of their cell phones-impotence study, Al-Ali and Rany Shamloul, another researcher on the project, told the 2012 World Meeting on Sexual Medicine that men with ED are 2.6 times more likely to carry their cell phones in their front pants pockets. In light of that, it would clearly be prudent to keep that cell phone as far away as possible from your crotch area.

It would also make sense to power off your cell phone when it’s not in use. You can always check for missed calls periodically without keeping the phone switched on at all times. Better to miss an occasional phone call than to allow that cell phone to compromise your sexual health.