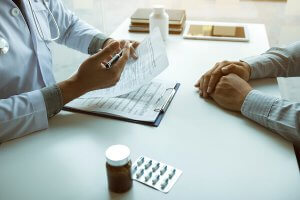 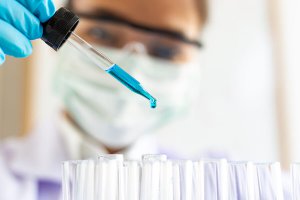 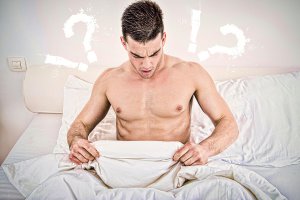 Hint: It’s probably not because of his Levitra. Despite warnings that all men are familiar with, four-hour erections from erectile dysfunction medications, while serious, are very rare. Like Viagra (sildenafil) and Cialis (tadalafil), Levitra (vardenafil) is a PDE5 inhibitor with side effects that are usually mild and well-tolerated. This article will touch on the most common side effects associated with Levitra — and rare but potentially severe effects — and how long those adverse events might last.

Most Common Side Effects of Vardenafil

Most common side effects of Levitra and percentage of men reporting them when taken as recommended, according to the FDA.

Headache is the most common side effect of Levitra. About 15% of users experience them, according to FDA prescribing information. The same mechanism that enables an erection is responsible for the headaches — enhancing the body’s natural nitric oxide. The nitric oxide dilates blood vessels (called vasodilation) so blood can flow more freely. The increased blood flow can create pressure in the head and cause a headache.

Headaches generally last until most of the vardenafil has cleared from the body — four to five hours. They may gradually become less intense, but lowering the dose could make them more tolerable.

Flushing is redness of the face that can spread to the chest. This is another adverse reaction that’s common to PDE5 inhibitors. Flushing is nothing to be concerned about. Again, it’s the vasodilator effect that’s behind it. The flushing usually goes away within a few hours.

Nasal congestion and sometimes runny nose are also common side effects of PDE5 inhibitors, but they may be more prevalent with vardenafil. The nitric oxide works precisely the same way in the nose’s soft tissues as in the penis — it widens blood vessels and causes congestion. It can last until the body has cleared the vardenafil. Switching to a different PDE5 inhibitor could reduce rhinitis.

Dyspepsia, or indigestion, is less common; 4% of men experience it. This percentage is lower than Viagra (7%) and Cialis (11% to 15%, depending on dosage). It’s caused by the relaxation of the esophageal stricture brought on by the vasodilation effect. It generally lasts only a few hours, or until the drug clears the system.

Levitra can cause vasodilation in the sinus cavities as well, leading to sinus pain. Like headaches, it should be temporary and fade over a few hours.

Symptoms like headache, runny nose, and body aches are common, usually mild, and resolve as the vardenafil wears off.

Dizziness (syncope) is a rare side effect of all PDE5 inhibitors. It can last for several hours after taking Levitra. A lower dose may solve the problem.

CK is an enzyme that leaks from damaged heart or skeletal muscle. It can also point to a brain injury. CK levels may increase with the use of PDE5 inhibitors, but like most side effects of these medications, the effect is temporary.

Nausea is a common side effect of all PDE5 inhibitors. It’s usually mild but may last a few hours. A man who has severe or prolonged nausea should seek medication attention.

Several types of visual disturbances are linked to vardenafil. The most common effect is difficulty telling the colors blue and green apart.

PDE5 inhibitors inhibit not only PDE5 but also another enzyme, PDE6, found in the rods and cones of the retina. It’s the PDE6 inhibition that is thought to cause color changes.

A 2019 study found that the changes in retinal function are mild and well-tolerated. They only last until the body clears the vardenafil.

Less Common But Serious Side Effects 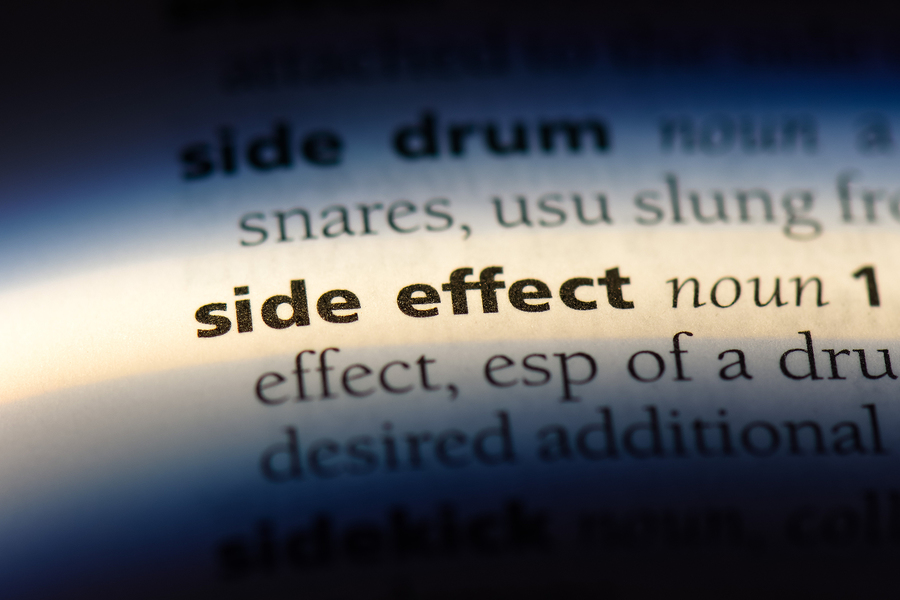 All PDE5 inhibitors can cause a prolonged erection (up to four hours) or priapism (up to six hours). Priapism is very rare, but both conditions warrant immediate medical attention to prevent permanent damage to the penile tissue.

Non-arteritic anterior ischemic optic neuropathy (NAION) is a condition that affects the retina of the eye and causes decreased vision or permanent blindness. According to FDA prescribing information, Viagra, Cialis, and Levitra have been reported “in temporal association with” NAION. Still, there is no conclusive evidence that the PDE5 inhibitor was the cause. Most patients had medical or lifestyle issues that could have contributed, although some did not.

This effect is very rare, but PDE5 inhibitor use is considered a risk factor for sensorineural hearing loss, according to a 2011 case study. The study presented two patients. One had catastrophic loss that improved to the moderate category after treatment. The other’s improved from severe to mild with treatment. Neither had fully regained their hearing at the time the study was published.

Levitra, like Viagra and Cialis, can cause a temporary drop in blood pressure. The reduction is usually mild and has no adverse effect on general health in a person without heart disease. Blood pressure should return to normal as the vardenafil fades.

In patients who have cardiac histories, however, blood pressure changes could have more serious consequences. Men should seek medical help immediately for severe or prolonged blood pressure drops. 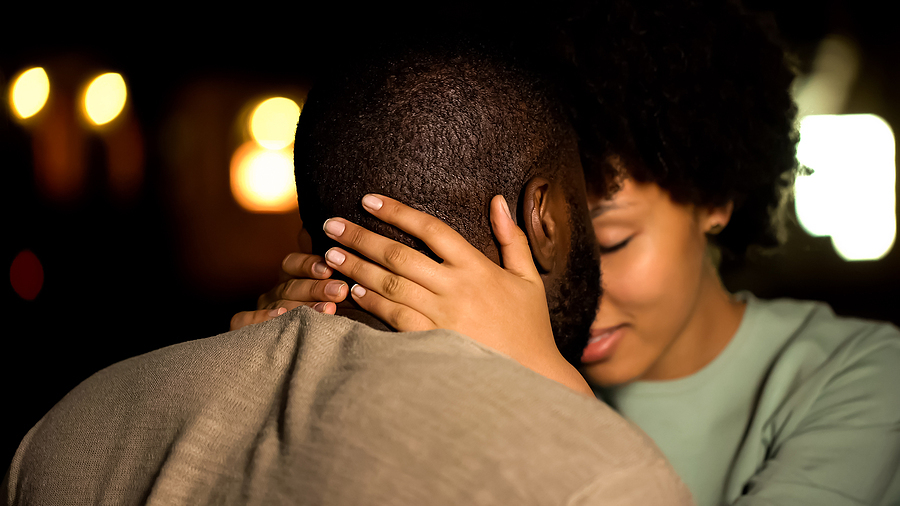 Vardenafil is a safe and effective medication with good tolerability. Most men have only mild side effects. In an FDA study of more than 4,400 men, only 3.4 percent stopped taking Levitra because of adverse events.

Many times, taking the lowest effective dose can control side effects. Vardenafil comes in 2.5, 5, 10, and 20 milligram tablets, so most men find their sweet spot with a little trial and error.

This article covers only the most common and most severe side effects of Levitra. For a complete list of adverse effects of this medication, please visit Drugs.com or the FDA for full prescribing information.

If you are dealing with side effects and your doctor has recommended changing or reducing your current PDE5 inhibitor, we can help. We ship quickly and even include a medical evaluation. Click to learn more about your options.