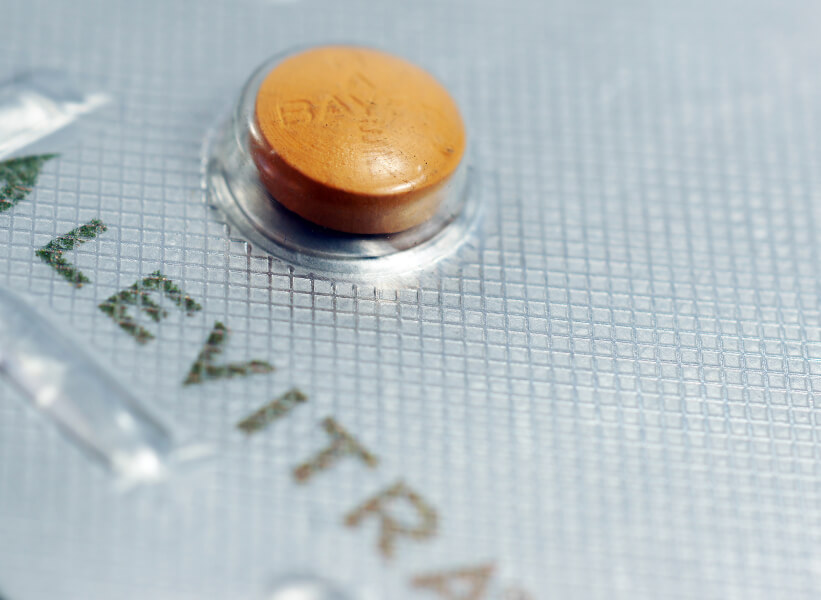 If you have been experiencing symptoms of impotence, there’s help available. Unlike men with erection problems before the late 1990s, you now have ready access to a handful of oral medications that have been proven both safe and effective in treating erectile dysfunction caused by insufficient blood flow to the penis.

Among the impotence medications now on the market, Levitra is a popular choice with many men. Approved by the U.S. Food and Drug Administration in August 2003, it was second only to Viagra among the new wave of ED drugs to be marketed in the United States in the closing years of the 20th century.

The More You Buy, The Less It Costs

The price you’ll pay for Levitra depends on the number of pills you buy at any given time. The more pills you purchase, the lower your cost per dose. Should you decide to purchase Levitra from eDrugstore.md, a reliable, U.S.-based online vendor of ED and other medications, you’ll pay an average of $30.00 per 10-milligram dose, which is the recommended starting dose for this drug.

Best to Start with Small Order

If you have not already tried Levitra, it would probably be best to start with a smaller order so that you can see how well the medication works for you. The smallest order available from eDrugstore is two 20-milligram tablets for $140. Split in two, those two tablets will yield four 10-milligram doses, or $35 per dose. If you like the way Levitra works for you, you can then increase the size of subsequent orders to save more.

Levitra, Viagra, and the other drugs that followed — Cialis, Staxyn, and Stendra — all belong to a family of medications known as PDE5 inhibitors. Although all work in much the same way, each has its own unique chemical structure, so you may find that one drug works better for you than the others.

Despite their minor differences in chemical makeup, these drugs help to facilitate erection by temporarily inhibiting an enzyme known as phosphodiesterase-5, or PDE5 for short. To better understand how they work, it’s useful to know a little about the mechanisms involved in the erection process.

Erection Begins in the Brain

While many seem to think that the penis has a mind of its own, it’s really the brain that sets in motion the chemical and physical reactions that culminate in erection. When the brain detects feelings of sexual desire or physical stimuli to the genitals, it sends a flood of nitric oxide coursing toward the pelvic region.

The nitric oxide in turn sets off secondary chemical reactions, one of which produces a compound known as cyclic guanosine monophosphate, or cGMP. This compound relaxes the smooth muscles lining the blood vessels that supply the penis, thus optimizing blood flow and making it easier for erection to be achieved.

However, in men whose overall blood flow has been diminished by underlying medical conditions or unhealthy behaviors, such as smoking, cGMP may be unable to do its job because the PDE5 enzyme begins breaking it down before it has completed its task. One of the enzyme’s primary responsibilities is the breakdown of cGMP, but in men whose vascular systems are already challenged the PDE5 enzyme can sabotage the erection process prematurely.

Levitra and the other so-called PDE5 inhibitors can hold the PDE5 enzyme at bay for anywhere from four to 36 hours, thus making it easier for impotent men to get and keep an erection strong enough for sexual intercourse. Neither Levitra nor any of the other PDE5 inhibitors is a cure for erectile dysfunction, but it does allow men with ED to temporarily regain near-normal erectile function.

Before the 1998 introduction of Viagra, the first in this relatively new family of drugs, men’s options for treating impotence were much more limited and far less appealing. In the days before Viagra, the options included vacuum pumps, penile injections, penile implant surgery, and psychotherapy.

Vacuum Pumps Still in Use

Vacuum pumps, which are still in use today, consist of an acrylic cylinder that is placed over the penis and an external hand-operated pump that is used to pump all the air out of the cylinder. This negative pressure draws blood into the penis, which is then kept there by a constriction band that is placed at the base of the penis until sexual activity has been completed.

Alternatively, men could inject a medication called alprostadil directly into the shaft of their penises to temporarily increase blood flow and thus facilitate the erection process. Alprostadil in suppository form can also be introduced into the penis via the urethra, though this method is less successful than injection.

Surgical implants consist of either malleable rods or inflatable cylinders that are placed within the penis to allow some semblance of erection to occur on demand. In the case of the malleable rods, they are physically manipulated into place to simulate erection, while the inflatable cylinders can be filled with a saline solution that comes from a reservoir surgically implanted beneath the skin of the abdomen. When sexually activity has been completed, the saline solution drains back into its reservoir where it stays until it is needed once again.

Some Impotence Psychological in Origin

The PDE5 inhibitors and most of the other modes of treatment discussed here are designed primarily to treat erectile dysfunction that stems from an inadequate supply of blood to the penis, which is the largest single cause of impotence. However, medical professionals estimate that 10 to 20 percent of all erectile dysfunction is psychological in origin. It’s unlikely that taking a PDE5 inhibitor will be of much help to a man whose impotence is psychologically rooted.

Ordering Levitra or other impotence medications from eDrugstore.md is convenient and worry-free. If you already have a prescription for Levitra, you can fax or scan and email it along with your order. If you don’t have a prescription and would prefer to deal with one of eDrugstore’s team of licensed U.S. physicians, an online consultation can be set up free of charge. You will fill out a questionnaire that covers your medical history, current medications you’re taking, and the symptoms that have prompted you to seek treatment. After a thorough review of the information you supply, an eDrugstore physician will prescribe the medication if he or she deems it appropriate.