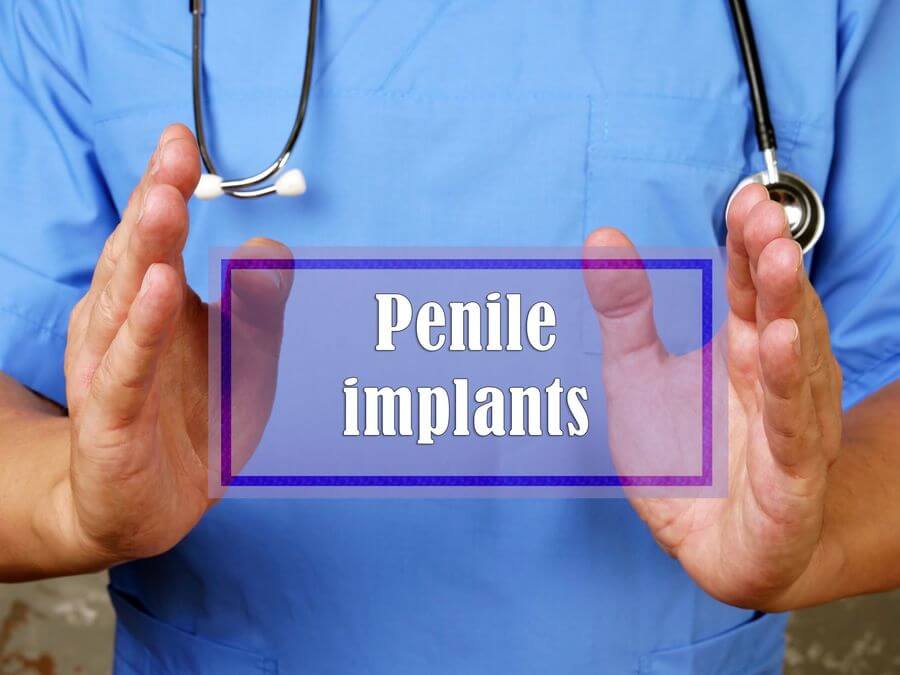 Considering penile implants for erectile dysfunction (ED)? The results of a new study find that a high percentage of men and their partners are satisfied with the results of the surgery. The researchers concluded that more study is needed, but you may find the study results encouraging.

In a 2021 review study published by the Journal of Sexual Medicine, researchers reviewed six studies to assess satisfaction rates of men and their partners with penile implant (prosthesis) surgery. The results varied across studies but typically ranged from 70% to 98% satisfied.

Men who were not satisfied complained about how their penis looked after the implant, saying it was shorter than before. This is not uncommon for men who have surgery to address prostate disease.

If this is something that concerns you, talk to your doctor so they can prepare you for what to expect after surgery.

Other reasons men were not satisfied with their penile implant surgery included:

Some research suggests that men were most likely to be dissatisfied if they experienced major complications after surgery. Complications can include pain or discomfort, hematomas, and infection. Doctors may coat the rods with anti-bacterial material to reduce the likelihood of infection, but infection is still possible.

Although studies like the ones mentioned above show that men and their partners are satisfied with the results of their penile implant surgery, it’s important to look at the studies’ limitations.

One analysis of studies looking at patient satisfaction after implant surgery found that more than half of the studies (66.2%) did not use validated measures when asking questions about patient satisfaction. A valid measure would be one that has been tested to show it is, in fact, measuring what the researchers want it to measure. Since the satisfaction measures were not valid, the results are not considered to be precise.

Researchers are recommending that a valid, comprehensive, and easy-to-use survey to measure satisfaction after penile implant surgery is needed to address this limitation.

Still, the new study’s preliminary findings are encouraging and may be worthy of a conversation with your doctor. In the meantime, read on to learn more about penile implant surgery for erectile dysfunction.

What Is Penile Implant Surgery?

Sometimes, medication, therapy, and lifestyle changes alone are not enough to help with ED. For men who have tried other ED treatments unsuccessfully, doctors may recommend a surgical procedure where a prosthetic device is implanted in the penis. This is referred to as penile implant surgery.

During the procedure, a doctor will implant a rod or rods in the penis, depending on the type of device chosen. One of the main differences between these devices is if the implant (rod) is inflatable or not.

The way the implant works is impressive. For the three-piece device, a reservoir of fluid is placed under the abdominal wall and connected to a pump-and-release valve. Inflatable cylinders are placed in the penis. When you want to get an erection, you squeeze the pump. This will move the fluid from the reservoir into the cylinders. This causes the cylinders to inflate, leading the penis to become erect.

When you are finished, you can operate the release valve to send the fluid out of the cylinders, deflating the penis. The fluid is returned to the reservoir, where it is stored until the next time you want to get an erection.

The two-piece device works in a similar manner, with a reservoir, pump, and cylinders. Instead of the reservoir being located behind the abdominal wall, however, it is combined with the pump and located in the scrotum.

The semirigid implant does not have a pump, reservoir, or inflatable cylinders. Instead, rods are implanted in the penis that keep it firm at all times. The rod can be bent manually, upward when an erection is wanted and downward when it is not.

Pros and Cons of Penile Implants

There are pros and cons to the three penile implants. The three-piece device gives you the firmest erection but at a cost. With three pieces, there are three opportunities for the device to fail (referred to as mechanical survival).

On the other hand, the two-piece device does not give you as firm an erection as the three-piece device, but the surgery is not as complicated.

Surgery for the semirigid implant is not as complicated as it is for the multi-piece, inflatable devices. These devices have fewer pieces, so they have a smaller chance of failing. The downside is there is constant pressure on the penis. Also, because the penis is always in a semi-rigid state, it may be more difficult to conceal compared to the other two devices, where the penis can be inflated and deflated.

Penile implant surgery may be a good choice for your situation, but that decision should be made in collaboration with your medical professional.

In the meantime, eDrugstore can help. Check out of blog to learn more about erectile dysfunction. Or check out our medication guide.  We make it easy for men to get medications like Viagra, Cialis, Levitra, and more for ED. Take advantage of our free online consultation to order medications at the click of a button or by calling 1-800-467-5146. Virtual health visits and shipping are always free.