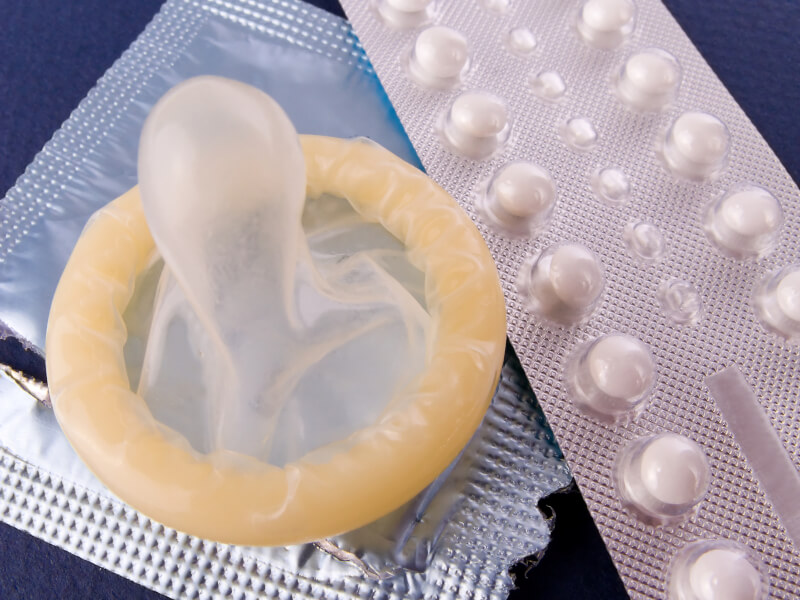 How Does a Vasectomy Affect Erection Health?

No worries: vasectomy poses little to no threat to erectile function.

Every year, roughly half a million American men opt for vasectomy as a permanent form of birth control, according to the Urology Care Foundation, the official online patient information resource of the American Urological Association.

The procedure, if performed by a well-trained and experienced physician, provides the most reliable form of contraception available. However, it should never be undertaken without careful consideration of both its benefits and its risks.

No Real Threat to Potency

Among its risks, vasectomy poses little to no threat to erectile function, an obvious area of concern to most men. The Urology Care Foundation website assures visitors that “an uncomplicated vasectomy does not cause erection problems.” Concurring with the UCF are both the Cleveland Clinic and the University of Iowa Hospitals and Clinics. The latter states unequivocally that a vasectomy procedure “should not have any effect upon potency.”

While the procedure should have no effect on erectile function, it can have some other adverse side effects, although they are generally mild and short-lived. About 20 percent of the men undergoing vasectomy experience ongoing pain or discomfort after their procedures.

Among other things, post-vasectomy discomfort can stem from congested sperm. The purpose of the surgery is to prevent sperm from reaching the semen that is ejaculated from the penis upon orgasm. Your testicles will continue to produce sperm, but if the operation was a success, it will eventually be reabsorbed into body tissues. Pain caused by the congestion of sperm no longer able to exit the body usually resolves with time. In the meantime, the pain can be addressed with anti-inflammatory drugs such as aspirin, ibuprofen, or naproxen sodium.

If done properly, the surgical procedure itself is virtually painless. Local anesthetic is usually administered, and some patients may be mildly sedated to calm any anxiety over the procedure. However, after the local anesthesia has worn off, it is not uncommon for a man to feel soreness in the area for up to a week. Most doctors recommend that vasectomy patients abstain from sexual intercourse and most sports for at least a week after the procedure. 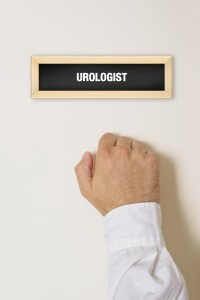 Perhaps the most critical decision a vasectomy patient must make is the selection of a qualified physician to perform the procedure.

Some men claim that they experience testicular pain for an extended period after the procedure. However, for most vasectomy patients, the pain is relatively short-lived.

Meanwhile, anecdotal evidence of a link between vasectomy and prostate cancer appears to have been conclusively refuted by a New Zealand study. There have also been some reports linking vasectomy to dementia, specifically problems with speech known as aphasia. A small-scale 2006 study at Northwestern University purported to have found such an association. According to WebMD.com, however, “the study was small and hasn’t been replicated, so it’s too early to make much of it.”

Among the risks and concerns to be considered before going ahead with vasectomy are the chances that the procedure will fail to prevent sperm from mixing with semen upon ejaculation. Fortunately, the failure rate is extremely low. An article at MaleHealthCenter.com puts the vasectomy failure rate at 0.15 percent but suggests that even that figure overstates the failure rate of vasectomy in that it usually can be traced to men discarding all other means of contraception prematurely.

Because some sperm may remain in the semen for up to six months after vasectomy, patients are instructed to use alternative means of birth control until the patient has ejaculated at least 20 times, thus clearing residual sperm from the semen. If such precautions are taken, the vasectomy failure rate drops to 0.025 percent, meaning that only about 1 in every 4,000 vasectomies fails.

While the permanent nature of the procedure is for most men its biggest selling point, anyone considering the procedure should take time to fully consider all the implications of permanence. Should unforeseen circumstances dramatically alter their lives and family situations, some men may wish to have their ability to father children restored. Vasectomy reversal is not successful for all men, particularly those whose original procedures were done 10 or more years ago.

Two criteria are considered when evaluating the success of vasectomy reversal, a surgical procedure known as a vasovasostomy: patency rate and pregnancy rate. The former is a measure of the percentage of patients who experience a return of sperm to their ejaculate following reversal surgery, while the latter is the percentage of reversal patients able to father a child.

Paul Turek, M.D., a highly regarded urologist and reproductive microsurgeon, operates the Turek Clinic, with offices in both Los Angeles and San Francisco. Turek Clinic boasts a patency rate of 95 percent for its vasovasostomy patients, along with a pregnancy rate of 56 percent at 12 months after the vasovasostomy.

While vasectomy is a fairly simple and straightforward surgical procedure, if you’re like most men, you’d probably like to know exactly what is going to happen to you during vasectomy. Here’s a quick overview. 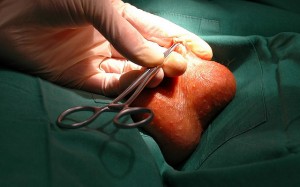 Vasectomy involves isolating and snipping the tube that carries sperm from the testicles to the prostate gland and the seminal vesicles of the bladder.

The object of vasectomy is to block the sperm produced in your testes and stored in a nearby sac called the epididymis from combining with semen that is then ejaculated upon orgasm. Normally, the sperm travels via a 15-inch, shoestring-like tube known as the vas deferens from the epididymis to the prostate gland and seminal vesicles of the bladder. To keep the sperm from making this trip, the surgeon must locate the vas deferens, which he does by palpating the scrotum until he feels the tube. At this point, according to WebMD.com, he pokes a tiny hole in the scrotum and pulls out a portion of the vas deferens by using tiny clamps. WebMD suggests that the best surgeons use a needle rather than a scalpel to create a hole in the scrotum.

Over the years, surgeons have used a variety of techniques to sever the vas deferens and then deactivate and close up the two cut ends of the tube. According to WebMD, one of the most widely used and preferred methods is known as “intraluminal cauterization with fascial interposition.” To perform this technique, says WebMD, “the surgeon slices the vas in two, scars the inside — or lumina — of one tube with a heated needle. Then the surgeon pulls up the fascia — tissue surrounding the tube — and clamps or sutures it over the tube end.”

The cost of vasectomy ranges from zero to roughly $1,000, including the follow-up sperm count, according to PlannedParenthood.org. Interestingly, female sterilization — usually in the form of tubal ligation — can cost up to six times more, yet it is more widely peformed than vasectomy in this country.

If you are interested in ordering prescription ED medications online, with outstanding customer service, we invite you to visit eDrugstore.com.