How Do You Know When It’s Really Erectile Dysfunction? 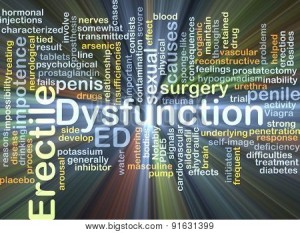 Erectile dysfunction can be caused by a multitude of underlying health conditions, and the earlier they’re treated the better are your chances of regaining normal erectile function.

You’ve had a few bad nights in the bedroom lately, and you’re beginning to worry that your problem might be something more than just a run of bad luck. You either were unable to get an erection at all or got one of dubious quality, only to see it disappear before your work was done.

How can you tell whether you’re experiencing the initial symptoms of erectile dysfunction or just a case of bad timing, exacerbated by stress and fatigue?

No Time to Panic

While you don’t want to panic, which will only make it even more difficult to get and keep an erection, you should take action if the problem persists and isn’t just an intermittent occurrence. And the best course of action would be a visit to your doctor to discuss what, if anything, is causing your erection problems.

A host of factors can cause ED, and the sooner you and your doctor determine what is at the root of your problem, the better your chances of remedying the problem will be. And, because ED can be a sign that even more serious health problems are present, getting a checkup allows you to do something about it before a medical disaster strikes.

If your erection problems are intermittent, interspersed with periods when you have no difficulty rising to the occasion, you probably will do better if you try to get more rest and minimize the stress in your life. Or at least recognize that if you are overstressed, your likelihood of having a satisfactory erection and sexual experience are significantly reduced.

If, however, you are finding consistent difficulty in getting an erection or the erections you do get are less than satisfactory, it’s probably time to talk to your doctor about what can be done.

Meanwhile, to help you assess the quality of your erections, you might want to use the Erection Hardness Scale, which was developed by researchers who served as consultants to Pfizer during clinical testing of sildenafil citrate’s efficacy in treating ED. Sildenafil citrate is the active ingredient in Viagra, the little blue pill that revolutionized the treatment of erectile dysfunction. 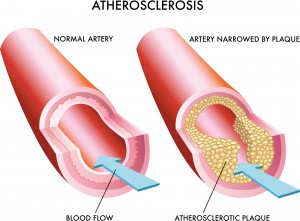 One of the most common causes of ED is atherosclerosis, the buildup of artery-clogging plaque that can compromise blood flow to your penis, heart, and brain.

According to an article posted at MedicalNewsToday.com, EHS is an “easy-to-use, four-point scale for erectile dysfunction” that in 2008 was judged to be a reliable measure of erection hardness. The European Association of Urology says that EHS also serves as a valuable indicator of other health and well-being outcomes.

The EHS scale was intentionally designed to make it easy for men to assess the hardness of their erections. For those who find that they have recurrent erection problems, EHS also helps to judge how well impotence drugs are working in restoring erectile function, albeit temporarily. To use EHS, you should rate the hardness of each of your erections on a scale of 1 to 4, in which 4 is the top score. A penis that has enlarged somewhat but is not hard gets a score of 1, while a penis that is hard but not hard enough for penetration gets a 2. If the penis is hard enough for penetration but not completely hard, it gets a 3, and a penis that is completely hard and totally rigid gets the maximum score of 4.

In a study published in 2008, researchers led by Hermann van Ahlen, M.D., compared EHS ratings with other scoring systems routinely used in clinical trials involving erectile dysfunction. One such scoring systems is the International Index of Erectile Function. Participating in the study were 209 men with a mean age of 52, all of whom had been diagnosed with ED. Men were randomly selected to receive either sildenafil or a placebo, after which all were given either 50-milligram or 100-milligram doses of sildenafil. At each step of the study, participants were asked to rate the hardness of their erections.

According to the article at MedicalNewsToday.com, study results showed “a nearly linear relationship between EHS ratings and results from other scoring systems. The relationship between the discrete points of the EHS and scores on components of other rating scales, including the IIEF, showed the close correspondence between erection hardness and erectile function, satisfaction with the quality of an erection, the overall sexual experience, and emotional well-being in men with ED.”

Dr. van Ahlen, professor of urology at the University of Muenster’s Klinikum Osnabruck in Germany, said the study proved that EHS is a simple, effective tool for evaluating patients with symptoms of ED. It is also simple enough that men concerned about possible erection problems can monitor and rate their erections regularly to see if a consistent pattern of low scores confirms the existence of a problem.

Help Can Be Found

And if there is a problem, confirmed by EHS or experience in the bedroom, there’s no reason to lose heart, because many causes of ED are reversible. And even if the problem is too advanced to be reversed, the availability of effective impotence medications makes it easier than ever to treat ED.

No matter how you arrive at a determination that you’re having erection problems that can no longer be explained away as a couple of off-nights, the important next step is to consult your doctor. Together, the two of you can decide on the best way to treat the problem.

The vast majority of erection problems are caused by insufficient blood flow to the penis. Although hardly a welcome development, erection difficulty can be an early warning sign of cardiovascular disease that can have far greater consequences than just being unable to get it up. Caught in time, you may be able to make lifestyle changes, including eating a healthy diet, exercising regularly, and/or quitting smoking, that will not only help you regain healthy erectile function but avoid a future heart attack or stroke.

Some erection problems can be traced to psychological causes, which can be addressed through psychotherapy or with medication, although it should be noted that some antidepressants can exacerbate erection difficulties. Your doctor should be able to help you select the course of treatment that’s best for you.

Men with diabetes have a much higher incidence of ED than the general population, because the disease over time inflicts serious damage on both the vascular and nervous systems, both of which play key roles in the erectile process. But even here, if the damage is not yet too great, you can avoid or at the very least postpone the effects of the disease by carefully monitoring your glucose levels and adopting a healthy lifestyle.

If you’ve put off getting medical attention for erection problems to the point that permanent damage has been done, you probably can still enjoy a relatively fulfilling love life by using impotence medications, such as Viagra or Cialis. But the sooner you seek medical attention, the better your chances of treating the problem successfully.