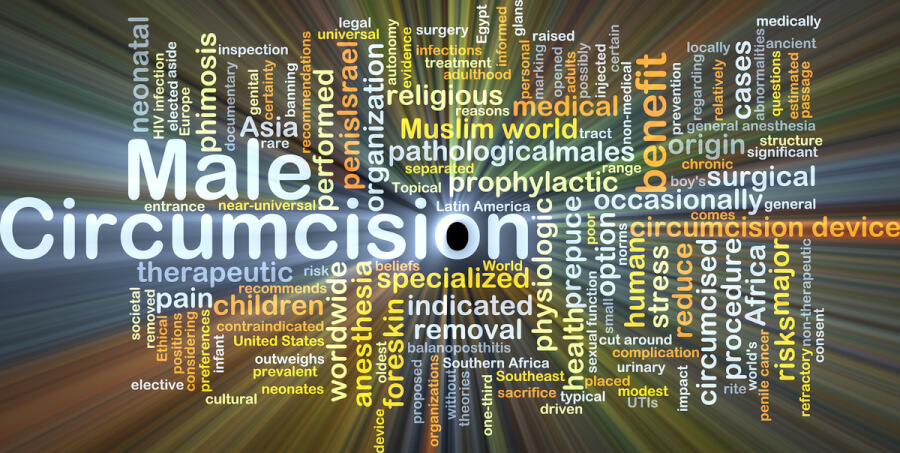 Reviews of the scientific literature conclude that male circumcision has no adverse effects on sexual function. This should be welcome news to the overwhelming majority of U.S. adult males who are circumcised.

In a country where slightly more than three-quarters of all adult men are circumcised, it’s hardly surprising that questions might arise about the effects of circumcision on sexual function and satisfaction.

If you are in the majority of American men, you can heave a sigh of relief. The past decade has produced two exhaustive reviews of the scientific literature about this very subject. One was conducted by a couple of researchers based in Australia, while the other was the work of a team of Chinese scholars at that country’s Sichuan University in Chengdu.

Both reach essentially the same conclusion: Male circumcision has no adverse effect on sexual function or sensitivity.

And on the plus side, consider that there is a growing argument for male circumcision as a way to reduce the threat of contracting and/or spreading sexually transmitted diseases, including the human immunodeficiency virus, or HIV.

The Chinese review was conducted by researchers associated with the urology and cardiology departments at Sichuan University’s West China Hospital. Its findings were published in the September 2013 issue of the Asian Journal of Andrology.

The Chinese research team identified 10 relevant studies that between them compared the sexual function and satisfaction of 9,317 circumcised men with those of 9,423 uncircumcised men. These men were compared in terms of sexual desire, premature ejaculation, ejaculation latency time, erectile dysfunction, and orgasm difficulties.

The Chinese team’s evaluation of data from these studies led it to conclude that “circumcision is unlikely to adversely affect male sexual functions.” However, the Chinese researchers did call for further study to ensure that their findings hold up under closer scrutiny.

Published only a couple of months after the Chinese review was a somewhat broader and perhaps more conclusive study conducted by two researchers at Australia’s University of Sydney. Both were associated with the university’s School of Medical Sciences.

The duo analyzed data from 36 relevant studies that covered a total of 40,473 men — 20,931 of them circumcised and 19,542 uncircumcised. Like their Chinese counterparts, the Australian researchers compared all of these men in terms of various sexual criteria.

In the conclusion to their study, published in the November 2013 issue of The Journal of Sexual Medicine, the researchers said, “The highest-quality studies suggest that medical male circumcision has no adverse effect on sexual function, sensitivity, sexual sensation, or satisfaction.”

If you are having some difficulty in getting and keeping an erection, Viagra or one of the other oral ED drugs may be able to help. If the convenience of ordering these drugs online appeals to you, check out all the services available from eDrugstore.com, a longtime online facilitator. Based in Tempe, Arizona, eDrugstore offers a free online consulation with a doctor and supplies a full range of ED medications — both brand-name and generic. To learn more, visit its Erectile Dysfunction page.