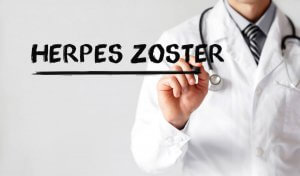 Diabetics May Have a Tougher Time with Erectile Dysfunction

Even men who are fit can experience erectile dysfunction.

Erectile dysfunction (ED) can affect men of all ages, and in all stages of health.

However, men with diabetes mellitus are more likely to suffer from ED, and a new study has shown that diabetics with ED often require more aggressive treatment for ED for a satisfactory outcome. There are multiple reasons why men with diabetes are more likely to experience ED. For one thing, the incidence of diabetes increases with age, as does the incidence of ED. Additionally, deterioration of the vessels that supply blood to the penis occurs more rapidly in men who have diabetes as they age. Some experts believe that neuropathy, or damage to the nerves supplying the genitals, aggravates ED in diabetics. Poor circulation and high levels of blood glucose over time can cause nerve damage throughout the body.

A recent study published in the International Journal of Impotence Research and led by Thomas J. Walsh, MD, of the University of Washington in Seattle examined insurance claim data to identify men with erectile dysfunction and follow them for 48 months. The insurance claim data allowed researchers to identify men with severe ED by assessing their use of increasingly more invasive ED therapies. The study results suggest that ED in diabetics may be less responsive to first-line treatments, which include ED drugs like Viagra, Levitra, and Cialis, and that the condition may worsen more rapidly in diabetics.

The study looked at records of 136,306 men with erectile dysfunction, 14% of whom had diabetes prior to being diagnosed with ED. A reported 2.8% of diabetics were prescribed so-called second line ED therapies (such as penile suppositories or injectables), compared with 1.8% of non-diabetics. In other words, diabetic men were much more likely to be prescribed second-line ED treatments. They were also 2.1 times more likely to be prescribed third-line treatments (penile prostheses) than non-diabetics within five years of an ED diagnosis.

An estimated one-half of those who have type 2 diabetes don’t realize they have the disease, because the symptoms can be vague, or can come on slowly enough that they aren’t noticed. Incidence of type 2 diabetes increases with age, and is more common in overweight or obese people. A man with erectile dysfunction may not realize that his condition is caused by or worsened by diabetes, because he may have no idea he has diabetes.

If You Have Diabetes

If you have diabetes, the increased risk of erectile dysfunction is one more good reason to get your diabetes under control as directed by your physician or diabetes educator. The effects of diabetes on circulation and nerve function are cumulative, so the sooner you start controlling your blood glucose levels, the less your risk for complications from diabetes. If you are diabetic and are seeking help for ED, be sure your healthcare provider knows your history of diabetes so he or she can monitor your disease as well as your ED treatment.

Many diabetics don’t realize they have the disease.

If You Are a Man with Erectile Dysfunction

If you are a younger man (under 35) with erectile dysfunction, your physician may want to perform tests to determine if you also have other conditions like coronary disease or diabetes, because these conditions are more likely to be associated with ED in younger men. Heart disease and diabetes can be successfully treated more easily when they are discovered early. In many cases, treatment for early heart disease and diabetes can help with ED too, so you have every reason to find out as soon as possible if you have either of these conditions.

Sometimes erectile dysfunction is associated with diseases like type 2 diabetes, and diabetic men may require more intensive treatment for ED than men who are not diabetic. Getting treatment for ED early on benefits not only your sex life, but could help your overall health should your physician decide that screening for other diseases is necessary.