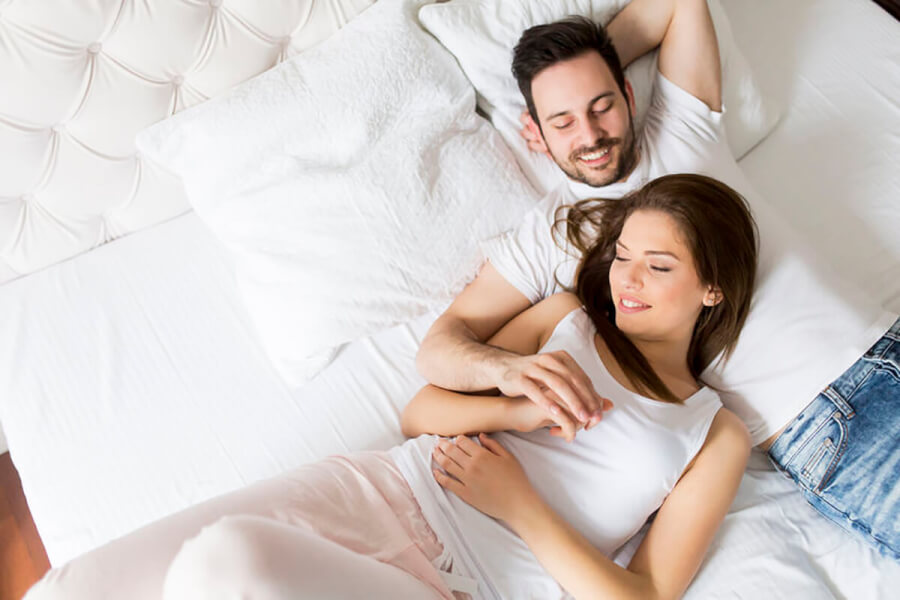 Cialis can remain effective for up to 36 hours, a fact that gave the drug its designation as “The Weekend Pill,” an ED medication that will last you the whole weekend. Individual physiology may cause the drug to remain in the system for shorter or longer periods of time, but overall, Cialis has a much longer half-life than erectile dysfunction like Viagra and Levitra. Read on to find out how Cialis produces hard, long-lasting erections.

Understanding the “Half-Life” of Medications

The “half-life” of a drug is how long it takes for half the drug to leave the body. In the case of Cialis, for most men, the medication starts affecting the body a half-hour to an hour after taking a dose, and the drug typically remains in the system for around 36 hours, on average.

This means that Cialis is a drug with a relatively long half-life, much longer than other drugs with a similar function.  Viagra, for example, has a half-life of four hours. This makes Cialis, and its generic counterpart tadalafil, a good choice for men who want longer effectiveness in their erectile dysfunction (ED) medication.

While the times listed above represent averages of how long Cialis lasts, there are several other factors that can affect how long Cialis and tadalafil remain your system and how long it remains effective. The Federal Drug Administration says that the average half-life for Cialis is seventeen and a half hours, indicating that it will last longer for some men, and not as long for others.

The following chart illustrates some key differences between Viagra and Cialis:

Factors Affecting the Half-Life of Cialis

There are several factors that can affect how long Cialis stays in the system for different men.

Most drugs are broken down in the kidneys and liver. If your kidney or liver function is impaired, or you take drugs that inhibit the function of these vital organs, Cialis will stay in your system longer as it is not being broken down.

Each person’s body and physiology are different, and each patient will have a different reaction to Cialis. Some users will see effects for a longer period of time, while others have bodies that break Cialis down faster and thus have less of an effect. Cialis’ nickname as “The Weekend Pill” resulted from users who found they could take the drug on a Friday night and still experience effects on Sunday morning. While the drug may be this long-lasting for some men, it’s not the case for everyone.

These different factors may affect the dosage of Cialis that you and your physician choose, whether opting for 10 or 20 milligrams of Cialis as needed or taking 2.5 milligrams daily without regard to any planned sexual activity.

Risks of Drug Interaction and the Half-Life of Cialis

Since Cialis works as a vasodilator to open up your blood vessels, it may combine with other drugs you are taking, such as blood pressure medication or heart medication. In this case, the effects of both medications may last longer. While this sounds good, it can actually be quite dangerous. Taking multiple vasodilators together can result in a dangerous drop in blood pressure and lead to fainting.

It may surprise many men to learn that some antacids (such as cimetindine) and foods like grapefruit juice can increase the amount of many drugs in patients’ blood. For the same reasons as doubling up on Cialis with other vasodilators can cause problems, taking Cialis or tadalafil with grapefruit juice or cimetindine can result in higher-than-expected blood levels of the active ingredients in these drugs. Therefore, it’s inadvisable to take drugs like Cialis with grapefruit juice, or while taking cimetidine.

Finally, Cialis should never be combined with other drugs in its class, such as Viagra (sildenafil) or Levitra (vardenafil).  Taken together, these drugs combine to cause low blood pressure and other side effects, like headaches, vision problems, and indigestion.

When Cialis Lasts Too Long

The extended effectiveness of Cialis and tadalafil make it a popular choice for some men. However, it’s important to note that one of the rare side effects of Cialis, as well as other ED drugs, is priapism, or an erection that lasts for more than four hours.

While this may sound appealing or even funny, it is actually a medical emergency that can require shunts or surgery, and it’s extremely painful. If this happens to you, you need to get to the nearest emergency department to avoid long-term or even permanent damage.

When blood stays in the spongy tissues of the penis for too long, the blood will begin to stagnate, causing serious problems in the penis itself.  In severe cases, priapism has forced doctors to perform surgery to save healthy tissue and prevent complications including gangrene.

Fortunately, this side effect and condition are rare. However, it is one of the elements that men must consider when considering their choices of ED medication.

Are You Ready to Try the “Weekend Pill”?

It is essential to speak with a reputable, licensed physician if you are considering taking Cialis, tadalafil or any other medication for erectile dysfunction. At eDrugstore, we offer free, discreet online consultations with licensed U.S. physicians who will talk with you about each of the medications you’re already on to ensure there are no negative combinations. Our doctors will help you find the safest and most effective medication to ensure a happy and healthy sex life.

At eDrugstore, we have been providing loyal customers with ED medications like Cialis, Levitra, and Viagra for over 20 years, and offer also offer more-cost effective options in generic alternatives for both these medications. If you are interested in trying Cialis, Viagra, or any of the other medications approved in the US for treating ED, it’s easy to get started with eDrugstore.com.