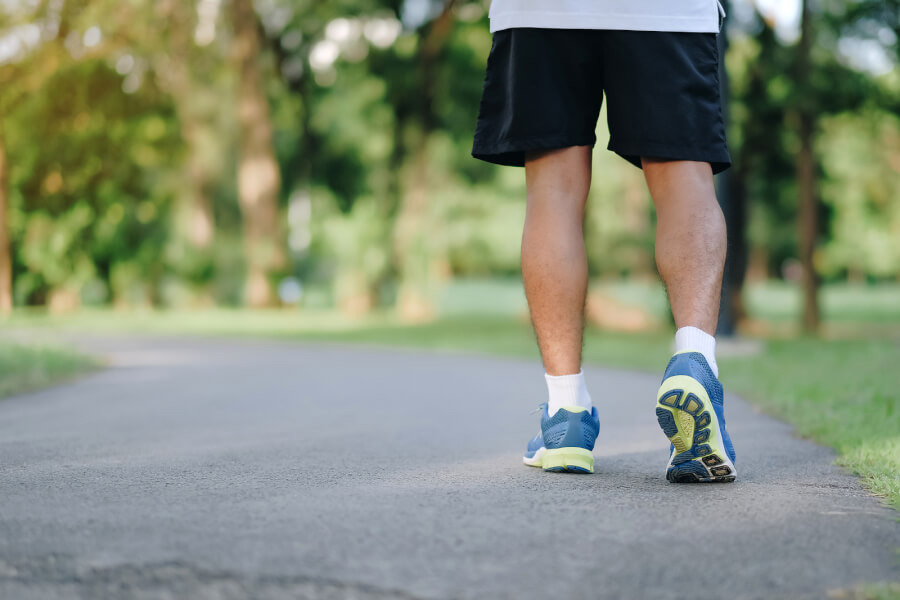 Walking an average of 30 minutes a day can help men stave off the symptoms of erectile dysfunction. And for those who already suffer from ED, walking can significantly improve their erectile function.

When men are confronted with illness, a breakup, or any other type of adversity, they tend to hearken back to the advice most were given as boys: ¨suck it up,¨ ¨tough it out,¨ ¨man up,¨ or ¨walk it off.¨

While this kind of mindset may account for the fact that men often tend to suffer in silence, resorting to a doctor’s visit only when they feel that they are at death’s door, it turns out that ¨walk it off¨ is pretty good advice when it comes to erection problems.

A study published in 2015 offers yet more evidence that walking, perhaps the most basic form of exercise, can help men to overcome or prevent the symptoms of impotence. The study, conducted by Brazilian researchers, explored the effects of walking on erection problems among a study group made up of men who had suffered recent heart attacks.

Researchers at Sao Paulo’s Paulista School of Medicine assembled a study group of 86 men, all of whom were tested for signs of erection problems at the outset of the study, which coincided with their discharge from the hospital. They were also subjected to a six-minute walk test to determine functional capacity and to ensure that none was in imminent danger of a second heart attack. At the time of hospital discharge, 84 percent of the test subjects reported previous episodes of impotence.

Study participants were then randomly divided into two groups. One group of 41 men was assigned to a home-based walking program, while the other group of 45 men received the usual care for post-heart attack patients and was designated the control group. 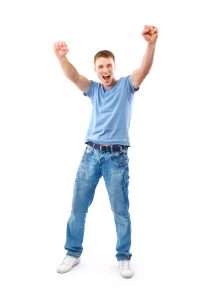 Walking on a regular basis delivers the desired results.

Thirty days after their discharge from the hospital, study participants were again assessed for functional capacity with a six-minute walk test and signs of erection problems, as measured by the International Index of Erectile Function. Members of the home-based walking group were able to walk greater distances during the six-minute walk test than members of the control group. Among members of the control group, researchers found a 9 percent increase in impotence symptoms, compared with a 71 percent decrease in such symptoms among members of the home-based walking group.

In the conclusion to their study, which was published in the March 1, 2015, issue of The American Journal of Cardiology, the researchers noted that ¨this intervention demonstrated a link between functional capacity and exercise training and erectile function improvement.¨

Results from the Brazilian study add to the growing body of evidence that a regular regimen of walking can significantly reduce erection problems. In a study published in the August 2000 issue of Urology, a team of researchers led by urologist Irwin Goldstein, M.D., of Boston University’s School of Medicine found that a brisk, two-mile walk daily can significantly reduce a man’s risk of developing erection problems. The research team looked at the effect of various lifestyle changes on study participants’ chances of developing impotence.

These findings came from a nine-year study of roughly 600 men between the ages of 40 and 70. At the outset of the study, none of the test subjects was experiencing symptoms of impotence. At the end of the nine years, study participants who either had a history of walking or took up walking at midlife sharply reduced their risk of impotence.

Wendy Bumgardner, VeryWellFit.com’s walking expert, says the activity level needed to maintain healthy blood flow ¨amounts to two miles of walking at a brisk pace per day — about a half-hour walk a day.¨ If walking doesn’t appeal to you, alternatives include jogging or other forms of cardiovascular exercise that increase the heart rate and burn at least 200 calories a day. She advises against biking, which can be counterproductive as some studies have found that the pressure of sitting on a bike seat for an extended period of time can cause — at least contribute to — impotence in and of itself.

In an Italian study, researchers looked at how healthy lifestyle changes affected symptoms of impotence among a study group of 110 obese men, all of whom suffered from erection problems. Researchers divided study participants into two groups of 55, one of which was designated the intervention group while the other was the control group. 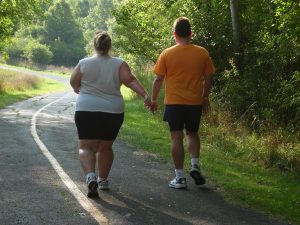 Overweight men found that walking on a regular basis improved their erectile function.

As to the amount of physical activity needed to reduce the risk of erection problems, the Italian researchers found that sedentary men could do so ¨by adopting regular physical activity at a level of at least 200 calories a day, which corresponds to walking briskly for two miles.”

The Italian study, published in the June 23, 2004, issue of The Journal of the American Medical Association, concluded that ¨interventions focused on modifiable health behaviors may represent a safe strategy to improve erectile function and reduce cardiovascular risk in obese patients.¨

In a Japanese study published in a 1999 issue of Circulation, a publication of the American Heart Association, researchers reported that 30 minutes of brisk walking five to seven times a week improved endothelial function in patients with both high blood pressure and normal blood pressure. Endothelial cells line the inside walls of blood vessels and when the brain releases nitric oxide, as it does in response to feelings of sexual desire, the nitric oxide triggers a reaction in these endothelial cells that relaxes the blood vessels, thus optimizing blood flow to the penis.

If you are already suffering from the symptoms of ED, one of the oral ED drugs such as Viagra or Cialis could help you get back in the game. If you have a prescription from your doctor, you can buy the drug at the local pharmacy or choose instead to order it from a trustworthy online facilitator such as eDrugstore.com. If you don’t yet have a prescription, eDrugstore can set up a complimentary online consultation with a licensed U.S. physician who will authorize a prescription if appropriate. To learn more, visit eDrugstore’s Erectile Dysfunction page.