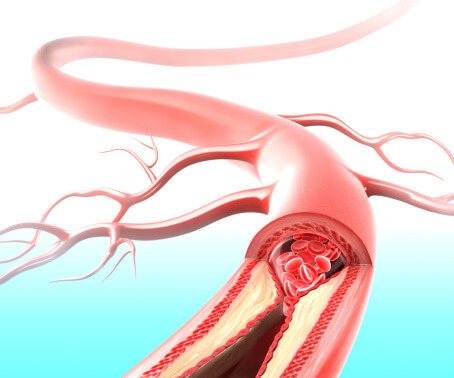 While symptoms of impotence are never particularly welcome, they may help warn you of far more serious health problems that lie ahead if you don’t change your ways.

Being unable to perform sexually when the time is right is embarrassing and frustrating, for sure. But it is also a signal — at least in the vast majority of cases — that blood flow to your pelvic region is not what it should be. And compromised blood flow to the penis is a fairly accurate indicator that your overall circulation is being impeded, which could be a sign of atherosclerosis, or hardening of the arteries.

Medical professionals seem to agree that 10 to 20 percent of impotence can be traced to psychological causes, which don’t in themselves foreshadow cardiovascular disease in your future. However, such erection problems may be a heads-up that you’ve got underlying emotional or mental issues that should be addressed.

In an eye-opening article posted at TheGlobeandMail.com, Canadian urologic surgeon Dean Elterman, M.D., says that, strange as it may sound, “the penis is the barometer of a man’s overall health.”

Dr. Elterman, medical director of the Prostate Cancer Rehabilitation Clinic at Toronto’s Princess Margaret Hospital Cancer Centre, goes on to explain the so-called Artery Size Hypothesis. “Our entire vascular system is connected, and the same things that harm our big blood vessels will affect our smallest ones as well.”

According to Dr. Elterman, the primary culprit in vascular problems — both large and small — is something called endothelial dysfunction, a condition in which the inner lining of our blood vessels, known as the endothelium, doesn’t function normally. This dysfunction can cause “changes to blood flow, clot and plaque formation, and atherosclerosis.”

In an overview of the relative sizes of blood vessels supplying the heart, brain, and penis, Dr. Elterman notes that the main coronary artery typically measures 3 to 4 millimeters in diameter. When that artery gets clogged, allowing little or no blood to flow, chest pain or a heart attack is imminent. The carotid arteries that supply the brain range from 5 to 7 millimeters in diameter. When they become clogged, the end result is usually a transient ischemic attack — a warning stroke — or a full-blown stroke.

In sharp contrast to the blood vessels that supply the heart and brain, the penile artery is only 1 to 2 millimeters in diameter. When it gets clogged, erection problems are the result.

Because the blood vessels supplying the penis are far smaller than those that carry life-giving oxygen and nutrients to the heart and brain, signs of this endothelial dysfunction are likely to show up first in the form of impotence. This is fortunate because it gives us an early warning of an increasing risk of heart attack or stroke.

How much of a warning are symptoms of impotence likely to give? In an interview with MedicalDaily.com, Michael Eisenberg, M.D., says that erection difficulties usually precede heart disease by three to four years. Men who react intelligently to such warnings may be able to head off heart problems and the threat of stroke by making changes in their lifestyle that reduce the threat of circulatory problems. In the process, they may well find that their symptoms of impotence disappear.

Ignoring the warning that symptoms of impotence represent can be a dangerous mistake, according to Dr. Elterman. He points out that the risk factors for erection problems and cardiovascular disease are virtually identical. These include diabetes, elevated cholesterol levels, excess weight, high blood pressure, and smoking.

Fortunately, most of these risk factors represent lifestyle choices that can be modified, thus lowering the risk of the consequences of continuing to live as you have been.

Of the close link between impotence and the risk of cardiovascular disease, Dr. Elterman points to the conclusion reached by the Second Princeton Consensus Conference on sexual dysfunction and cardiac risk. Conferees said that “the recognition of ED as a warning sign of silent vascular disease has led to the concept that a man with ED and no cardiac symptoms is a cardiac (or vascular) patient until proven otherwise.”

Concurring with the opinions voiced by Drs. Elterman and Eisenberg, San Francisco urologist Ira Sharlip, M.D., tells WebMD.com that “any form of cardiovascular disease is more likely to occur” in men who are experiencing the symptoms of impotence. Dr. Sharlip, past president of the Sexual Medicine Society of North America, recommends that medical professionals treating men with erection problems refer these patients to a primary care physician or internist for a cardiac evaluation.

While several studies have looked at the relationship between OSA and impotence, some of the most startling findings came from a study conducted by urologist John P. Mulhall, M.D., of the Weill Medical College of Cornell University in New York. The study was very small in scope, covering only 30 men diagnosed with OSA. However, Dr. Mulhall and his colleagues found that 24 of the 30 men with OSA, or 80 percent, also suffered from impotence.

In addition to the symptoms already listed, OSA patients are more likely to be involved in vehicular accidents because during their waking hours they are in an almost constant state of drowsiness because of poor sleep quality. They are also at greater risk of developing high blood pressure and cardiovascular complications, such as heart disease or stroke.

According to an article posted at SleepDisordersGuide.com, the elevated risk of cardiovascular disease in OSA patients is attributed to the lack of oxygen being taken into the body during the nighttime hours. This chronic oxygen starvation also gets the blame for causing erection problems in those with OSA.

Fortunately, OSA and erection problems in those who have OSA can be treated successfully with CPAP (continuous positive airway protection) therapy. For sleeping, patients wear a face mask that is connected to a machine that provides a moderate but constant flow of air pressure designed to keep the patient’s airway open throughout the night.