Are You Ready for Viagra Mouth Spray? 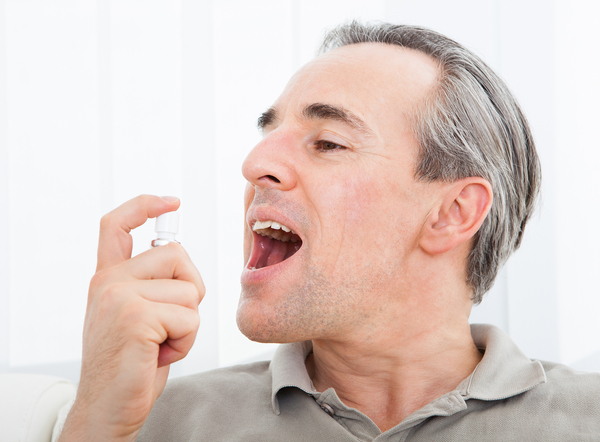 In the works are mouth sprays that can deliver faster-acting doses of sildenafil citrate, a compound that temporarily overcomes the symptoms of erectile dysfunction.

Help may be on the way for Viagra users who like how the little blue pill works for them but wish it were quicker to take effect.

Researchers have found that sildenafil, the active ingredient in Viagra, delivered in the form of a mouth or nasal spray produces results in just over a minute, a big improvement over the 30 to 60 minutes it now takes Viagra to become effective.

The spray doesn’t boast the same duration of action — four or five hours — as Viagra in pill form, but it does allow greater spontaneity and reportedly remains effective for up to 90 minutes, which should allow more than enough time for sexual activity for all but the hardiest of men. And if the spray is eventually approved, it will offer yet another form of treatment for men with erectile dysfunction.

News about some form of Viagra mouth spray has been breaking on multiple fronts. From Taiwan come the results of an animal study that showed low doses of sildenafil mixed with food-grade propylene glycol produced the desired results in rabbits when squirted under the animals’ tongues. Positive results were seen 78 seconds after the spray was administered.

SUDA Ltd., based in Osborne Park, Western Australia, announced that it is moving ahead on discussions with the U.S. Food and Drug Administration about its SUD-003 oral spray formulation of sildenafil, which was patented in Australia in early 2015. SUDA acquired rights to the oral sildenafil application, then code-named NVD-401, when it acquired virtually all the assets, including intellectual property, of New Jersey-based NovaDel Pharma Inc. in July 2013.

The Australian company has already completed pilot clinical trials on SUD-003, which would be marketed under the brand name DuroMist. Those trials, conducted with a study group of 24 healthy adult male subjects, were designed “to assess the relative bioavailability and safety of one, two, and three sprays of 10-milligram/0.12-milliliter of DuroMist, compared to a 25-milligram Viagra tablet.”

In the introduction to the Taiwanese study, published in the September 2016 issue of “Journal of Pharmaceutical Sciences,” the research team enumerates some of the drawbacks of sildenafil in pill form, which is the only form now on the market. These include a first-pass effect of 70 percent (the amount of the active ingredient that is metabolized and never becomes bioavailable or systemically active), slow onset of action, and multiple adverse side effects. Among the side effects experienced with higher doses (greater than 50 milligrams) of sildenafil in pill form are dizziness, loss of consciousness, diarrhea, abnormal vision, nasal congestion, upset stomach, rash, increase in urinary tract infections, and cardiac risk. 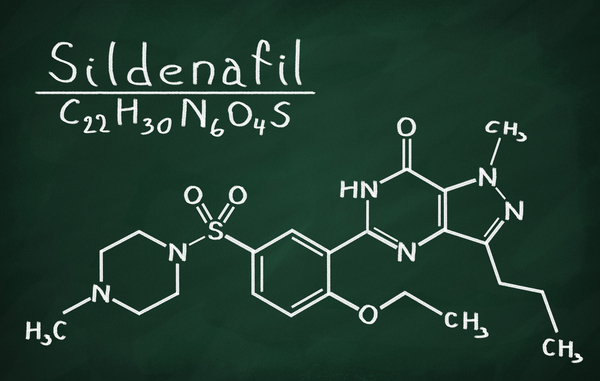 Sildenafil is the active ingredient in Viagra, the little blue pill that revolutionized the treatment of erectile dysfunction.

The Taiwanese study, confined to laboratory and animal testing, found that sublingual delivery (a couple of squirts under the tongue) of sildenafil produced significantly higher bioavailability of the active ingredient at lower doses. It noted that earlier studies of nasal spray applications of sildenafil also produced higher bioavailability of the active ingredient, because both nasal and sublingual sprays bypassed liver metabolism of the drug, which sharply reduces bioavailability.

Findings from the Taiwanese study were very similar to those reported from the pilot clinical trials of SUD-003 (DuroMist) in Australia. In those trials, researchers found that two 10-milligram sprays of the drug produced the same bioavailability of the active ingredient as a single 25-milligram tablet of the drug. Three 10-milligram sprays (30 milligrams in all) of SUD-003 produced systemic exposure that was 40 percent greater than that produced by a 25-milligram tablet.

A Welcome Addition to Pharmacopeia

The implications for potential users of these alternative delivery methods, should they become available, are significant. Interviewed for an article posted at the website of The Sun in the United Kingdom, Doug Savage, M.D., a specialist in the treatment of male sexual dysfunction, said the spontaneity afforded by such drugs, “would definitely be welcomed by many men with erectile problems.”

Although it would appear that delivery of sildenafil by mouth or nasal spray is slowly but surely moving closer to becoming a reality, it should be noted that these innovative delivery systems have been in the works for several years. NovaDel, which originally developed the SUD-003 spray system, conducted preliminary testing as far back as 2010.