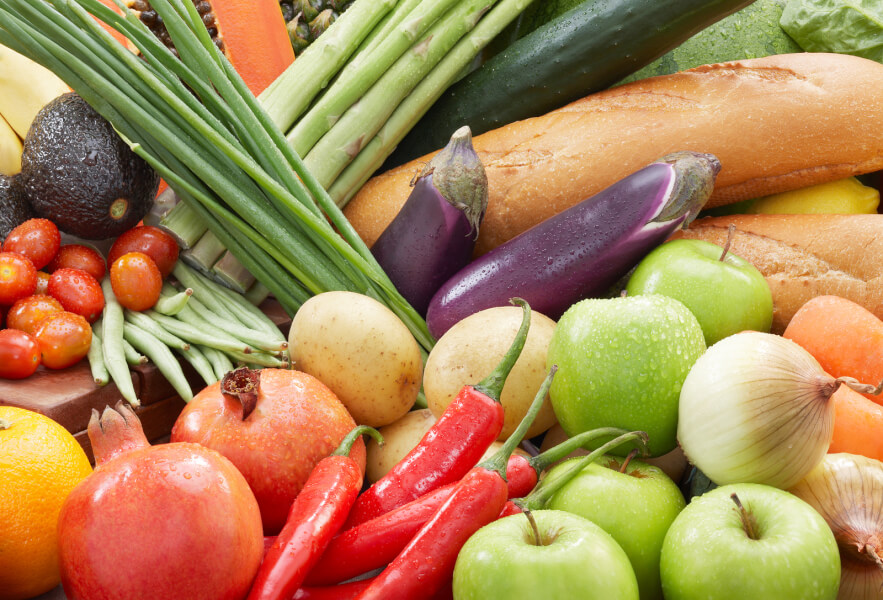 8 Ways to Boost Your Chances for a Better Erection

Trading in some of your unhealthy lifestyle behaviors for erection-friendly alternatives can sometimes reverse early symptoms of erectile dysfunction. Best of all, these positive changes can go a long way toward improving your overall health.

All too often, men who begin to experience some difficulties in getting and keeping an erection head immediately to the drugstore to load up on impotence medications such as Viagra, Cialis, and Levitra. While these drugs are both safe and effective for most men who find themselves unable to achieve erection, this knee-jerk rush to medication at the first sign of trouble often can be avoided by making some lifestyle changes that can get things down there working as they should.

These impotence drugs, known collectively as PDE5 inhibitors, have allowed literally millions of men to overcome erection problems, but premature reliance on them can be both costly and unnecessary. In the end, of course, if your attempts to resolve the problems through lifestyle changes should fail, the drugs will always be there to fall back on.

And for those men who are not yet having any problems with erectile function, adopting some of these lifestyle recommendations can result in stronger, more long-lasting erections, as well as yielding improvements in overall health. 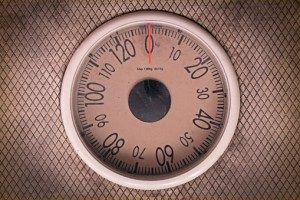 The link between obesity and erection problems is fairly well documented, although it is not yet completely understood. According to an article posted at Health.com, a 2011 Australian study found that losing just 5 to 10 percent of body weight in a two-month period improved erectile function and fired up the libidos of obese men with diabetes.

Kevin Billups, M.D., an associate professor of urology at the University of Minnesota, Minneapolis, suggests to his impotence patients a simple test to see what, if any, effect excess pounds may be having on their condition. He asks them to stand up and look down at their belly. ¨If you can’t see your penis,¨ he says, ¨that’s a problem.¨

The relationship between obesity and impotence also helps to illustrate the way in which erectile function is a reflection of overall cardiovascular health. Although the precise way in which obesity affects erectile function is not yet fully understood, it is widely believed that obesity damages the endothelium, the inner lining of the blood vessels. The endothelium plays a key role in the erectile process by releasing nitric oxide that signals the smooth muscles of the blood vessels to relax, thus optimizing blood flow to the penis.

Cardiologist Robert A. Kloner, M.D., a professor of medicine at the University of Southern California’s Keck School of Medicine, says, ¨An erection is basically a cardiovascular event. If blood flow cannot increase because the blood vessels can’t dilate normally, then there’s a decrease in erectile function.¨

2. Get and Stay Active 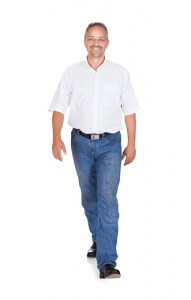 Walking just 30 minutes a day can significantly reduce your risk of developing erection problems, according to a Harvard study.

If you spend most of your time behind a desk at work and on the couch watching TV at home, you can help to improve both your erectile function and overall health by beginning a regular program of physical exercise. If you’ve been sedentary for quite some time, you’ll want to seek your doctor’s counsel before launching an exercise program and starting slow is probably the best advice. A Harvard study found that just 30 minutes of walking daily was linked to a decrease of 41 percent in the risk for impotence. And for those of you struggling with a little excess weight, walking and other forms of physical activity can help to burn off some of those extra calories.

In addition to your regular exercise program, which can improve both erectile and overall cardiovascular health, consider adding some pelvic floor exercises, also known as Kegel exercises. A study conducted by the University of the West in the United Kingdom showed that these exercises helped 40 percent of impotent men to regain normal function and significantly improved erectile function in another 33.5 percent of the men participating in the study.

To do these exercises, you will first have to locate your pelvic floor muscles, which can be done by stopping urination in midstream or tightening the muscles that keep you from passing gas. These are the muscles of the pelvic floor, which you can then start exercising by lying on your back with your knees bent and apart, according to MayoClinic.com. Tighten your pelvic muscles for three seconds and then relax for three seconds. Then repeat. Gradually build up the number of exercises until you are able to do three sets of 10 repetitions daily. As your pelvic muscles strengthen, you may find that you can do these exercises while sitting, standing, or walking.

According to an article in HEALTHbeat, a newsletter published by the Harvard Medical School, you can improve the quality of your erections and stave off the likelihood of future erection problems by eating a diet high in fruits, vegetables, whole grains, and fish. You’ll also want to minimize your consumption of refined grains, as well as red and processed meats. Because a chronic deficiency of vitamin B12 may hasten the onset of erection problems, you can try to avoid that problem by taking a daily multivitamin or eating foods that have been fortified with supplementary B12.

In addition to the host of other serious ailments it can cause, smoking is not compatible with healthy erectile function. Urologist Nelson E. Bennett, M.D., told EverydayHealth.com that nicotine constricts blood vessels, reducing blood flow to the penis and thus compromising erectile function. ¨In one animal study, the negative effects of nicotine on an erection were found to be strong enough to overcome the effects of Viagra.¨ As if that weren’t downer enough, other studies have found that smoking also is linked with a reduced sex drive.

L-arginine is a naturally occurring amino acid that helps to produce nitric oxide, which is a key player in the erectile process that relaxes the smooth muscles of blood vessels, thus optimizing blood flow to the penis. As with many natural substances that can already be found in the body, over time levels of L-arginine may decrease and make it somewhat more difficult to get and keep an erection strong enough for intercourse. Taking supplementary L-arginine can help restore normal erectile function. 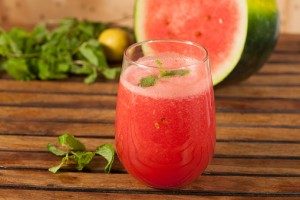 This refreshing glass of watermelon juice is loaded with citrulline, an amino acid that has been shown to improve blood flow to the penis.

Watermelon is more than just a refreshing treat during the dog days of summer. It may also help to reinvigorate erectile function. The fruit is loaded with citrulline, an amino acid that has been shown to improve blood flow to the penis. According to MedicalDaily.com, a 2011 study showed that men with mild to moderate symptoms of impotence reported significant improvements in erectile function after taking supplements of citrulline. If you would prefer to get your added citrulline from a more natural source, try drinking a daily glass or two of watermelon juice.

If you still need some help getting and keeping an erection after trying out all these recommendations, perhaps now is a good time to consider using one of the popular impotence medications, all of which have been clinically shown to be safe and effective for most men.

If you’re looking for a reliable online supplier of these prescription medications, you need look no further than eDrugstore.com, a longtime online facilitator. Based in Tempe, Arizona, eDrugstore sells only FDA-approved drugs, all of which are sourced from licensed U.S. pharmacies. If your personal physician has written a prescription for one of these drugs, you can fax it or scan and email it along with your order. Alternatively, eDrugstore can set up a complimentary online consultation with one of its team of licensed physicians who can prescribe it if he or she deems it appropriate. To learn more, visit eDrugstore’s Erectile Dysfunction page.