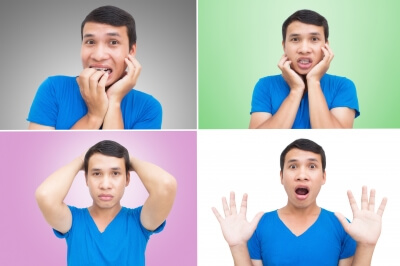 While biking can be a fun activity that helps you to stay fit, men that do it too often could later see problems between the sheets. A study of 1,700 men found that those who rode a bike more than three hours a week had higher rates of erection problems than those who rode less often. The culprit for this problem is the bicycle seat. A hard seat can compress the perineum (the area between the anus and scrotum), squeezing off the vital arteries and nerves necessary for normal sexual function.

But that’s not to say that you should ditch your bike entirely. Instead, opt for leather seats, which conform to the shape of the rider, alleviating stress from your vital areas.

Men who snore all night long may be suffering from sleep apnea,  a common disorder in which one’s breathing is constantly interrupted during sleep. Sleep apnea is a sign that the body is suffering from abnormally low baseline oxygen levels, which can make achieving an erection difficult. A recent study presented at the American Urological Association’s 2011 meeting found that men with erection health problems were twice as likely to have sleep apnea.

Men who snore should mention it to their doctors; sleep apnea is a serious health issue that’s also linked to high blood pressure, heart disease, and other problems.

When you don’t floss, you’re doing a disservice to your teeth, your gums, your heart, and according to recent research, your erection. Israeli researchers found that more than 15 percent of men with chronic gum disease had erection health issues.

Bacteria from the mouth can travel through the bloodstream, which can combine with plaque to clog blood vessels, including those in the penis, and make getting erections more difficult. Flossing every morning can ensure that your body stays plaque free.