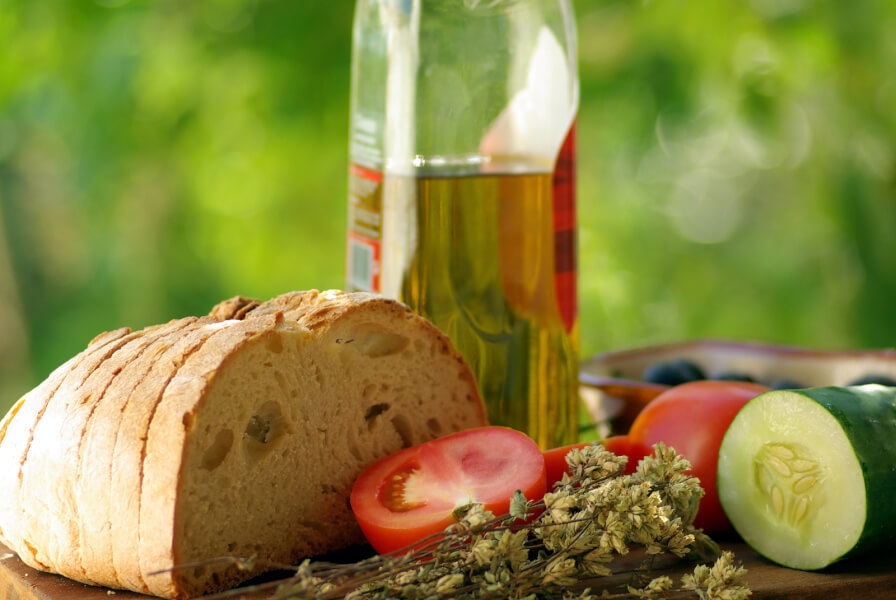 What you eat plays a critical role in your overall health and your sexual health and function in particular. Certain foods contain high levels of nutrients known to promote robust erectile function.

Men looking to achieve stronger and longer lasting erections may find that the answer lies no farther away than their household refrigerator or pantry. It appears that when it comes to erections, what you eat can help to counter erection dysfunction and promote a satisfying sex life. By the same token, a diet high in fast foods and other unhealthy menu choices can work against you if you’re already experiencing erection problems.

Having difficulty getting and keeping an erection is a problem that most men encounter at least a few times during their lives. A wide array of factors can be involved, and the problem can be fleeting and easily addressed, or it can be more serious in nature, requiring medical intervention.

Whatever your particular problem may be, eating a healthy diet that includes certain erection-friendly foods goes a long way toward ensuring that you will be able to quickly achieve and maintain an erection.

When it comes to establishing general dietary guidelines for good erection health, your best bet is to follow a heart-healthy diet. Andrew McCullough, M.D., director of the male sexual health program at New York University Langone Medical Center, tells WebMD that any food that is bad for a man’s heart is also bad for his penis.

McCullough points out that the same unhealthy eating habits that can cause heart attacks by restricting blood flow in the coronary arteries can also reduce blood flow to and within the penis. Without healthy blood flow, the penis cannot become erect.

Erection dysfunction is relatively rare among men who follow the so-called Mediterranean diet, which is high in whole grains, fruits, vegetables, fish, wine, and heart-healthy fats, such as nuts and olive oil.

However, if you’re looking for specific foods that have a proven reputation as erection-friendly, here — in no particular order — are 10 that get high marks from nutritionists and medical professionals for their support of normal erection function.

Almonds: Touted by many for their supposed aphrodisiac properties, almonds are rich in a variety of erection-friendly nutrients. Among these are vitamin E and the trace minerals selenium and zinc, all of which support sexual and reproductive health and function. Perhaps most significant is zinc, which helps to bolster libido and sexual desire, according to Jennifer R. Berman, director of the Berman Women’s Health Center in Beverly Hills. “We don’t really understand the mechanisms behind it, but we know it works,” Berman told “Health” magazine. Zinc also promotes your body’s production of testosterone, which is a key player in male sexual function.

Asparagus: Many consider this healthy green vegetable “nature’s Viagra,” and while that may be something of an exaggeration, asparagus is usually prominently featured in any list of foods that help to promote strong erections. James J. Elist, M.D., a Beverly Hills physician who specializes in the treatment of erection dysfunction, says that asparagus has a wide array of health benefits, including its ability to reduce inflammation, prevent blood clots, and relieve pressure on blood vessels throughout the body.

Asparagus is rich in nutrients, most notably vitamins A, B1, B2, C, and E, as well as fiber, iron, potassium, and zinc. It is also high in folic acid, a member of the B-complex family that supports circulatory health, which is essential to normal erection function.

Avocados: It’s probably no coincidence that the ancient Aztec term for avocado comes from the same root word as their term for testicle. While some have speculated that this linguistic novelty is based solely on the fruit’s resemblance to this key part of the male anatomy, it’s entirely possible that the name is rooted not only in the avocado’s form but also its function. Avocado is rich in monounsaturated fatty acids, or MUFAs, which stimulate blood flow and thus help to promote strong and long-lasting erections.

Bananas: While we’re dealing with natural foods that bear an uncanny resemblance to certain parts of the male anatomy, we need to focus a bit on bananas. This tropical fruit is rich in potassium, which helps to relax the walls of blood vessels, allowing for stronger blood flow and longer lasting erections. The potassium in bananas can also be helpful in counteracting the effects of a diet high in sodium, which can cause high blood pressure and thus reduce the flow of blood to all the body parts that need it.

Dark Chocolate: In recent years, medical journals have touted the beneficial effects of dark chocolate consumption on cardiovascular health. And as you’ve already heard from McCullough, foods that are good for the heart are good for the penis as well. Eric Ding, Ph.D., a Harvard epidemiologist and nutritionist, notes that cocoa — the raw material for chocolate — is loaded with flavanols that improve blood flow throughout the body.

Garlic: Garlic is a mainstay of the widely touted Mediterranean diet, promoted for its heart-healthy — and by extension erection-friendly — characteristics. Garlic promotes your body’s production of nitric acid, which in turn dilates blood vessels and improves blood flow to both the heart and penis.

Olive Oil: Another one of the primary pillars of the Mediterranean diet, olive oil, like avocado, contains plenty of MUFAs, which are healthy fats because they not only lower your levels of low-density lipoprotein, the so-called bad cholesterol, but they also help to increase high-density lipoprotein, which is good cholesterol. But that’s not the only benefit that olive oil offers for male sexual health. Studies published in recent issues of “Lipids” and “Natural Product Communications” conclude that men who regularly consume olive oil experience a significant increase in their levels of testosterone, the male sex hormone.

Oysters: It turns out that all the talk you’ve heard about the aphrodisiac properties of oysters has more than a little truth to back it up. According to an article in “Details” magazine, oysters are the richest dietary source of zinc, which as we’ve already discussed plays an important role in helping you to achieve erection. Zinc promotes optimal blood flow to the penis, which is essential for a strong erection, and it also fuels the body’s production of testosterone, without which both your sexual drive and performance are likely to suffer. According to Steven Lamm, M.D., wild eastern oysters contain the highest levels of zinc, followed by eastern farmed and wild Pacific varieties of the shellfish. Lamm is a member of the faculty at New York University School of Medicine and the author of “The Hardness Factor.”

Strawberries: Loaded with antioxidants that promote good overall health and ward off the ravages of disease and aging, strawberries also contain high levels of folic acid, another erection-friendly nutrient that stimulates strong blood flow. According to an article in “Health” magazine, a study at the University of California, Berkeley, indicated a link between strawberries and high sperm counts in men. It seems that the popularity of chocolate-dipped strawberries as a romantic gift has far more basis in fact than most of us realize.

Watermelon: No longer just a refreshing summer treat, watermelon also appears to have significant erection-enhancing properties because it contains high levels of citrulline. This nonessential amino acid is a precursor to arginine, another amino acid that is a precursor to nitric oxide, a chemical compound that helps to dilate blood vessels. The citrulline in watermelon was long thought to be largely confined to the fruit’s rind. However, recent research has shown that the edible portions of watermelon contain plenty of citrulline as well, according to Bhimu Patil, Ph.D., director of the Fruit and Vegetable Improvement Center at Texas A&M University. Patil told WebMD that citrulline’s indirect contribution to the body’s production of nitric acid is the key to its erection-friendly properties.

If you’ve found this article interesting and would like to see more of the same, particularly on topics relevant to sexual health and function, make it a point to follow eDrugstore.com’s blog on a regular basis.