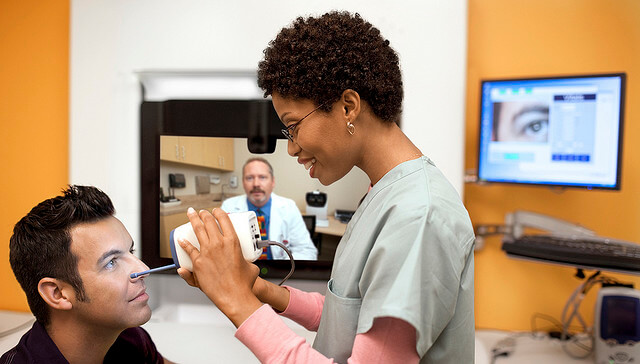 With an ever-increasing demand for health care fueling its expansion, telemedicine is growing by leaps and bounds and is certain to generate significant profits for many of those involved in developing its enabling technologies and actual implementation.

However, so great is the demand for the services that telemedicine makes possible that it is growing against a crazy-quilt backdrop of state and federal regulations that are either not yet in place or in some cases conflicting.

In the absence of uniform state and national accord on legal and regulatory issues affecting the practice of telemedicine, some avenues of its growth may prove to be dead-ends. All of which means that investors should take great care that they are not betting on a segment of the telemedicine market that could eventually be restrained or shut down altogether by state and local legislation that is yet to be approved.

In the best of all possible worlds, telemedicine would enjoy maximum growth and profits if state and local laws governing provider reimbursement and the provision of services across state lines were pretty much uniform. So far, that is not the case.

However, despite the uncertainties of the legal and regulatory environment surrounding telemedicine, investment in its growth shows no signs of slowing down. In its January 2015 report on 2014 investment activity, San Francisco-based Rock Health reported that venture funding of digital health companies topped $4 billion, nearly equal to total investments from 2011 through 2013. With this sharp jump in 2014 investments, the compound annual growth rate from the beginning of 2011 through the end of 2014 soared to 45 percent.

Rock Health describes itself as ¨a full-service seed fund that is powering the future of the digital health ecosystem, bringing together the brightest minds across disciplines to build better solutions.¨ The fund finances and lends continuing support to start-up companies that will build the next generation of technologies transforming the health care industry.

What Is Digital Health?

Rock Health’s definition of digital health encompasses not only telemedicine and the various technologies and devices that enable the delivery of telemedicine services but a host of other allied digital applications as well. Such applications include the collection and analysis of medical data, payment administration, and clinical workflow management.

In 2014, the top six categories of digital health investment accounted for 44 percent of all investment last year. At the top of the list was Analytics and Big Data with $393 million in investments, followed by Health Care Consumer Engagement ($323 million), Digital Medical Devices ($312 million), Telemedicine ($285 million), Personalized Medicine ($265 million), and Population Health Management ($225 million).

Of the top six investment categories, Telemedicine’s growth from 2013 to 2014 was by far the most impressive, representing an increase of 315 percent from investments of about $90.5 million in 2013. Of the two other digital health sectors showing unusually sharp growth, neither was among the top six investment sectors in total dollars invested. Investments in Payer Administration and Digital Therapies were up 269 and 266 percent, respectively, from 2013 to 2014.

To better understand the digital health sectors that investors feel most strongly about, it’s helpful to know how Rock Health defines each sector and its primary mission. For example, the top-performing Analytics and Big Data sector involves spending to streamline and expand data collection and analysis to support a wide variety of applications. Companies in the Health Care Consumer Engagement sector develop digital tools that make it easier for consumers to buy health care services or health insurance.

The primary mission of companies in the Digital Medical Devices sector is the development of both software and hardware designed to treat a specific disease or health condition. For Rock Health’s classification purposes, the Telemedicine sector includes companies that deliver health care services through such virtual channels as cell phone, computer, video, and text.

Another sector showing robust growth is Personalized Medicine, which includes companies developing software to facilitate the practice of medicine customized to an individual’s genetics. Companies in the Population Health Management sector develop and produce platforms for the management of population health under the shift to risk-based payment models.

Digging more deeply into Rock Health’s report on 2014 investment activity in digital health reveals a number of other interesting developments, all of which augur well for the growth of digital health:

Malay Gandhi, managing director of Rock Health, says that health care reform helps to explain the large investments flooding into software-based health-related companies. In an interview with INC.com, Gandhi said, ¨The industry needs to adapt to a new business model so things are changing, money is being moved around, there’s margin compression for everybody so it requires the use of technology to solve some of these problems. It also allows for new entrants to come into the market, as well.¨

Gandhi also points out that labor productivity within the health care industry has been declining at a rate of 0.6 percent annually over the past two decades, even as the industry as a whole accounts for an ever-growing portion of the U.S. economy.

Given the explosive increase in investment in the digital health field, one can be forgiven for worrying that perhaps what we’re witnessing is a bubble that might soon burst. However, Gandhi told INC.com that he sees little likelihood of that occurring.

¨The companies we have the most experience with — those in our own portfolio — which are a representative sample of the category at least in the early-stage side, are building sustainable, revenue-generating businesses,” he says. “They are experiencing commercial success because their products work. They improve the health care system in explicitly measurable ways, largely by reducing costs, whether administrative or medical.”