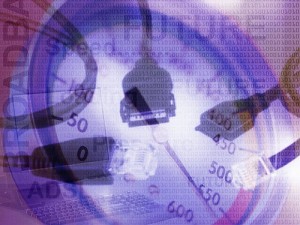 Extensive expansion of America’s broadband connectivity is needed in order for telemedicine to realize its full potential.

Telemedicine — the use of telecommunications technology to facilitate the remote diagnosis and treatment of patients — holds out the promise of health care that is more cost-effective and higher in quality. However, to fully realize its promise, telemedicine requires widespread broadband access so that those most in need of help can get it when they need it.

Telemedicine can take a variety of forms, including video consultations, remote patient monitoring, and improved on-demand access to medical records. The primary conduit for almost all telemedicine is high-speed Internet access, which unfortunately is not available in all corners of the country. In fact, its absence or scarcity is probably greatest in the remote areas that could benefit from telemedicine service the most.

Under this ruling, the FCC prohibited companies from claiming to provide broadband service if the Internet connectivity they offer fails to meet these new minimum benchmarks.

Although rural regions are certainly the most underserved areas when it comes to broadband service, Internet users in some densely populated states are still waiting for high-speed Internet service. Large areas of upstate New York, northern Pennsylvania, Ohio, Kentucky, Virginia, Georgia, Texas, and California are still without reliable broadband coverage.

Even certain neighborhoods in our country’s largest cities lack the sort of broadband coverage necessary to handle the high-speed telecommunications that lie at the heart of telemedicine. Testifying before the Senate Subcommittee on Communications, Technology, Innovation, and the Internet in mid-April 2015, Todd Rytting, chief technology officer for Panasonic of North America, said there were even areas of New York City without broadband coverage. 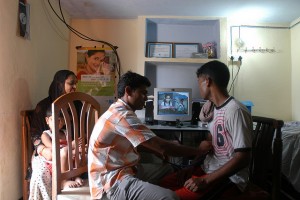 Telemedicine’s technologies are already bringing health care providers and patients together in places across the globe, including this videoconferenced consultation that took place in India.

In recent years, Panasonic’s North American subsidiary has become involved in the telemedicine market with the introduction of its SmartCare Home Gateway system, which utilizes Panasonic’s On4Today interactive video platform to monitor heart patients released from hospital. However, Rytting told the Senate panel that the company had run into difficulties implementing the service in certain New York City neighborhoods when potential users of the service were unable to get a broadband connection.

Similar problems were encountered in nearby Newark, New Jersey, Rytting said. High-rise apartment buildings proved to be a particular problem, because wireless broadband signals often don’t reach the upper floors of these buildings. In other parts of Newark and New York City, potential users of the system were unable to get a wired broadband connection.

¨What I did not dream of was the unavailability of broadband in urban settings,¨ Rytting told senators. ¨To be able to be a heartbeat away from New York City and not be able to get a signal in a structure that had thousands of tenants in it just boggled my mind.¨

The Senate subcommittee hearing at which Rytting testified was entitled Advancing Telehealth through Connectivity. Convened by Sen. Roger Wicker (R-Miss.), chairman of the subcommittee, the purpose of the hearing was to examine what the private and public sectors have done to extend the benefits of telemedicine to as many corners of the country as possible. It focused in particular on the connectivity challenges facing many health care providers and patients who would like to take advantage of telemedicine’s benefits.

While the lack of adequate broadband connectivity is clearly the biggest challenge for those seeking to grow the telemedicine network, it is not the only obstacle to expansion. Other problems cited by committee members and industry representatives include the lack of Medicare coverage for many telemedicine services, as well as the absence of an accord on interstate licensing of doctors and other health professionals.

Offering an example of the conundrum posed by the lack of interstate licensing of doctors, American Telemedicine Association CEO Jonathan Linkous noted that a Washington state doctor using telemedicine to treat a Montana patient would need licenses from both states.

Linkous also expressed frustration at the slow pace of telemedicine’s expansion in some areas of the country, explaining that while hundreds of thousands of Americans are enjoying the benefits of telemedicine, it has the potential to reach millions more. He also said the FCC’s efforts to facilitate telemedicine’s growth have been disappointingly limited.

Pointing out that the Telecommunications Act of 1996 provided telecom subsidies for health care providers, Linkous said, ¨I am constantly disappointed that the [FCC] has not done more on this program.¨ 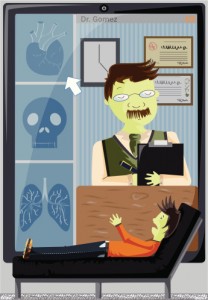 Telemedicine offers a wide array of benefits for both health care providers and consumers.

The federal government is becoming a big player in the telemedicine market, making it all the more important that broadband connectivity be expanded throughout the country. In a February 2015 article posted at FederalTimes.com, contributing writer Rutrell Yasin makes clear that federal agencies and departments already involved in telemedicine have a vested interest in the expansion of broadband. Current efforts, notes Yasin, allow caregivers to interact via videoconferencing with patients and also give easier access to medical records to doctors and specialists who are conferring on specific cases.

Among the examples of government telemedicine programs cited by Yasin is a program launched in 2011 by the Department of Veterans Affairs, which has recently come under fire for its inability to deliver adequate care to the nation’s veterans. The VA program, named Special Care Access Network — Extension for Community Health Outcomes, or SCAN-ECHO, uses telemedicine to deliver care to veterans who live in remote locations. While not intended to provide urgent care, SCAN-ECHO has the potential to provide monitoring of recovering patients as well as routine appointments with VA doctors for patients who live far from VA facilities.

The U.S. Department of Defense has been involved in telemedicine for nearly two decades, according to Yasin, first using the technology to care for wounded soldiers on the battlefield, most recently in Afghanistan and Iraq. For veterans dealing with chronic pain stemming from service-related injuries, the Defense Department has utilized telemedicine to open lines of communication between these patients and their caregivers.

The U.S. Air Force’s telemedicine program has focused on developing a sophisticated tele-imaging capability, according to Yasin. Lt. Col. Antonio Eppolito, chief of the Air Force’s telehealth program, told Yasin that his branch of the service decided to use its resources to improve the military’s tele-imaging capability since the VA and Army already were focusing on telehealth encounters between patients and providers.

The Air Force tele-imaging project encompasses ¨the transmission, interpretation, and archiving of images and documents in four specific areas within teleimaging: teleradiology, telecardiology, tele-endoscopy, and telepathology,¨ according to Yasin.