who is the girl in the eDrugstore ad?

You know, the one on the front page, with her polka dot bathing suit and blonde hair?

Who is she, anyway? Let’s face it, most of us are probably wondering. But the fact is that it remains a mystery to us all, myself included.

She’s definitely an all-American beauty, and our main page picture’s caption suggests she was chosen for that very reason.

Her old-fashioned good looks are combined with a stunning sex appeal that make her a perfect choice of representative eDrugstore. We offer medicines and treatments that support sexual health, and maintain men’s and women’s opportunity for a healthy, sexually-active lifestyle.

Other Appearances
Although you’ve probably noticed the girl on the eDrugstore front page, that’s not the only place where she is the face of eDrugstore.

In fact, you might not be aware that she’s shown up in advertisements for eDrugstore in dozens of popular publications.

Her first appearance was in USA Today Marketplace, and ever since her debut in August, 1999, she’s become a silent spokeswoman for eDrugstore’s medication offerings.

Now she’s appeared in many other magazines, including:

So now, when you’re not tuning in to our blog to get news about your source for lifestyle medications, you’ll know where else to look.

Keep an eye out for the girl in the eDrugstore ad whenever you open your favorite publication! 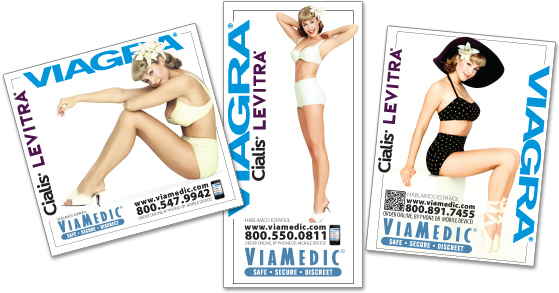