Doctors have found that telemedicine can be a very useful tool but recognize the need for clear-cut policies to manage its use.

In the past few years, telemedicine has emerged as a powerful new tool to expand access to health care, improve patient outcomes, and cut costs. But like any new technology, its growth has outpaced the development of a policy infrastructure designed to maximize its benefits while minimizing some of its inherent risks.

To address this pressing need, the American College of Physicians in early September 2015 issued a lengthy position paper governing the use of telemedicine. ACP is a national organization of physicians specializing in internal medicine and internal medicine subspecialties. With 143,000 members, it also is the second largest physician group in the United States, exceeded in size only by the American Medical Association. 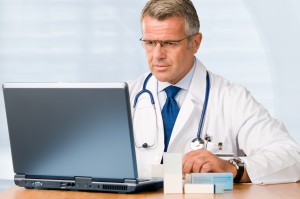 The ACP position paper is entitled “A Guide to the Use of Telemedicine in Primary Care Settings.” In releasing the guide, ACP President Wayne J. Riley, M.D., noted that telemedicine is expanding at an almost exponential rate. To keep pace with that growth, he said “the potential benefits of telemedicine must be measured against the risks and challenges associated with its use.” Among such risks and challenges, Dr. Riley specifically cited variations in state practice and licensing regulations, issues surrounding the establishment of the patient-physician relationship, and the potential absence of the physical exam.

An earlier but closely related ACP position paper entitled “E-Health and Its Impact on Medical Practice” was issued in 2008. Although that paper came out only seven years ago, roughly a year after Apple introduced the iPhone, technology has since become an integral part of everyday life, not just in the United States but around the world.

Speaking specifically of telemedicine’s technologies, Dr. Riley said that their use “has been shown to increase patient satisfaction while delivering similar quality, and in some cases more efficient care, as in-person care and support.”

While offering a broad definition of telemedicine as “the use of technology to deliver care at a distance,” ACP breaks down telemedicine transactions into four broad categories. The first such category is identified as asynchronous telemedicine and covers the transmission of a patient’s medical information that is not being used in real time. An example of such a transaction would the transmission of x-rays of a patient’s broken wrist to an orthopedic surgeon who at his leisure will review the studies to decide whether surgery is warranted.

In this asynchronous telemedicine transaction, a patient records her blood pressure data, which is then transmitted to her doctor to evaluate at a later time. 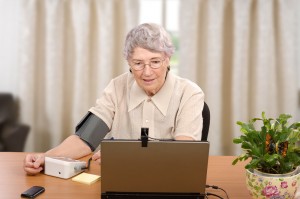 The second type of telemedicine transaction falls into the category of synchronous telemedicine. It encompasses interactive technologies, such as a two-way interactive video. Examples include a physician who sets aside a couple of hours each weeknight for e-visits, allowing the doctor to consult via webcam with patients suffering from acute health conditions. Yet another example of synchronous telemedicine would be a rural community health center with no on-site doctor but with video conferencing capabilities that would allow local patients in need of care to consult remotely with doctors at an urban center.

The third primary category of telemedicine transaction, according to ACP, is remote patient monitoring, in which a patient’s medical information is gathered through technologicial devices. This data is then sent to the patient’s physician for evaluation and subsequently stored with the rest of the patient’s medical records. In ACP’s example of such a transaction, a patient who has been switched to a new high blood pressure drug uses a monitoring device to measure blood pressure daily for a week. This collected data is sent electronically to the doctor who can then make a determination if it’s necessary to examine the patient in the office. In any case, the data collected is then stored with the rest of the patient’s medical history.

The fourth and final type of telemedicine transaction falls under the heading of mobile health care services. This category encompasses the use of mobile technology, such as text messaging and smartphone apps “to manage and track health conditions or promote healthy behaviors.” One example of this type transaction is a medical care practice’s use of text messaging to confirm appointments.

In its comprehensive overview of telemedicine, ACP’s guide makes a number of policy statements and recommendations about how telemedicine can best be incorporated into the long-term provision of care for patients. Here are some highlights from the guide:

In this synchronous telemedicine transaction, a patient consults with her doctor via videoconferencing technology. 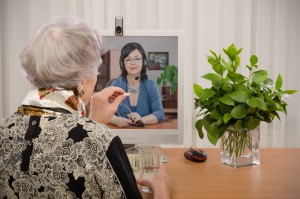