Telemedicine Market Predicted to Grow by Leaps and Bounds 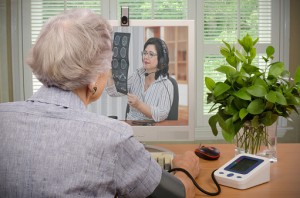 A patient interacts via video with a physician who is simultaneously checking out the results of the patient’s recent CT scan.

“Telemedicine Taking Off” screams a recent headline at BostonHerald.com, while the website of CBS News gives top play to a story titled “Telemedicine: Medicine Gone Mobile.” Forbes.com informs us that “Walgreens Expands Doctor Access Via Telehealth to 25 States,” and HealthLeadersMedia.com tells visitors to its website that “Telemedicine Is Unstoppable.”

This is but a tiny sampling of the Internet’s growing volume of news stories and feature articles about the astounding growth of telemedicine, which sometimes is called telehealth or digital medicine. Call it what you will, one thing is certain: Despite somewhat daunting odds, telemedicine is growing at an almost exponential rate. The articles we’ve cited above first made their appearance over the space of four or five days in June 2015. And they truly are just a small selection from the hundreds of such stories — many of them more local in nature — that chronicled telemedicine’s inexorable advances over a few days in June.

All of which helps to breathe life into and give almost palpable shape to some of the projections from a recent telemedicine report published by Transparency Market Research. That report projects compound annual growth of 16.5 percent for the global video telemedicine market from 2014 to 2020.

The total value of the international market in 2013 is estimated at $559 million in the report, which predicts that the value will increase to a little more than $1.6 billion by 2020. In its analysis of prospects for this sector, the research report cites government initiatives promoting telemedicine, along with the rapid increase in the world’s elderly population, as two of the primary factors driving telemedicine’s growth.

In the United States, another key factor fueling telemedicine’s growth is the widening gap between the demand for services by primary care physicians and the supply of these physicians. Likely to exacerbate this shortfall is the Affordable Care Act, which makes health care coverage available to many Americans who have not previously had it.

The Health Resources and Services Administration, an agency of the Health and Human Resources Department, has predicted that the supply of primary care physicians will grow by 8 percent from 2010 through 2020. This won’t keep pace with the increase in demand for the services of those physicians, which HRSA expects to grow by 14 percent during the same period. 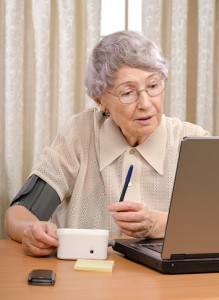 Telemedicine allows patients to transmit data on their vital signs to physicians who are located elsewhere.

One Way to Bridge the Gap

With the efficiencies in both costs and time that it offers, telemedicine may very well help to bridge that gap, at least in part. At present, the U.S. health care industry is plagued with a staggeringly high number of unnecessary visits to doctors’ offices and hospital emergency rooms for patients who have nowhere else to turn to find out what ails them. The vast majority of the time, the ailment is minor and can be dealt with much more efficiently and economically through a video consultation with a health professional qualified to quickly assess and diagnose the problem. The patient can then be advised on steps for home care and provided with a prescription for medicine if the consulting doctor deems it necessary.

By more efficiently screening those seeking health care, telemedicine doctors can quickly identify those with minor problems that can be quickly resolved while referring those with more serious health problems to the health professionals best qualified to treat them.

Some Dark Clouds on the Horizon

In the United States, telemedicine industry promoters are encountering some problems associated with the lack of uniformity of licensing requirements and other regulations relevant to the practice of telemedicine. While most states seem to be moving to pave the way for telemedicine, not all states have been as accommodating.

The Texas Medical Board took a recent step that some large telemedicine practices contend will make it difficult, if not impossible, to operate profitably in the Lone Star State. Specifically, the TMB prohibited telemedicine consultations between doctors and patients who do not already have a face-to-face relationship. The board did make an exception for patients who are in a qualified medical care institution and under the care of a medical professional. Such patients would be allowed to consult remotely with a specialist via telemedicine as long as they were in the presence of a qualified medical professional. 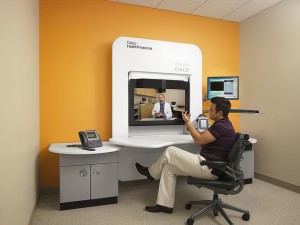 One very concrete example of telemedicine’s growth is the recent announcement by Walgreens Boots Alliance of its stake in the telemedicine market. WBA is the U.S.-based multinational holding company for Walgreens, Boots, and number of pharmaceutical manufacturing, wholesale, and distribution companies.

In June 2015, WBA announced that in collaboration with MDLive, a telemedicine provider, it will expand 24/7 access to physicians via telemedicine technology to 25 states by the end of 2015. WBA and MDLive had already been involved in a pilot project, limited to California and Michigan, which has apparently produced results satisfactory enough to warrant this bold expansion to roughly half the country.

3 New States First to Be Added

According to a June 10, 2015, news release from Walgreens, customers in Colorado, Illinois, and Washington will be the next in line to get access to this telemedicine service, allowing visitors to the Walgreens website to access board-certified physicians. While the project’s telemedcine platform was limited to mobile phones during its pilot phase, the press release announced the service will now be available via desktop and tablet devices. By year’s end the same service will be rolled out to Walgreens’ customers in 20 additional states, although the story did not specific which states are included on that list.

In making the announcement of its expanded telemedicine operation, Adam Pellegrini, Walgreens’ divisional vice president of digital health, acknowledged that the company is aware of a growing public demand for such services. “Our society truly values anytime, anywhere convenience. And with a growing need for access to affordable health care services, we believe telehealth solutions can play an important role in helping to improve patient outcomes and continues our mission to provide a seamless, omni-channel digital health experience.”

The Walgreens-MDLive service is available on both the Android and iOS versions of the drugstore chain’s mobile app. The existing platform for the service allows customers to consult with qualified physicians for a variety of acute conditions. If a patient’s conditions warrant it, these board-certified physicians can write a prescription for appropriate medications. And, perhaps best of all, the cost for such a virtual visit with the doctor is only $49.