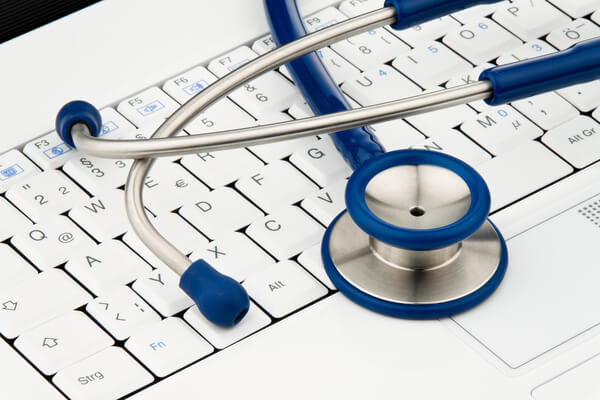 One of the most visible signs of telemedicine’s explosive growth across the United States is the upsurge in the number of telemedicine kiosks popping up in the workplace and elsewhere around the country. These kiosks offer health consumers convenient and relatively inexpensive video access to expert health care providers who can quickly assess common symptoms and prescribe the best course of treatment.

Obviously, these kiosks are not designed to resolve life-threatening medical emergencies such as uncontrolled bleeding or chest pain, but they are quite useful for health consumers troubled by routine health complaints such as a rash or persistent cough. Among the more widely seen health problems at kiosks are colds, earaches, pink eye, sore throats, and upper respiratory infections.

In an article posted recently at the website of Kaiser Health News, longtime health journalist Phil Galewitz recounts the experience of Jessica Christianson, an employee of the Palm Beach County School District in Florida. An administrative employee of the school district, 29-year-old Christianson was concerned about a sudden attack of abdominal pain and nausea.

Rather than rushing off to the nearest urgent care center or the hospital emergency room, Christianson went directly to the telemedicine kiosk in the lobby of the school district’s main building. Within a couple of minutes, she was discussing her symptoms with a Miami-based nurse practitioner via two-way video. Using a stethoscope and other diagnostic devices attached to the kiosk’s computer station, the nurse practitioner was able to quickly examine Christianson.

Based on her examination and discussion of the patient’s medical history, the nurse practitioner recommended that Christianson get an ultrasound of her abdominal area to check for possible liver problems that might have developed as a complication of a recent intestinal infection. Taking the professional’s advice, Christianson later that day had an ultrasound exam that confirmed the nurse practitioner’s suspicions about liver involvement.

In addition to getting quick professional attention for her worrisome abdominal symptoms, Christianson found the cost of the telemedicine kiosk consultation far less expensive than what it would have cost to see a doctor at an urgent care center. The kiosk consult cost only $15, much cheaper than the $50 or more an urgent care center would have charged.

In addition to the lower cost of a kiosk visit, their convenience in the workplace makes it easier to access care when health concerns arise. She told Galewitz that “without the kiosk I probably would have waited to get care, and that could have made things worst.”

Kiosks such as the one Christianson visited in the offices of her employer are sprouting up increasingly. Helping to fuel this expansion are efforts by health insurers to test these facilities in the workplaces of employers with whom the insurers have major contracts. Anthem and UnitedHealthcare both have mounted such initiatives.

Over the past 18 months, Anthem has installed 34 telemedicine kiosks in the workplaces of 20 employers with which it does business. For smaller companies that haven’t the capital to invest in on-site clinics with doctors and nurses on standby, these kiosks are an attractive alternative. John Jesser, vice president of provider engagement strategy at Anthem, told Galewitz that kiosk technology “should make it more affordable for employers of many sizes” to provide on-site health care access for their employees.

A typical telemedicine kiosk has one or more computer stations with high-definition touchscreens, video conferencing capabilities, and medical diagnostic devices, such as thermometers, blood pressure cuffs, and pulse fingertip oximeters to check blood oxygen levels. Additional peripheral devices such as digital stethoscopes and otoscopes give remotely located medical professionals all the tools they need to effectively examine and evaluate a kiosk patient.

After examining a patient and discussing his or her health history and current symptoms, the medical professional can recommend that the patient seek further in-person treatment or send a prescription to the patient’s local pharmacy.

In a late-2015 Q&A session posted at the website of ThinkAnthem.com, Jesser said telemedicine represents a seismic shift in health care delivery, making it far more “consumer-centric” than it was only a decade ago. Whether the consumer visits a kiosk or uses his smartphone or laptop computer, patients now can quickly consult with a doctor or nurse practitioner at their convenience, rather than wait for an opening in a busy doctor’s schedule.

Jesser envisions a day in the not-too-distant future when telemedicine consultations are the rule and not the exception in interactions between patients and medical professionals. In that future, visits to the doctor’s office as we know them might be the exception to the rule.

Jesser is well aware that his visions of the future of health care are controversial, but he’s convinced that technology is advancing at such a rapid rate that such changes are within reach. “A doctor hearing me say this could say, ‘oh this guy is crazy, you’re ruining medicine,’ or hopefully for most physicians hearing me say this, actually it might be a relief that they won’t have the overhead of a brick and mortar institution.”

While Jesser sees a very bright future for telemedicine kiosks — and other forms of telehealth delivery as well — others are somewhat skeptical. Although kiosks are far less expensive than setting up a full-blown and fully staffed medical center on site, employers may find the initial start-up costs for a kiosk more than they can afford. Setting up a kiosk can cost anywhere from $15,000 to $60,000, which may be more than some companies can afford. One such skeptic is Victor Camlek, a research analyst with Frost & Sullivan. He told Galewitz that “kiosks look promising and may still take off, but I don’t see explosive growth.”

One of the biggest challenges for employers that do decide to set up telemedicine kiosks in the workplace is educating their employees about the services they offer and what to expect during a typical kiosk visit. The kiosk in the offices of the Palm Beach County School District served only 175 of the district’s 2,000 employees during the first year it was in place. Some observers blame the relatively low usage on the fact that employees don’t fully understand how they work. Nevertheless, Dianne Howard, the district’s director risk management, remains optimistic, saying that telemedicine “is the future of health care.”

The kiosk installed at the city hall in Kansas City, Missouri, has been deemed a success by officials there, who estimate that the facility has saved the city at least $28,000 in less than a year. That figure represents the city’s savings from employees who chose to visit the kiosk rather than make an in-person visit to the doctor’s office.

If you’d like to read more about the future of telemedicine and other topics of interest to health consumers, check out our blog.