Telemedicine Growth Headed for $34 Billion and Beyond 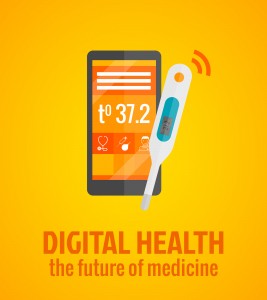 Digital technologies have created new avenues of growth in the field of medicine.

In one of the most optimistic forecasts ever published, Mordor Intelligence predicts that the total value of the international telemedicine market will top $34 billion by 2020, barely half a decade from now.

Entitled “Global Telemedicine Market — Growth, Trends, and Forecasts,” Mordor’s market research report was issued in early August 2015. The report predicts that this market will grow at a compound annual rate of 18.6 percent over the next five years.

Although the report foresees solid growth in all segments of the telemedicine market, it predicts that growth will be most robust in the following segments of the market: teledermatology, telepathology, telepsychology, and teleradiology.

More Elderly in Need of Care

While a number of factors are driving the rapid growth in telemedicine, the increasing number of elderly throughout the world has been a particularly powerful driving force. Other factors that have fueled telemedicine growth include the growing sophistication of medical hardware and software and a rise in the number of chronic illnesses being treated.

In the United States, for example, the passage of the Affordable Care Act, perhaps known best as Obamacare, has significantly increased the demand for medical care as more Americans get health coverage. This growth in the demand for medical services has not been matched by comparable growth in the number of medical professionals available to see and treat patients. Telemedicine offers ways to help bridge that growing gap between supply and demand.

Telemedicine also offers a means of addressing the medical needs of people who live far from big-city hospitals and medical centers. Setting up regional telemedicine clinics in rural areas that work hand in hand with major hospitals and medical organizations allows those who live in remote areas to get access to top-flight diagnostic and treatment services. It also helps to quickly identify those with genuine medical emergencies and those who need only routine, nonemergent care.

As bright as the future may look for telemedicine, it would be even brighter still if some of the obstacles to its growth were reduced or completely removed. Here in the United States, for example, there is a decided lack of uniformity to state and federal regulations governing the practice of telemedicine. While some states have embraced the possibilities offered by these new technologies, others have adopted a more restrictive approach to their use.

In Texas, for example, the state’s medical board has adopted regulations prohibiting teleconsultations between doctors and patients who have not already established a face-to-face relationship. The only exception to the Texas Medical Board’s stringent rule allows a specialist to consult via telemedicine in an emergency situation but only if the patient is in an accredited hospital or health facility and in the presence of another physician. 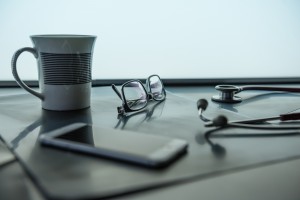 Telemedicine does not replace traditional medicine; it simply gives medical professionals additional tools to work with.

TMB’s restrictive approach to the practice of telemedicine is currently the subject of a lawsuit brought by Teladoc, one of the country’s largest providers of telemedicine services. Ironically, Teladoc maintains one of its two corporate offices in Lewisville, Texas, a northern suburb of Dallas. The company provides services throughout the United States but claims in its lawsuit that TMB regulations make it virtually impossible for it to operate in Texas.

Teladoc’s position was upheld by a federal appeals court, but TMB has not yet backed down and the litigation as of late August 2015 was before the Texas Supreme Court.

Other Obstacles to Growth

Other obstacles to telemedicine’s expansion include a reluctance by many doctors to buy into the telemedicine movement, the high initial costs of some of the technology needed to implement telemedicine, and reimbursement concerns. Slowly but surely, these obstacles are being addressed and dismantled, but it takes time and slows the forward movement of the telemedicine sector.

In yet another optimistic report on the outlook for telemedicine, Lockton Health Risk Solutions in August 2015 reported that the National Business Group on Health was projecting that up to 75 percent of large U.S. employers will offer a telemedicine option by the end of 2016. That broad support should provide added impetus to the forward movement of this high-tech form of medical care.

Quoted in the Lockton report is Skip Fleshman, a partner at Asset Management Ventures, which is focused primarily on digital health investments. Backing up his view that telemedicine has the potential to be “the biggest trend in digital health in 2015,” Fleshman ticked off three technological developments that are contributing to this robust growth: 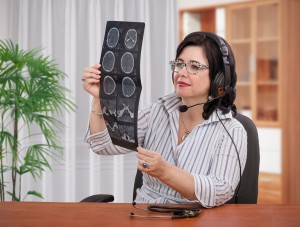 In its overview of telemedicine’s evolution, Lockton’s report points out that telemedicine has actually been around for some time, although until relatively recently it was in a much less sophisticated form than is available today. Actually, telephone conversations between you and your doctor fall into the broad category of telemedicine, although today most people visualize video-to-video contact as the optimal form of telemedicine consultation.

The next big jump in the telemedicine movement came when rural medical centers were linked with urban hospitals and their specialists to provide back-up via video conferencing technology for urgent care treatment of rural patients.

Kiosks in the Workplace

Today, some telemedicine providers are setting up kiosks in the workplace. Not only do these kiosks facilitate video consultations between patient and doctor, but they also incorporate extensive diagnostic equipment that can transmit the patient’s vitals to a doctor or hospital hundreds or even thousands of miles away.

Another development that is helping to foster growth in telemedicine is the growing acknowledgement by health insurers that video consultations are no less deserving of coverage than comparable in-person consultations. Lockton reports that more than 20 states and the District of Columbia have enacted regulations that require insurers to cover telemedicine on the same basis as they cover traditional face-to-face medical services.

Ideal for Some Employers

Although the advantages of telemedicine might well appeal to all companies, Lockton suggests that digital health technologies might be particularly appealing to companies located a considerable distance from medical centers and hospitals. Telemedicine might also be an ideal solution for companies that have groups of employees “with high emergency room utilization or many care-avoiders who do not have a primary care physician.”

Lockton also says telemedicine solutions make sense if an employer has employees who: