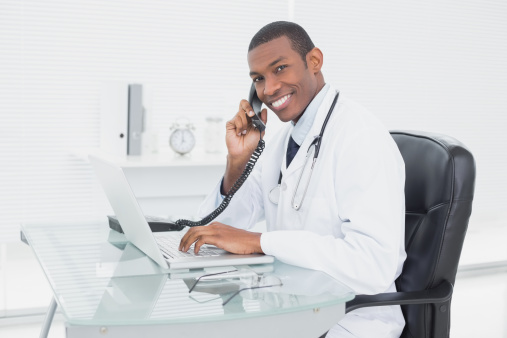 Telecommunications and remote conferencing are revolutionizing many services, including medicine.

Telemedicine is evidence that advanced technology is influencing every economic sector.

The delivery of healthcare services through remote monitoring and advanced telecommunications covers many aspects of health services delivery, from consultation among physicians to remote diagnosis via video of patients with routine illnesses. The benefits of telemedicine are varied and considerable, but cost savings and more efficient use of doctors’ time are two of the most-cited advantages of the telemedicine trend.

Healthcare executives are also largely supportive of telemedicine initiatives, because they can see the potential benefits to corporate bottom lines and to patient outcomes. There are, however, challenges that are slowing down more widespread adoption of telemedicine. State licensing of physicians sometimes causes problems when physicians need to treat patients across state lines. Another factor slowing adoption of telemedicine is a lack of standards for reimbursement of doctors through federal, state, and private insurers.

What Healthcare Executives Are Saying

Now that most provisions of the Affordable Care Act (ACA) are in place, healthcare providers have to assume more responsibility for their patients’ wellness due to a shift from a pay-per-services model to pay that is more tied to patient outcomes and wellness. Telemedicine is a natural fit for many of these requirements, because it allows services like remote patient monitoring and real-time remote interaction that are less resource-intensive than traditional care models. A major goal of both telemedicine and the ACA is keeping patients healthy and out of the hospital.

Of the healthcare executives surveyed, a sizable majority (64%) say that they already offer remote patient monitoring, and 54% say they offer store-and-forward technology. Store-and-forward technology allows doctors to electronically communicate with each other in a very efficient manner. If, for example, a doctor orders x-rays or other medical imaging studies, she can electronically store and forward these images to a radiology specialist for consultation rather than having them manually delivered, which would take far longer.

Reimbursement Is an Obstacle, but It’s Not Stopping Telemedicine

Currently, healthcare leaders consider reimbursement issues to be the primary obstacle to further implementation of telemedicine, but they’re not letting that stop them. Adapting telemedicine to the traditional fee-for-services paradigm is not always straightforward, and different payers have taken different approaches. 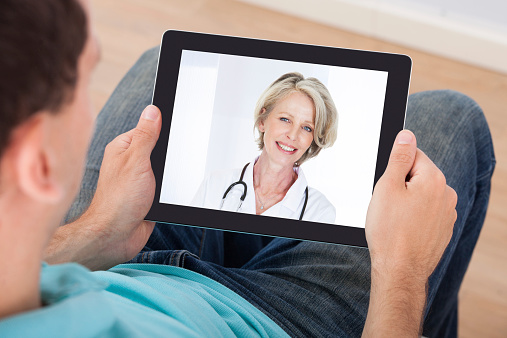 Technology is there, but policy and reimbursement are holding back telemedicine expansion.

Technology is no longer an obstacle to telemedicine. Some of the main technological challenges have to do with ensuring privacy of communications between doctors and patients by the use of encryption, but even these challenges can be surmounted with existing technology.

A survey was recently conducted at the Academy of Integrative Health & Medicine annual conference in San Diego of 754 practitioners, most of whom were physicians, and 56% of those surveyed said technology was ahead of the state medical board guidelines that regulate it. Less than 20% of practitioners responding to this survey said they are reimbursed for telemedicine services. But these doctors were largely supportive of telemedicine, particularly for follow-up visits.

The American Medical Association (AMA) and many insurers back reimbursement for telemedicine, yet most states don’t allow reimbursement for telemedicine. This is despite the widespread belief that video consultation could significantly ease physician shortages while being far more convenient for patients in rural areas. State legislatures and boards of medicine are reluctant to allow these services, citing worries that patients won’t receive adequate follow-up care.

The AMA addresses this worry with a model that emphasizes the establishment of a valid patient-physician relationship before telemedicine services are offered, and this model is similar to model policy adopted earlier this year by the Federation of State Medical Boards. But the AMA believes that more than half of states will attempt to implement or upgrade telemedicine laws addressing these issues in 2015. At the same time, federal legislation has already allowed expansion of telemedicine reimbursement for veterans, and rules changes are slowly adding more Medicare services that can be provided by telemedicine and reimbursed.

Telemedicine has the support of an increasing number of physicians, who are experiencing ever-increasing demands on their time and resources. In many cases, telemedicine can allow for more efficient use of time and resources without compromising patient outcomes. Patients who have telemedicine services as part of their employer-based health plans are also pleased with the convenience and savings associated with them. The wait now is not on technology, but for legislation and policy to catch up.

At Access Rx.com, we have been providing prescription medications to hundreds of thousands of customers for over 15 years, and are supportive of technological solutions that help consumers receive the medical care they need. When customers order from eDrugstore.com, they can be assured of an outstanding customer experience, and the highest standards of privacy and online security.