One Challenge for Telemedicine? Getting the Word Out 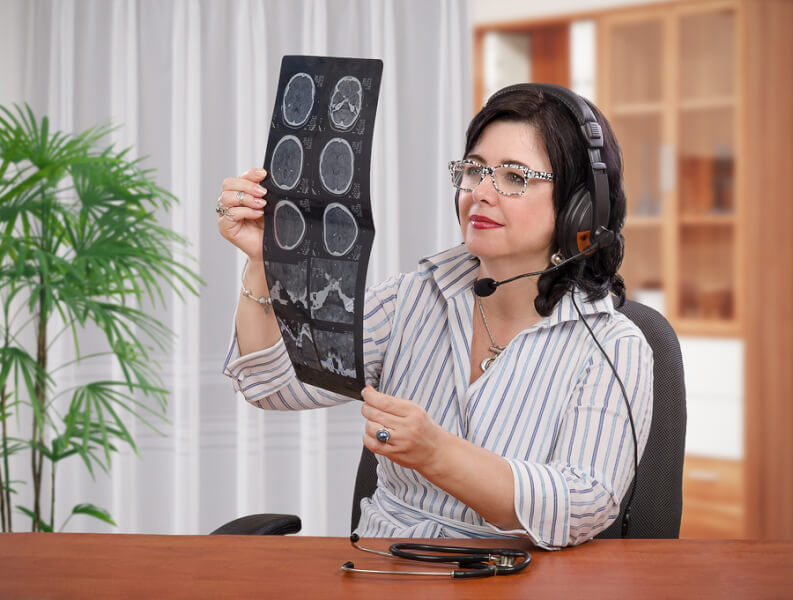 Getting the word out about availability is necessary for telemedicine to fulfill its potential.

More people know about telemedicine today than did a few years ago.

But that doesn’t mean it has become commonplace, despite the many benefits telemedicine offers over traditional office visits. In December of last year, a Harris Poll found that 64% of Americans would be “interested” in participating in telemedicine visits with their doctors. A study of doctors in May of this year found that 57% of them are amenable to meeting with patients via video instead of in person.

Telemedicine brings with it many challenges, including delivery of medical care across state lines (since doctors are licensed in individual states) and how insurers reimburse healthcare providers for telemedicine visits. Another challenge is simply getting the word out about availability. People are enthusiastic about telemedicine – once they know it’s an option.

Younger People More Likely to Know About Telemedicine
As you might guess, younger adults are more informed about telemedicine than are older adults. These “digital natives” who are used to using apps for everything overwhelmingly know that telemedicine exists. But nearly half of adults in the 45 to 64 age group (46%) say they haven’t heard of telemedicine, according to a recent HealthMine survey.

That needs to change, particularly for older adults, who may face transportation or mobility issues when planning healthcare. Fortunately, the technology for telemedicine is becoming common enough that the learning curve for telehealth is not nearly as steep as it was before applications like Skype were widely used. Millennials may come to take telemedicine for granted, but for people who grew up before the internet, it’s a new concept, even though it technically covers long-time practices like one doctor phoning another for advice on a specialty case.

These numbers are actually quite encouraging, because they don’t show a sharp generation gap between seniors and Millennials when it comes to embracing telemedicine. Educating people is going to be critical to improving adoption of telemedicine, as will new licensing regulations, insurance company reimbursement rules, and state laws defining what telemedicine does and does not include.

Telemedicine Can Be Particularly Helpful to Seniors

A couple of Medicare Advantage providers are offering telemedicine options to seniors, and results have been encouraging. Telemedicine is proving ideal for helping older adults receive follow-up care, avoid readmission to the hospital, and not have to miss appointments due to transportation issues. So far, fewer than half a million seniors have access to telemedicine, but Medicare is gradually loosening regulations so that this number is expected to increase in coming years.

University of California at San Diego Works to Promote Telemedicine

The purpose of the center is to expand training and outreach in telemedicine to community partners. Specifically, the center hopes to bring telemedicine innovation into communities that are underserved, whether urban or rural. Ultimately, the goal is to improve healthcare for vulnerable patient populations including the poor, children, and the elderly.

Nurses will be necessary for the expansion of awareness of telemedicine services.

Nurses and nurse practitioners are expected to play important roles in the expansion of telemedicine. Because nurses have long been on the front lines of patient education, they’re particularly well-suited to getting the word out about telemedicine and reassuring patients of the benefits of telemedicine.

Many states require nurse practitioners to be supervised by a physician, but nurses have been tremendously important in filling healthcare gaps, especially since many areas are experiencing physician shortages. And in some ways, nurses have moved ahead of doctors in terms of being ready for telemedicine. Currently half of the states participate in a nursing license compact that allows nurses licensed in one state to practice in other states – something physicians can’t do as readily.

Getting Word Out to Doctors as Well
Finally, it isn’t just patients who benefit from learning about telemedicine. Doctors need to stay abreast of telemedicine developments as well. Because physicians have so many demands on their time, they may not have time to consider how telemedicine can improve their practices. But telemedicine can be remarkably beneficial to physician practices, even when adopted on a small scale, such as offering electronic prescriptions that are automatically sent to a patient’s pharmacy of choice or allowing patients to schedule appointments online.

Telemedicine visits can save doctors time too. Average office visits take 10 to 15 minutes, but telemedicine visits can be concluded in a much shorter time frame, allowing physicians to see more patients, or to have more time available to spend on patients who have to be seen in person due to more serious concerns. Some telemedicine software packages also include tools like automatic electronic reminders that cut down on patient cancellations and no-shows, which can save practices thousands of dollars per year.