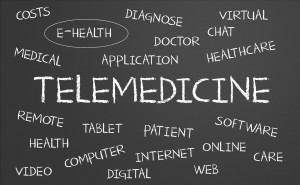 Telemedicine, in all its various forms, offers a cost-effective way to improve access to health care.

While such clinics help larger employers to keep health insurance costs under control, they represent too large an investment for most smaller employers who are turning instead to on-site telemedicine clinics.

According to an article posted at BusinessInsurance.com, Stewart Levy, president of Health Promotion Solutions, a health care consultancy, said telemedicine-enabled clinics are proving an effective alternative for companies with 200 to 500 employees. Speaking on July 1, 2015, at the annual conference of the Society of Human Resource Management Inc. in Las Vegas, Levy said such clinics facilitate the treatment of employees by a doctor via videoconferencing equipment from a mobile cart or kiosk in the workplace.

Ticking off some of the advantages of telemedicine clinics, Levy cited improved access to medical specialists and alleviation of transportation barriers to care. He also noted that having an on-site telemedicine clinic sharply reduces the need for employees to visit off-site urgent care centers.

Particularly attractive to small employers are the low costs involved in operating telemedicine clinics, which require little in the way of staff, said Levy. “It’s all about the care, and the ability to provide care more efficiently, and that’s what technology is going to allow us to do through telemedicine,” he said.

Although the trend toward on-site telemedicine-enabled clinics seems to be gathering steam, it is a movement that has been going on for a while. In a March 2013 article posted at HealthTechZone.com, contributing writer Jacqueline Lee offered a handful of examples of companies that had hopped on the telemedicine bandwagon.

One such example is North Carolina-based ScanSource, a technology company that offers a variety of services, including POS (point-of-sale) solutions and barcode scanning. Located in Greenville, North Carolina, ScanSource’s telemedicine clinic, which aims to reduce absenteeism and control costs, is operated in cooperation with Greenville Hospital System. 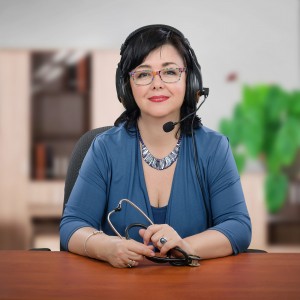 With telemedicine’s videoconferencing technology, employees in the workplace can interact via computer with medical professionals at a remote location.

As an example of small and medium-sized businesses that have adopted telemedicine solutions in their employee health care programs, Lee cited two closely affiliated companies based in the small town of Guilford, Maine., They are Hardwood and Puritan. To help their diabetic employees keep their health conditions under control, the companies arranged for virtual consultations with Richard Siegel, M.D., co-director of Tufts Medical Center’s Diabetes Center.

To facilitate these telemedicine consultations, the companies set aside a room where each diabetic patient, attended by an on-site nurse, could interact via videoconferencing equipment with Dr. Siegel.

Scott Wellman, chief financial officer of both Hardwood and Puritan, said the rationale for the telemedicine program was to give employees improved access to specialized health care while at the same time cutting health care costs for the company, which is self-insured.

In an interview with the Bangor Daily News, Wellman said, “Spending a little money upfront to get the telemedicine program . . . is a value purchase. We’re able to get [employees] their care plan and hopefully prevent major problems down the road that would cost significantly more money.”

Payroll Experts, which has less than 50 employees in its Scottsdale office, began offering the service to help counteract the loss in productivity it experienced every time an employee fell ill and had to leave work to consult a doctor or visit an urgent care center.

Alexia Matak, director of marketing at Payroll Experts, says that all too often employees who feel ill cannot get an immediate appointment with their doctor and end up visiting an urgent care center or emergency room. “Now they use the online exam as a convenient alternative.”

In addition to the convenience that the program offers Payroll Experts’ employees, it also helps to keep the company’s health insurance premiums under control. Typical ailments treated through the telemedicine program include allergies, skin irritations, and bladder and sinus infections. 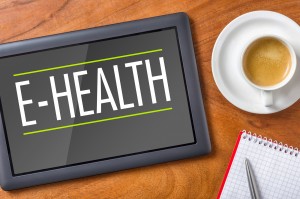 Tablets, desktop and laptop computers, and even smart phones can be used to set up teleconsultations with medical professionals.

Another of MeMD’s clients is Goodmans Interior Structures, based in nearby Phoenix. In January 2012, the company began offering its telemedicine service to its 150 on-site and remotely located employees as well as their families. In one early example of savings realized by the service, Brian Turner, Goodmans’ human resources director, cited a case in which an employee’s spouse fell ill at home and had no car.

“Ordinarily our staffer would have to leave work to take the family member to urgent care. But this time the sick spouse used a computer, webcam, and phone at home to communicate with [MeMD’s] nurse practitioner and get an online diagnosis and prescription, which the staffer picked up at the drug store on his way home after work,” Turner said.

Turner also pointed out that Goodmans had discovered that many of its employees were making extensive use of urgent care, a finding that helped the company  make its decision to offer the online service via MeMD. To encourage employees to take advantage of the telemedicine service, Goodmans has been offering employees a rebate to help cover the cost of their first virtual exam.

Of the savings that companies using MeMD’s service realize, an executive with the telemedicine provider estimated that its client companies typically save roughly $400 a year per employee in lower insurance premiums and reduced absenteeism.

In a report issued in August 2014, Towers Watson, a global professional services company, estimated that American companies could realize potential health care savings of up to $6 billion a year by maximizing their use of telemedicine. To achieve this level of savings, all employees and their dependents would have to use “technology-enabled interactions available today in place of face-to-face visits to the doctor, urgent care center, or emergency room (for appropriate medical problems).”

While such a wholesale shift to telemedicine in place of traditional health care practices is probably unlikely within the foreseeable future, “even a significantly lower level of use could generate hundreds of millions of dollars in savings,” according to Allan Khoury, M.D., Ph.D.

Dr. Khoury, a senior consultant with Towers Watson, points out that achieving such savings will require “a shift in patient and physician mindsets, health plan willingness to integrate and reimburse such services, and regulatory support in all states.”

Results from a survey conducted in connection with the Towers Watson report indicate that 37 percent of all the companies surveyed hoped to offer their employees telemedicine consultations as an alternative to traditional care by the end of 2015. Another 34 percent of the companies responding to the survey said they hoped to offer their employees telemedicine alternatives by 2016 or 2017.