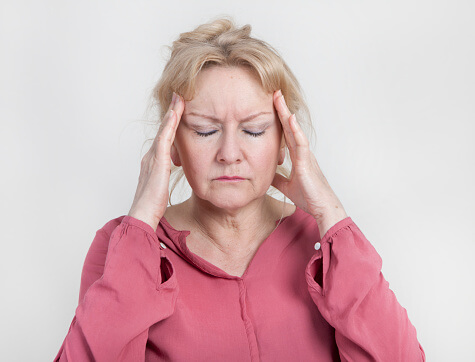 Telemedicine — the use of telecommunications technology to diagnose and treat patients remotely — has been growing at a rapid pace in recent years as the health care industry struggles to meet the ever-increasing demand for medical care.

Almost certain to accelerate that growth is a recently introduced digital app that caters primarily to the health care needs of women. After all, the U.S. Department of Labor’s  Employee Benefits Security Administration estimates that women make roughly 80 percent of all health care decisions for their families. On top of that, if someone in the family falls ill, a woman usually ends up assuming the role of primary caregiver.

Kate Ryder, a former journalist and an early stage investor with a London-based venture capital firm, gets credit for recognizing that there was something missing in the growing infrastructure for telemedicine. Looking at the resources already available on the telemedicine market, she says, ¨I found that what was out there didn’t have a specific focus on women’s health.¨

To fill this glaring gap, Ryder founded Maven, which describes itself as ¨the first digital clinic for women.¨ Its founding not only fills an obvious need for a female-focused telemedicine tool, but it also recognizes that busy 21st-century women don’t have the time to go to a doctor’s office with every health question that might arise.

In a late 2014 interview with Lyndsey Gilpin, a staff writer with TechRepublic.com, Ryder detailed the research that had gone into her decision to found Maven. During the summer of 2014, she held multiple focus groups, giving her the opportunity to talk to women about their health care needs and interests.

One recurring theme that popped up during many of these interviews was women’s need and desire for greater knowledge and understanding about some of the health care topics that are most important to them. Such topics include prenatal care, postpartum depression, breastfeeding, and how to cope with some of the tough times that may occur during pregnancy.

For Ryder, after talking to hundreds of women about their health care concerns and needs, it soon became apparent that what was most desperately needed was ¨on-demand access to care when they needed it.¨ Armed with this information, she began a thorough study of existing resources in the telemedicine — sometimes called telehealth — market. To her surprise, she confirmed that there was little available that specifically addressed female health care concerns.

However, she came away from her research impressed by the potential of this growing segment of the health care industry. ¨Telehealth is a very unsexy word for a really cool part of health care right now.¨

Ryder and her start-up team began building a framework for Maven in late 2014, assembling a team of health practitioners and building a website through which women could interact with those practitioners when the need arose.

However, to get the project beyond its beta test stage, Ryder had to get the seed money it needed to sustain full-blown operations. Thanks to her experience and connections in the venture capital market, Ryder was able to convince a number of investors that Maven was an idea whose time had come.

With $2.2 million in seed money, Ryder was able to get Maven up and running in early April 2015. The new digital app has much in common with earlier telemedicine apps such as Doctor on Demand and HealthTap in that its users can browse health discussion forums, ask health-related questions, and book video consultations with one of Maven’s practitioners. However, it differs from those earlier apps by focusing primarily on women’s health concerns. And in the early stages of its operations, Maven’s focus is even a bit narrower, catering especially to women of childbearing age.

As of late April 2015, the Maven app was available to be downloaded for use on the iPhone, iPad, and iPod Touch. However, a message on the Maven website indicates that Android and desktop versions of the app will soon be released.

Costs for a video consultation with one of Maven’s team of on-call health professionals, including nurse practitioners and nutritionists, start as low as $18, considerably less than the fees charged by Doctor on Demand or HealthTap. Appointments range in duration from 10 minutes to an hour.

By offering a broader range of health professionals, Maven recognizes that not every health concern a woman might have demands the expertise of a medical doctor and that many questions can be successfully fielded by other types of health care workers. This helps to keep the average cost of Maven appointments lower than those of some other telemedicine providers.

Once a woman has downloaded the Maven app, she can take advantage of its digital health services by typing out a brief description of her health problem or question. Maven will respond with a selection of doctors and other health professionals that may be able to deal with the issues involved. It is then left to the woman to select one of the recommended health professionals and book a video appointment. She will be informed up-front what the appointment will cost.

According to Ryder, women made up approximately 98 percent of the 300 health professionals on the Maven team, as of late April 2015. However, the operation’s administrative staff is roughly half women and half men.

Although only time will tell whether Maven successfully meets women’s needs for on-demand health care and becomes a financial success, the overall growth prospects for the telemedicine industry seem extremely bright.

In an article posted at Forbes.com, Skip Fleshman, a partner in Asset Management Ventures, writes that ¨telemedicine may just be the biggest trend in digital health in 2015.¨ Fleshman’s venture capital firm specializes in ¨early-stage startups spanning digital health, technology, and life sciences.¨

While Fleshman acknowledges that the concept of telemedicine has been around for quite a while, he bases his predictions of accelerated growth on the vast improvements in the technology that facilitates virtual consultations. In his Forbes article, Fleshman quotes Andrew Watson, M.D., chief medical director of telemedicine at University of Pittsburgh Medical Center.

According to Dr. Watson, ¨telemedicine is moving like lightning. We’re able to do so much more than before.¨ Specifically, he said that faster Internet connections and better software have improved video chatting far beyond what it once was. And with mobile devices in the hands of people everywhere, consultations can be conducted almost anywhere.