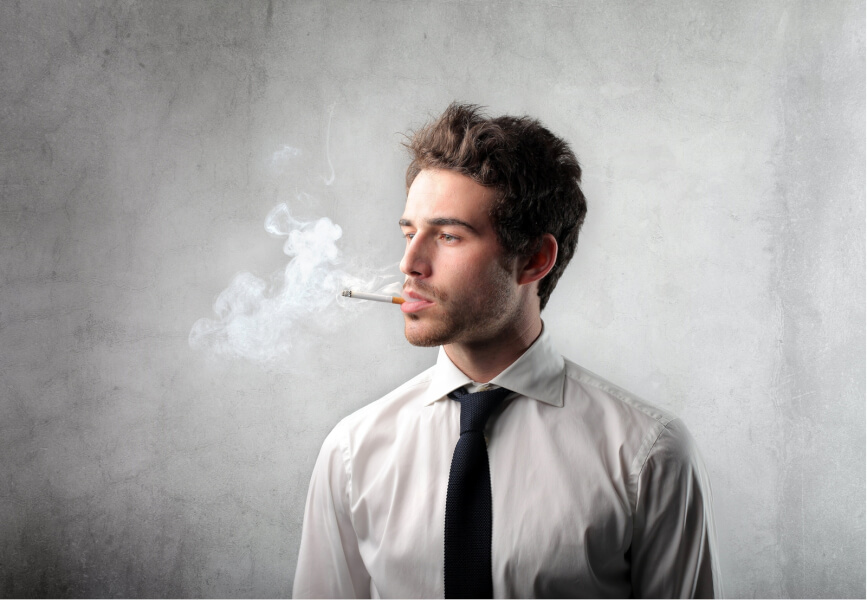 Once an exclusively male habit, smoking began winning female devotees in the mid-20th century. However, men smokers still significantly outnumbered women, and that has remained the same as more men and women flee the habit for health reasons.

In the early days, smoking was an almost exclusively male pastime. From the indigenous natives of North America, to sailors, and then soldiers, smoking became a habit that men widely embraced. Advertisements created by tobacco and cigarette companies originally targeted the men directly with their products. In addition, it was taboo for women to smoke in the early days of the tobacco industry. Also, the health concerns placed on pregnant women prevented or stopped them from smoking altogether.

The Trail of Smoke

Native Indian men, especially the Aztecs and Mayas, frequently gathered to smoke as part of social and religious ceremonies. Tobacco was later introduced to the sailors who visited these tribes. In 1564, an Englishman named Sir John Hawkins and his crew brought tobacco back to England. However, Spanish and Portuguese sailors were responsible for spreading the practice worldwide through their land conquests.

During World War II, cigarettes were rationed to soldiers for free by the tobacco companies, along with food and other basic necessities. Soldiers smoked cigarettes and became quickly addicted to them because they aided them in dealing with the stresses of war and being away from their loved ones. The tobacco and cigarette industries wanted to induce men to either start smoking or to consistently smoke. Hence, the early forms of cigarette advertising campaigns focused solely on men. The ads expressed how men who smoked were more masculine and were adored by throngs of women. Also, the liberating idea of smoking a cigarette was introduced by Marlboro through its advertising featuring a lone cowboy riding on a horse.

Smoking was deemed to be a man’s activity, and it was considered to be not very ladylike for a woman to smoke in the early years of the 19th century; if women smoked, it was behind closed doors. Thus, it was a big moment when Eleanor Roosevelt smoked in public in 1934. Furthermore, women who were pregnant had to stop smoking because smoking could result in fetal abnormalities, and a tier of other health issues found at birthing.

Respiratory diseases and various types of cancer affect both men and women who smoke. Smoking greatly increases the chance of a person contracting these diseases and significantly reduces their longevity. Thousands of people die from smoking- related illnesses each year, and the health costs associated with the treatment of these ailments tallies well into the billions.

Although researchers have yet to come up with a definitive explanation for why male smokers outnumber their female counterparts, speculation centers on the likelihood that women are generally more health-conscious and thus more likely to kick unhealthy habits. As of 2017, 18.6 percent of American men smoke, compared with 14.3 percent of women, according to KFF.org.

How To Quit Smoking

To ensure that you have the best quality of life possible, you should stop smoking immediately. Many people are now using prescribed medications such as Chantix to beat the urge to smoke and to break the habit for good. Consult your doctor about Chantix if you are considering quitting smoking.

If you’d like to order Chantix online, consider doing business with longtime online facilitator eDrugstore.com, which is based in Tempe, Arizona. If you don’t have a prescription for Chantix, eDrugstore can arranged a complimentary online consultation with a licensed U.S. physician who can authorize a prescription if appropriate. To learn more, visit eDrugstore’s Stop Smoking page.