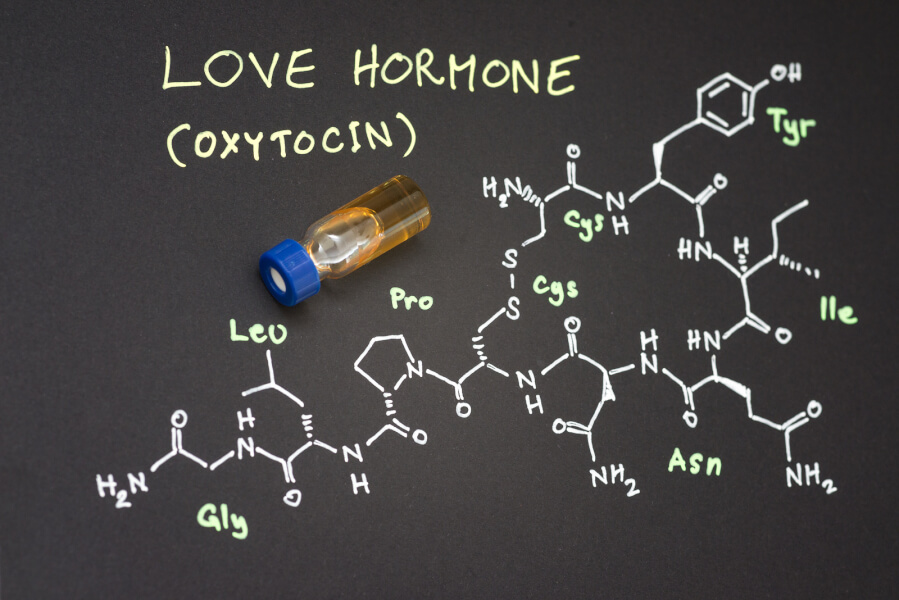 Dutch researchers find that the so-called love hormone has a dark side. While it can foster feelings of trust and generosity among some people, it can also fuel prejudice and even violence between disparate groups.

Oxytocin has garnered a lot of attention over the years because it’s widely referred to as the “love hormone.” Oxytocin is a peptide hormone that is naturally produced in our brains but is also available as a prescription-only supplement. As it turns out, the chemical can provide some major, unwanted side effects. Researchers have found that oxytocin has a dark side and that it may actually foster feelings of prejudice and perhaps even incite violence.

Oxytocin is known to foster both trust and generosity between people, particularly between mother and child. It is associated with altruistic feelings and behaviors, but new research has led scientists in the Netherlands to warn:  “Oxytocin should not be used for recreational purposes.”

A new report has been written by researchers in the Netherlands who recruited 280 male Dutch volunteers to take part in five oxytocin experiments. The experiments asked the men to perform certain functions based on what amounted to positive or negative feelings about last names that were Dutch, German, and Arabic.

Although the study’s findings are too substantial and complicated to list in full here, the Dutch participants who were administered an oxytocin spray were more likely to display negative feelings towards outside groups than participants who received a placebo spray. The researchers concluded that oxytocin makes people prefer their own group over other groups.

The findings essentially show that while oxytocin may be associated with altruism, this goodwill may come at the expense of outsiders. In other words, oxytocin may foster feelings of ethnocentrism that could lead to prejudice, social discrimination, and worse.

Researchers agree that oxytocin is a very complicated brain chemical that needs to be tested further. No one understands exactly how oxytocin operates in the brain, but some scientists think it reacts with a part of the brain that controls fear.

One scientist who was not involved with the Dutch study told ScientificAmerican.com that “oxytocin may provoke a wide range of emotions and behaviors related to social behavior and parenting, such as trusting collaborators, feeling love and compassion, as well as attacking potential intruders and competing with rivals.”

The Dutch study was published in the Proceedings of the National Academy of Sciences.

Oxytocin does serve a bona fide purpose in the medical field. Produced by the posterior lobe of the pituitary gland, oxytocin stimulates contraction of the smooth muscle of the uterus. Therefore, it is used commercially (after being obtained from beef or hog pituitary glands, or by synthesis) in obstetrics to induce labor and to control postnatal hemorrhage.

Oxytocin should not be confused with oxycodone, a narcotic alkaloid related to codeine and marketed under the brand name Oxycontin, an opiate drug used as a painkiller and, illegally, as an alternative to heroin.

If you’ve found this article helpful and would like to see more of the same, follow our blog on a regular basis.