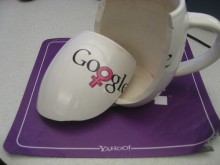 Google is many things to many people, but as a business, Google is in one industry above all others: selling advertising.  96% of its billions upon billions of profits come from those ads you see next to and above your search results.  Google ads are valuable because Google can guarantee the traffic to the keyword: most of the Internet uses Google as its default search engine.

The problem, though, is that anybody can buy a Google ad, including criminals, and Google keeps the money while the consumer has no one to turn to.

It’s more than just an ethics issue: websites are legally on the hook for the behavior of their advertisers.   It’s an especially big problem for Google, which largely automates its advertising purchases: customers bid on keywords to place ads next to, just like any other online auction.  Google works hard to maintain the security of its system and verify the identity of its customers, but like any system, it can be tricked, and that’s where the problems come in.

One of the biggest areas in online fraud is illegal pharmacies.  As we’ve mentioned, illegal pharmacies cost legitimate pharmacies, pharmaceutical companies, and consumers billions, as well as putting their health at risk with low-quality or even counterfeit medication.  In a recent example, hundreds of men in Singapore took counterfeit Viagra that contained a potent diabetes treatment, causing serious organ damage, coma, and even death.  Even worse, they have connections with organized crime and other dangerous entities.  Counterfeit medication is one of the few areas where public health and racketeering intersect. 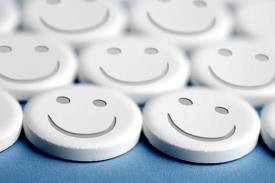 But there’s no denying the market is there.  Fraudulent pharmacies target customers who may potentially be embarrassed about going to their doctor to obtain drugs like Propecia or Viagra, or whose doctor has refused to prescribe them the medication, or who may simply be looking for the cheapest possible deal.  In addition, there are millions of seniors, some with thirty or more prescriptions, on fixed incomes, looking to save a few dollars in their already tight budgets.  Fraudulent pharmacies use targeted keyword ads to find these customers as they Google for their medication, offering them surprisingly low prices and a reassuring, but false, word of comfort as their money is taken and they get nothing in return.

Recently, Google admitted it had set aside $500 million for a potential settlement of fines with the Justice Department, catching even the most dedicated and keen-eyed Google watchers by total surprise.  It turns out that fraudulent pharmacies had bought hundreds of millions of dollars in Google Ads…which raises the troubling question of just how much money these fake pharmacies made, if they could spend that much money attracting customers.  It’s very difficult to track just how much money the fake drug industry collects in a given year, but it’s been speculated to be billions in fraud.

It’s doubtful that Google was knowingly selling advertising to fraudulent pharmacies: this is a company whose motto is “Don’t be evil”, and they recently teamed up with other Internet giants like Microsoft to fight fraudulent pharmacies.  It is, however, a potent reminder of some old, old advice: let the buyer beware.