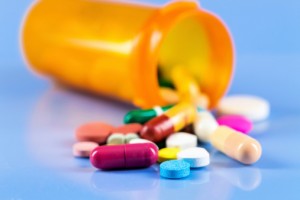 Some telemedicine critics have voiced concern that it might lead to an increase in the prescriptions of drugs that are unnecessary and potentially harmful.

Although today’s headlines are filled with stories proclaiming telemedicine as the wave of the future in health care, not everybody is as enthusiastic about this development or as convinced that it promises better medical care for the masses.

One argument that has been posed by some opponents of widespread telemedicine use is that it may well lead to the increased prescription of drugs that are either dangerous or inappropriate for the symptoms that a patient presents.

Forgetting for a moment about telemedicine altogether, the overprescription of antibiotics has been a subject of controversy within the medical community for some years now. It is theorized that the increase in the presence of harmful bacteria resistant to antibiotics is at least in part the result of doctors prescribing antibiotics — particularly broad spectrum antibiotics — when their use is inappropriate based on the initial diagnosis of patients.

Patients have had to share in some of the guilt for this phenomenon, because of widespread — but erroneous — health consumer assumptions that antibiotics are needed to wipe out any sort of infection they might contract. This has led to patients with a bad cold — a viral infection — demanding that their doctors give them an antibiotic to help reduce their symptoms. Antibiotics, of course, are effective only against bacteria, not viruses.

It is hardly surprising that medical professionals who are less enthusiastic about the rise of telemedicine have suggested that telemedicine consultations with patients, as opposed to face-to-face meetings in doctors’ offices, might lead to even more unnecessary prescriptions for antibiotics.

However, a recent study from the RAND Corporation should help to assuage some of those concerns. The RAND study, published online at the website of JAMA Internal Medicine, showed that patients treated via telephone — the most basic form of telemedicine — for an acute respiratory infection are as likely to be prescribed an antibiotic as those treated in a doctor’s office for the same health complaint.

One significant difference between patient treatment via telemedicine or in a doctor’s office is a greater tendency for telemedicine patients to be prescribed a broad spectrum antibiotic. This is somewhat concerning because these types of antibiotics are more expensive and are more likely to contribute to the rise of antibiotic-resistant bacteria. 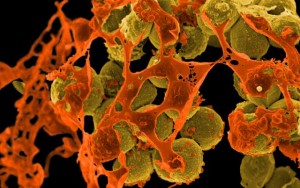 Overprescription of antibiotics is believed to have led to an increase in antibiotic-resistant bacteria, such as the round methicillin-resistant Staphylococcus aureus bacteria seen in the super-magnified image above.

One thing that the study did confirm was that medical professionals, regardless of setting, continue to have a tendency to prescribe antibiotics even in situations where their use would seem to be unnecessary.

Of the RAND study’s results, lead author Lori Usher Pines said, The pattern of treatment offered to patients who saw a physician face-to-face versus those who spoke with a physician on the telephone was not substantially different. However, we found the antibiotics prescribed during telemedicine ‘visits’ raised some specific quality concerns that require further attention.”

For the RAND study, researchers evaluated roughly 1,700 patient “visits” to Teladoc physicians between April 2012 and October 2013. Founded in 2002, Teladoc is one of America’s most prominent telemedicine providers, offering 24/7 consultations with a team of doctors who are U.S. board certified in family medicine, pediatrics, and internal medicine.

The prescription of antibiotics for patients seeking medical consultations through Teladoc was compared with the experiences of about 64,000 patients who actually visited a doctor’s office with a similar medical complaint.

Fueling the demand for telemedicine services has been the shortage of primary care physicians, which is expected to be even more keenly felt as a growing number of Americans are able to get health coverage under the Affordable Care Act.

The RAND study was the first of its kind to actually evaluate comparatively the care given to patients via telemedicine with the in-person care accorded patients, all of whom sought professional attention for the same medical condition.

In the conclusion to its study, RAND Corporation researchers suggest that telemedicine providers should initiate quality-improvement programs to ensure that the physicians on their teams prescribe antibiotics only when absolutely necessary. At the same time, it indicates that a program of patient education might persuade patients to refrain from demanding unnecessary antibiotic prescriptions, pointing out the potential dangers of taking antibiotics when they aren’t really needed.

During its annual meeting in June 2014, the American Medical Association adopted a list of guiding principles that it said would ensure “the appropriate coverage of and payment for telemedicine services.” Although on the face of it, the AMA move seemed a step in the right direction, it was based on a premise that many telemedicine advocates believe would hobble the growth of this new segment of the health care market. 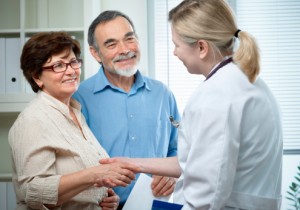 While many in the health care industry have welcomed telemedicine as a cost-effective alternative to in-person visits to the doctor, some seem reluctant to endorse this new approach to health care.

Here’s how AMA President Robert A. Wah, M.D., summed up the powerful organization’s stand on telemedicine: “We believe that a patient-physician relationship must be established to ensure proper diagnoses and appropriate follow-up care. This new policy establishes a foundation for physicians to utilize telemedicine to help maintain an ongoing relationship with their patients, and as a means to enhance follow-up care, better coordinate care, and manage chronic conditions.”

Dr. Wah’s explanation of AMA’s stand on telemedicine seems curiously similar to the position the state of Texas has taken on the practice of this high-tech approach to medicine within the borders of the Lone Star State. Members of the Texas Medical Board voted 13-1 on April 15, 2015, to prohibit physicians from diagnosing, or prescribing medications for, patients that they had not first seen in person.

The TMB did make one exception to this rule, however. It said that patients who were already in a hospital or medical clinic and in the presence of a qualified medical professional could receive care via telemedicine, which presumably leaves the door open to specialists consulting via telemedicine on a complicated case.

As this article is written, the AMA is preparing once again to gather for its annual meeting. On its agenda will be consideration of new policy guidance for telemedicine. It remains to be seen whether it will relax its position on the need for a pre-existing patient-physician relationship as a requirement for telemedicine care.

In a report released a couple of weeks before the AMA’s annual convention, its Council on Ethics and Judicial Affairs had the following to say about telemedicine: “As the public becomes increasingly fluent in utilizing novel technologies in all aspects of daily life, evolving applications in health care are altering the contours of when, where, and how patients and physicians engage with one another.

“In any model of care, patients need to be able to trust that physicians will place patient welfare above other interests, provide competent care, provide the information patients need to make well-considered decisions about care, respect patient privacy and confidentiality, and take steps to ensure continuity of care,” the statement concluded.